Welcome to California.  Isn’t that a great picture???  Wanna see it really big?  Click on it. 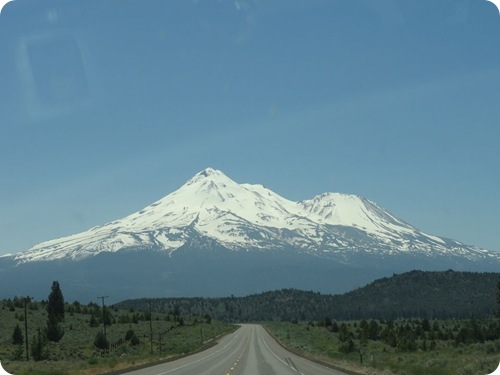 Here are a few statistics and observations about the Cowboys and Coal Mines Model T Tour.  They ended up with 96 registrations even though they had a cutoff at 80.  Our registration number was 80 even though we mailed at the earliest opportunity.  Four countries were represented, Canada, USA, Australia, and England. There were cars from 4 Canadian provinces and 14 U.S. states.  Alberta had the most cars registered with 28, California was second with 21 cars and Washington was 3rd with 16 cars.  Cars that came the farthest:  one car from Australia, and then Ontario, Indiana, Texas, Arizona, New Mexico, Wisconsin.

We put 2449 miles on the Bronco and got a little over 12 mpg.  One new trailer tire was purchased. Now that I have replaced all 4 of the original tires, do you think I am done?  In Alberta, we put about 500 miles on the T.  Only problems were with the carb.  If it ain’t broke don’t fix it, and where in the world did I get that load of rusty watery fuel?

National Model T Ford Club tours are always great, it gets us out into country we might otherwise not visit, and we get onto the backroads and drive in the slow lane, which gives you the time to really see the countryside.  Western Alberta was beautiful, rolling green prairie ending abruptly at the snow covered Rocky Mountains. Just like driving through a postcard.  And everything is on such a big scale, the ranches are huge, thousands of acres each. This year, they said that area had 500% of normal rainfall, it poured down rain right up to the day our tour started and then it was beautiful.  A little windy at times, Pincher Creek is the wind capital of Canada, they say, one thing is certain, they have a lot of wind machines all churning out electricity.

We alternated between ski jackets, hoods, gloves and earmuffs and short sleeved shirts, depending on the time of day and where we were. The Canadians laughed at us.  There we would be all bundled up and the locals would be in shorts and sleeveless tee shirts.  We did find this little tome that kind of explained it all.

To you T drivers, you missed it, don’t miss the next national tour.

I guess we won't be visiting Canada anytime soon......we are complaining about how cool it is here after our heat spell last week. You guys do a great job of writing and we enjoy reading it all.

Bravo! Bravo! We'll try to make the next one.
Thanks for letting us "ride along."
-Bob & Mary B.