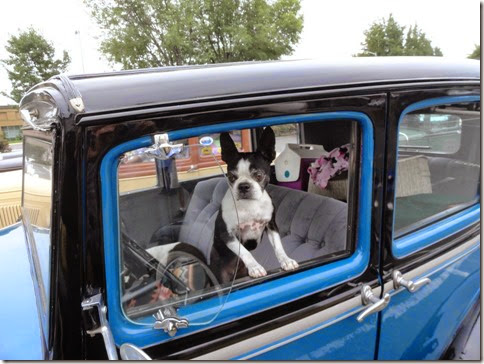 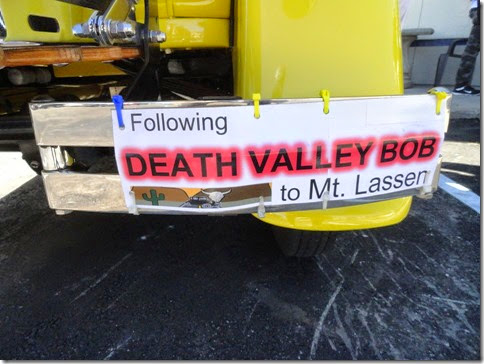 Milpitas to Livermore to Stockton to Jackson to South Lake Tahoe.  19 Model A’s, 5 moderns with 48 people and 4 dogs at the start.  At the end of the day we now have 18 Model A’s and 6 moderns.  And how did that happen?  Rodger’s A decided it did not want to climb the mountains, not sure whether it is a head gasket or ?  Anyway, went home on the big yellow truck and retrieved a modern car and will catch up late tonight.  Did have one other non-fatal casualty, Chuck C threw a fan blade. 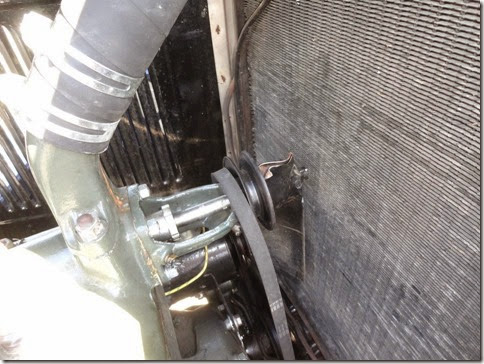 That is the bad news, the good news is that it did not touch anything on the way out and Chuck had a spare.  Other minor stuff, 680 is so damn bumpy, that Ray’s fuse departed the fuse holder,  Mark C doing a little overheating on the steep parts, maybe we should keep track of the gallons.

Our route was mostly back roads, and the drive up route 88 was quite enjoyable, especially as we began to see some fall color. 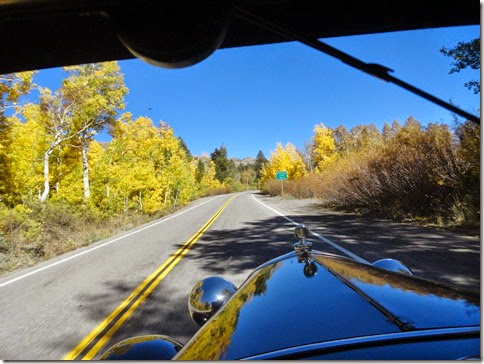 We have a little game going, where the ladies are looking to see how many wildlife they can spot and who can spot the weirdest sign.   The men just get to drive, “keep your eyes on the road!”

Got a partial group picture at Carson Pass,,,,,,, 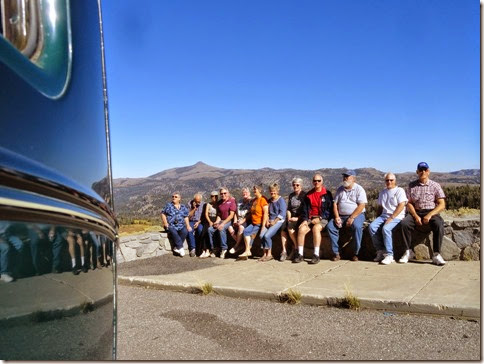 And at the Bear River Overlook, we met up with John and Judy Guzzetta and 5 cars from the Sonora A’s.   And here in Tahoe, John and Nancy Jorgensen drove up from Reno to have dinner with the group.

Glad everyone got there safe...Looks like a busy day. .Looking forward to find out what happens tomorrow.