Breakfast at McDonalds and headed west, and it is mostly downhill to Redding, so we went like gangbusters.  First stretch a leg stop was at the Sundial Bridge in Redding. This is a really neat footbridge across the Sacramento River, single mast, cable stayed, glass plate walkway. 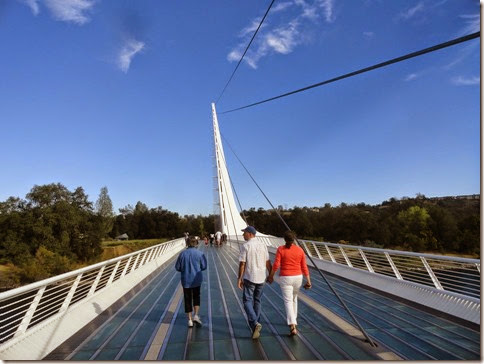 Before we ventured onto the bridge, we had to be sure we met the dress code.  The first line on the sign pretty well tells the story. 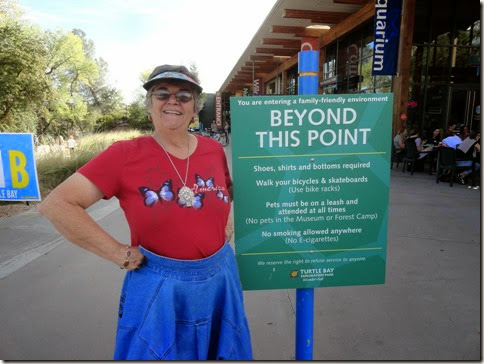 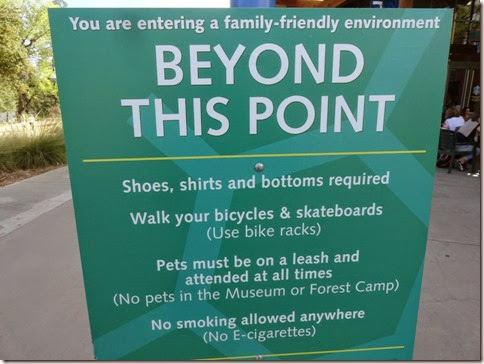 We had our bottoms on so it was okay.
Hopped onto I5 for a 31 mile run to Red Bluff and a visit to the Salmon Viewing Plaza, which we found has been unused for 5 years.  Apparently the website that lured us here has not been updated for those 5 years.   It was interesting anyway, because a very knowledgeable park docent came by and gave us the real story about judges and fish and the corps of engineers.   So in the end, it was well worth the stop.   Gotta contact the web people and let them know their site is sadly out of date.  You know what?  That docent could be Fred Wilkinson’s doppelganger. 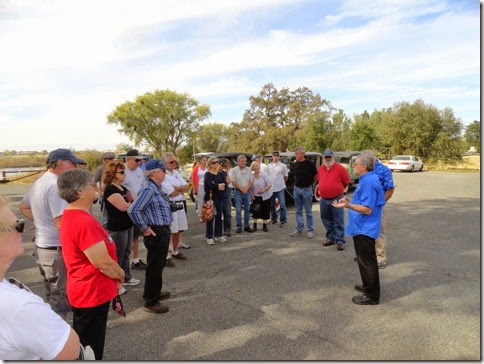 In the afternoon we stopped in at the Mitchell Overdrive shop in Colusa.  Steve Mitchell showed us around the shop and explained a lot of the fine points of making a synchro transmission and overdrive.  The men were fascinated. 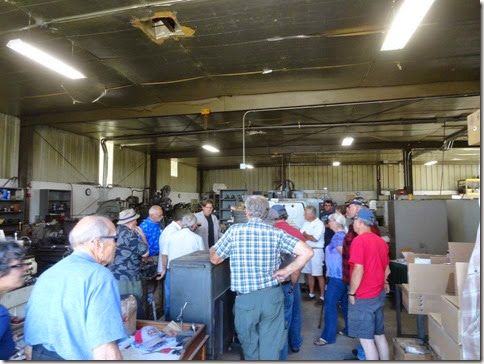 And the ladies were vitally interested as they chatted with Sue Mitchell. 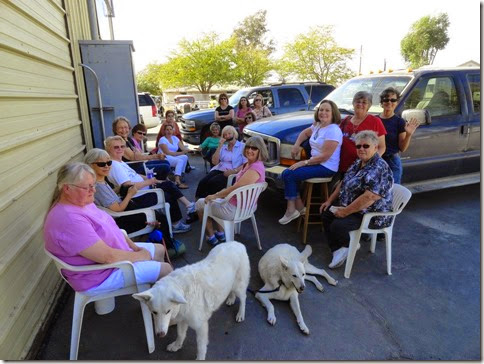 From Colusa to Woodland should take one hour by Model A,  if you can follow the route.  Actually 19 out of 20 cars missed a subtle little turn where route 45 takes off from route 20 just south of Colusa.  Result:  most people did a tour of Yuba City, some even went to Marysville and so it took 2 hours and more to get to Woodland.   Bunch of red faces.
But, food will solve all conditions, and the group descended on Ludy’s BBQ in Woodland for dinner.   Ribs and Tri-tip all around for the Model A Food Club!!! 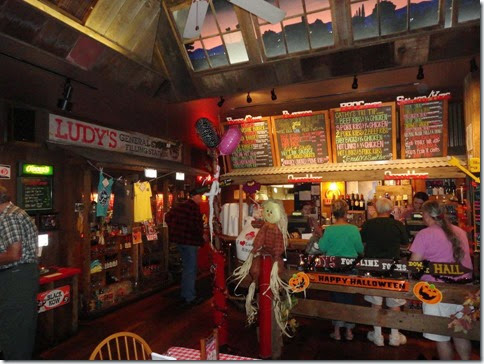 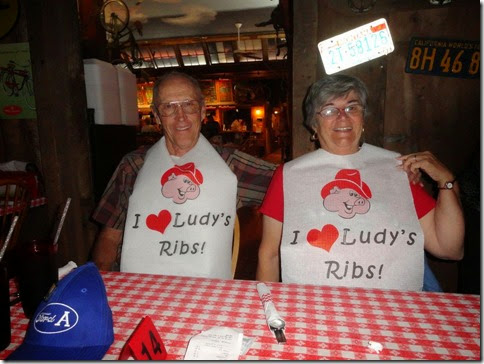 Apparently someone told the staff that it was Patti’s birthday and a birthday cake appeared. 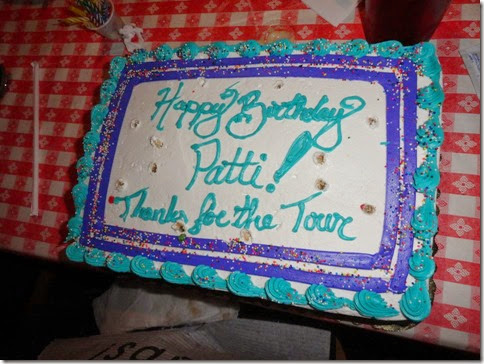 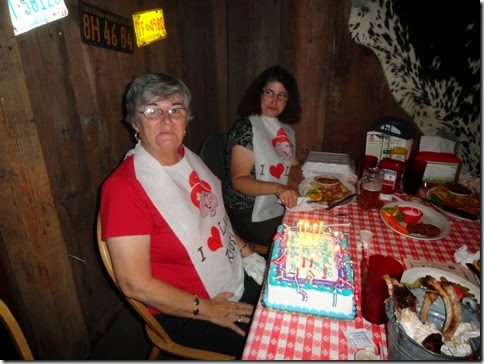 We are stuffed and ready for bed..      ZZZZZZZZZ……
Okay, I looked up the missed turn on Google street view and here is the sign that everybody missed. 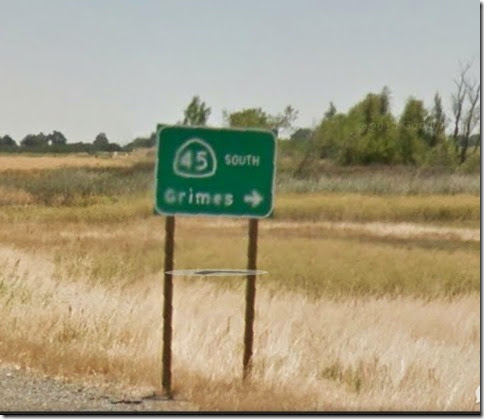 Happy Birthday Patti....Looks like you had a great day...Great pictures!!!!!!