Boy, some maddening developments today.   Overnight, a truck, trailer and speedster were stolen.  And one vehicle broken into in the parking lot behind the hotel. That is the bad, the good is, they found the truck and arrested two scumbags, but have not located the trailer yet.   The hotel has a security guard walking the parking lot tonight.   I would like to invoke sharia law for this, whack of their hands.

On a lighter note, Sam the snake found one final place to lurk,  Bill bratt's speedster. 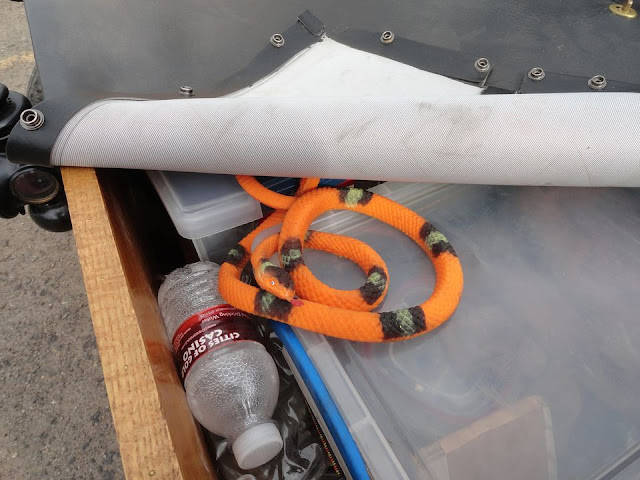 Nice easy day, toured within 10 miles of the hotel, including getting lost.  Found our way to Old Town and Pat bought two ankle bracelets from this nice Indian lady who is a sidewalk vendor. 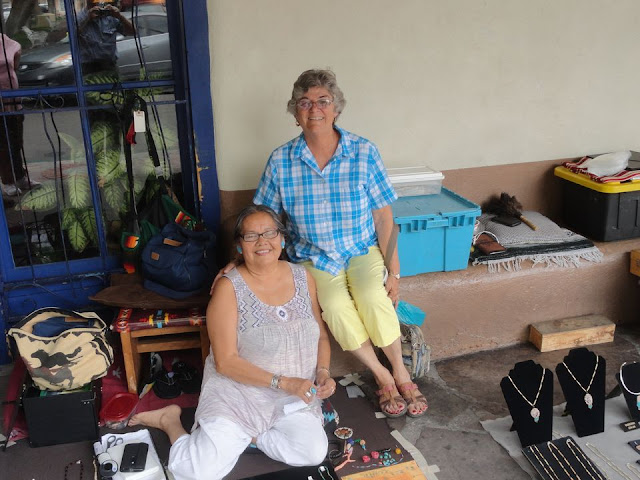 Our next stop was the Unser Racing Museum 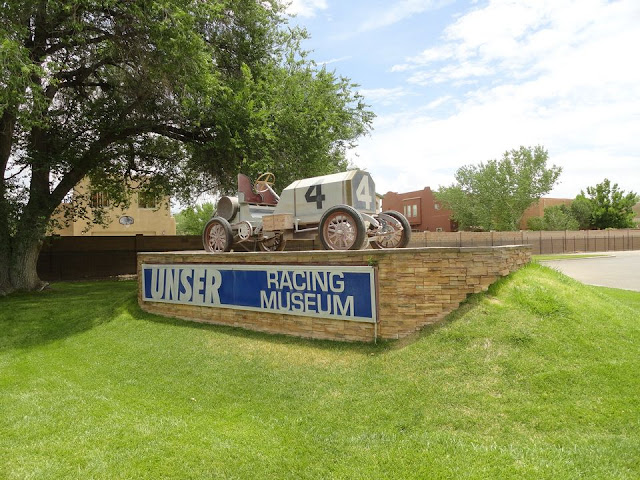 The ladies were all thrilled and loved it, Ray and I hated it. 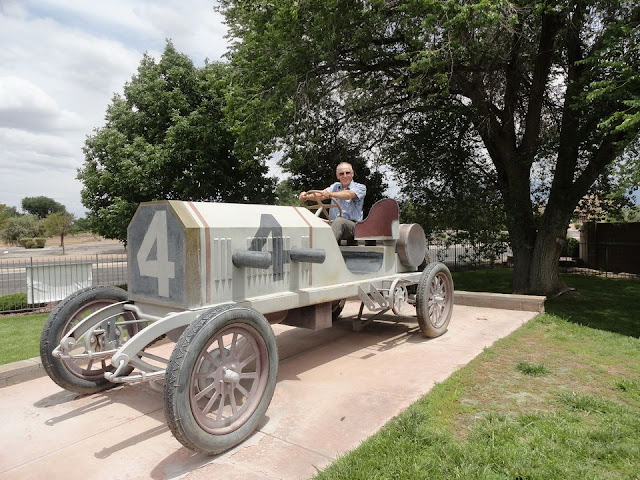 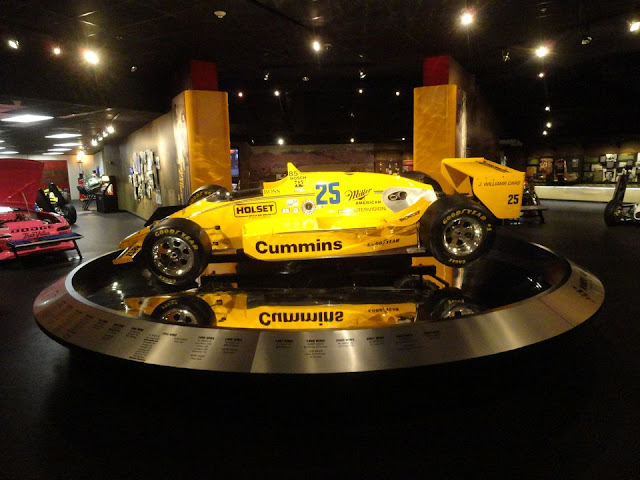 The above is the car Al Unser won Indy at age 47.  They had a simulator that you could drive 5 laps at Indy in.  I was very fast but I hit the wall three times,  don't laugh.

Tonight, the wrapup banquet.   Ed Archer provided some of the entertainment. 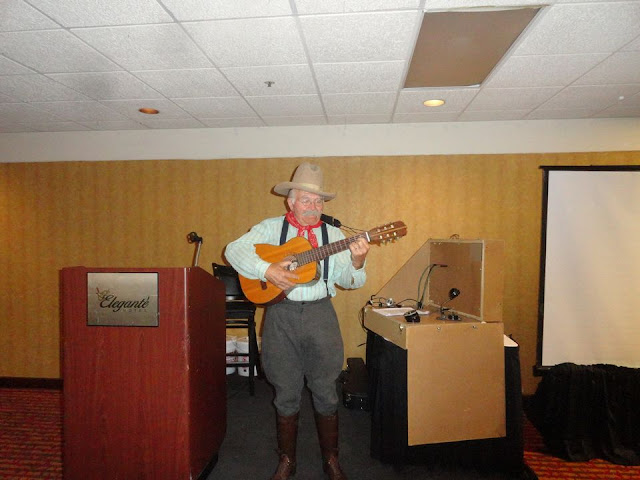 Managed to get a picture of most of the folks there,,,,, 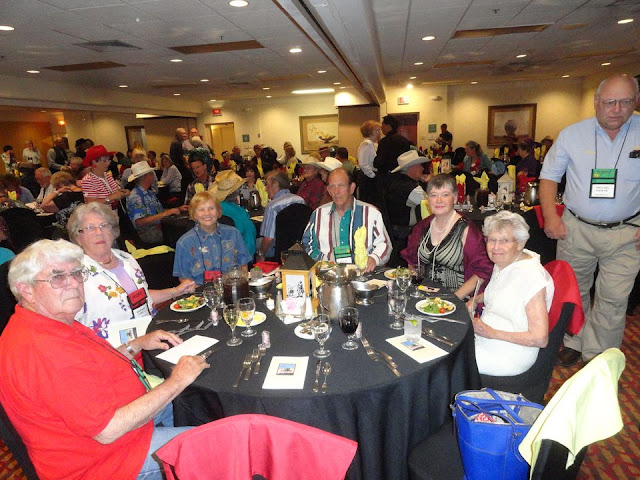 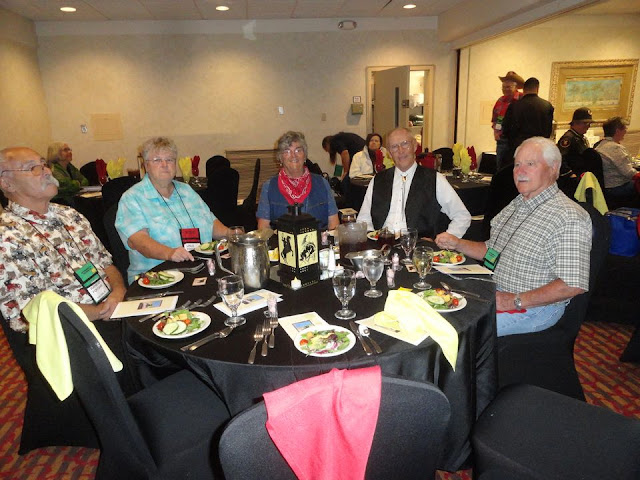 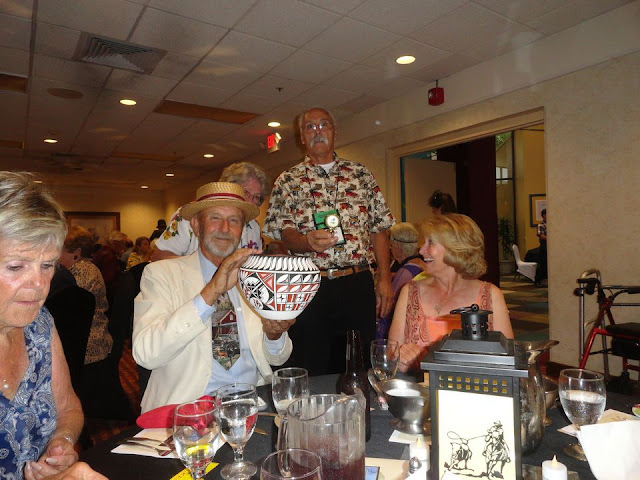 The other part of the entertainment was Lorna Azevedo's Ernestine at the switchboard.  Hilarious. 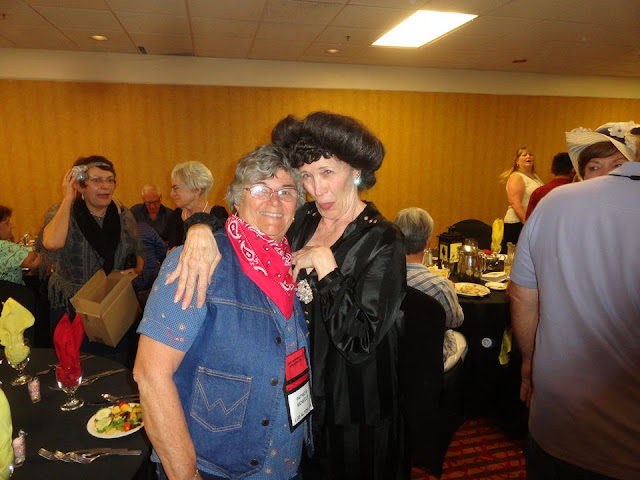 Well that is it for this Model T Tour, next year's tour is a return to Whitefish, MT.  Lot's of people remember that one and the Majestic Mountain Ski Resort transmission eater hill.

We won't be blogging on the trip home, just pedal to the metal, will do an epilogue later.
Posted by Bob M. at 8:24 PM

I saw something on Facebook about the theft. It said that Albequeque is the 2nd largest auto theft city in America. Sad. but if they caught the jerks who stole it, maybe they can recover the car.
Bob B.