Home we are, despite the best efforts of CA highways to reduce our rig to a pile of rubble.  Coming up I5, which is breaking up very badly in the truck lane, we slammed from one hole to the next for miles on end, resolving never to do I5 northbound again.  Finally, Patti heard metal dragging on the road.   Started out with an occasional ping and finally got loud enough and continuous enough that I could hear it, we pulled to the side of I5, which is a bad thing to do anytime.  The damn tail pipe has broken just aft of the last hanger, just couldn't take any more jouncing I guess.  I broke it off and we went to the next exit to deal with it.  Baling wire and plumbers tape to make a temporary hanger and we came on home. 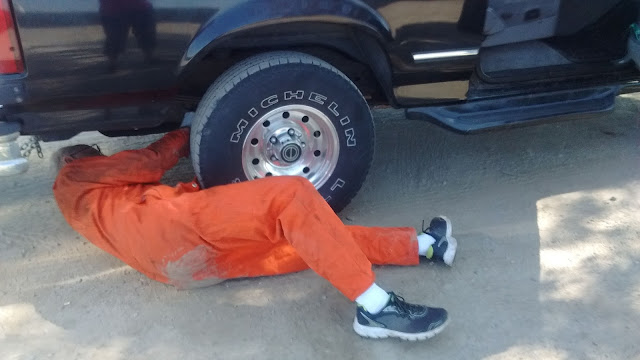 Yesterday evening, Pat went out to take the Fusion downtown and came back in and said it is vibrating.  Raised the hood and this is what we found. 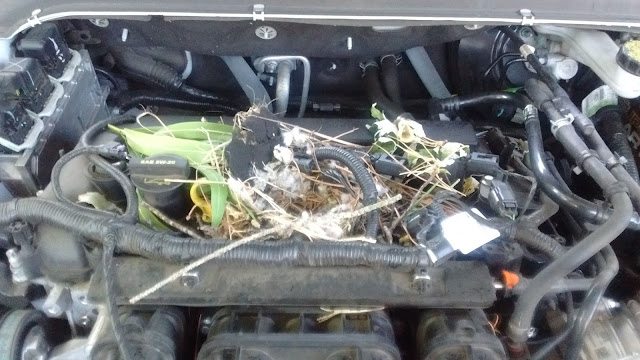 A damn rats nest, Fusion running on 3 cylinders because of the chewed wires. 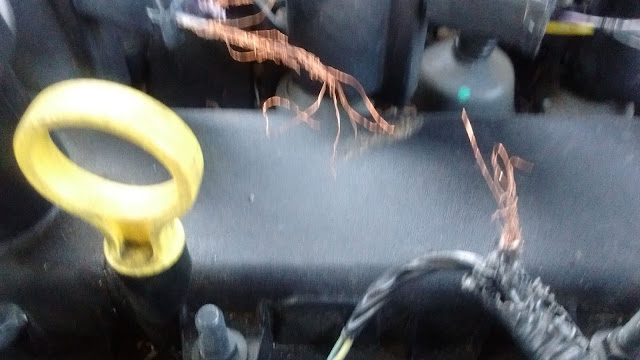 Spliced in some new wires and set some rat traps.   Went out this morning and the new wires and more of the other wires were chewed, no rats in the traps.  Got it to run again, more drastic measures required.  (machine gun?)         End of story.   Where we goin' next year?

Looks like an awesome trip!!
(I can not believe the rat nest -- that is crazy!!)