Had the idea for this Model A tour when I read a little news item about the last two ferries in CA that are operated up in the Sacramento Delta by Caltrans.  So laid out a route, added a couple more attractions and generated this flyer,,,,,, 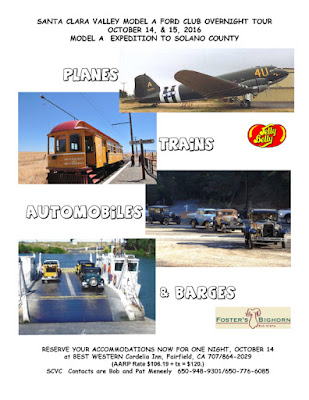 Lots of folks responded and we left the starting blocks with 18 cars, 14 A's and 4 moderns.  I might mention that the weather forecast was dire, rains heavy at times, for the whole area.  But we got a little bit lucky and kind of dodged the heavy stuff.  The ferries were fun, we split the group in two and one group took the ferries from E to W, and the other group took them from W to E and we passed in the middle. 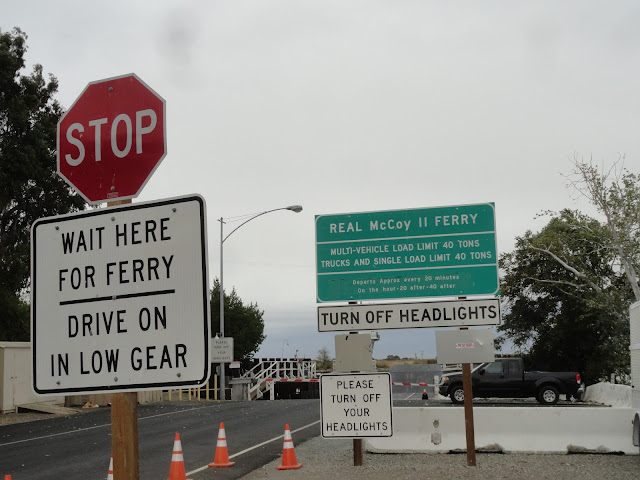 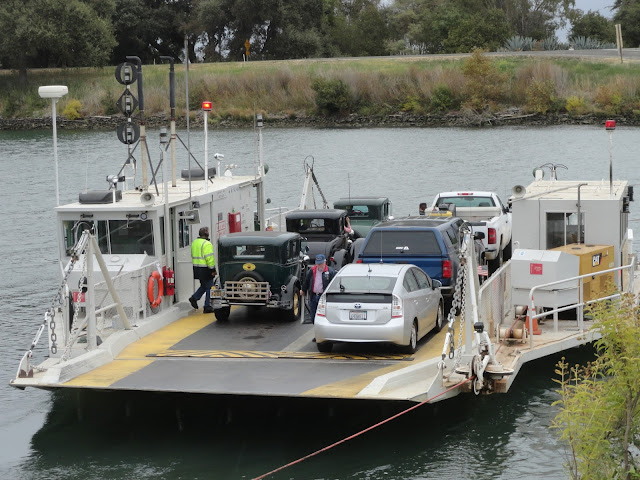 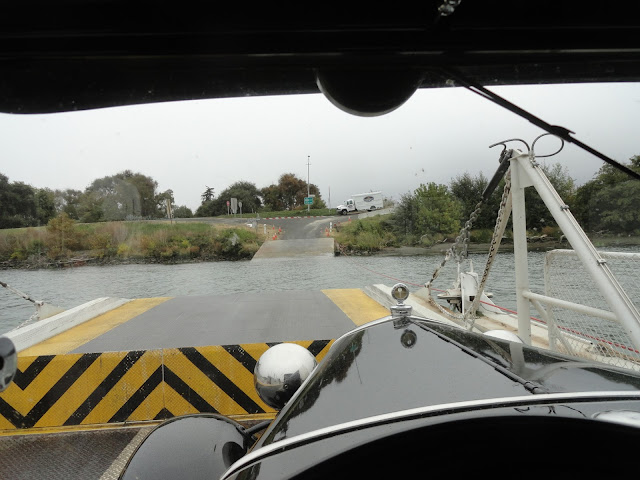 And as you know, this Model A Club travels on its stomach, so on to the Bighorn Restaurant in Rio Vista for lunch. 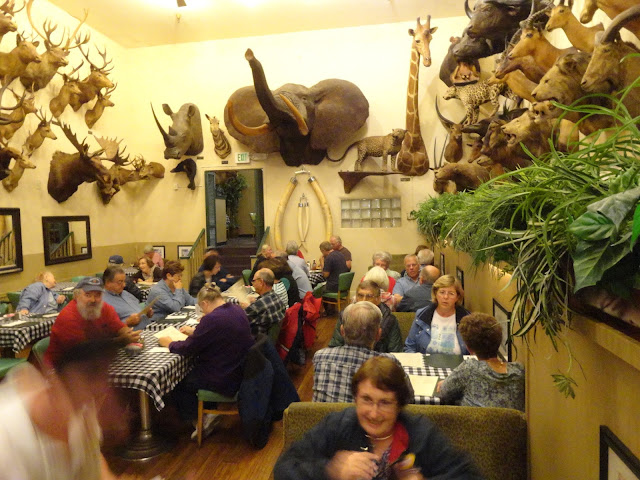 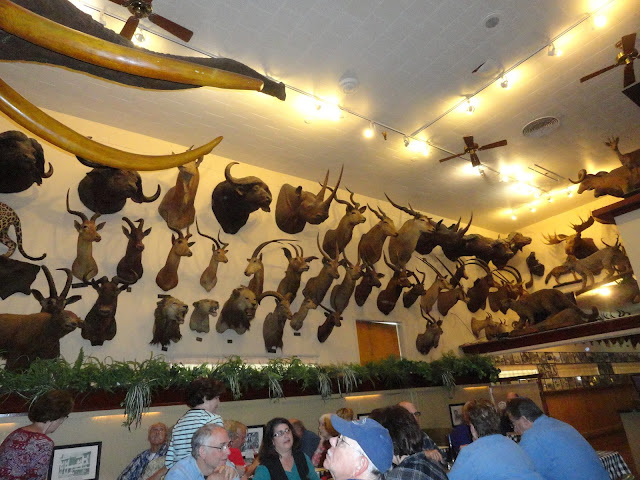 While we were in the Bighorn, the rain was playing havoc with the power grid, the lights in the Bighorn went off and on at least 10 times and finally the whole town went off for good. We finished up lunch, not by candlelight but by cell phone flashlight.  It became a real safari adventure to find the restrooms down a long ramp into the darkness.  And, take away the power and you cannot pay with credit cards. Just like old times, a bill scribbled on a scrap of paper, and pay with greenbacks.  After lunch, it was a rainy drive to the Jelly Belly factory. 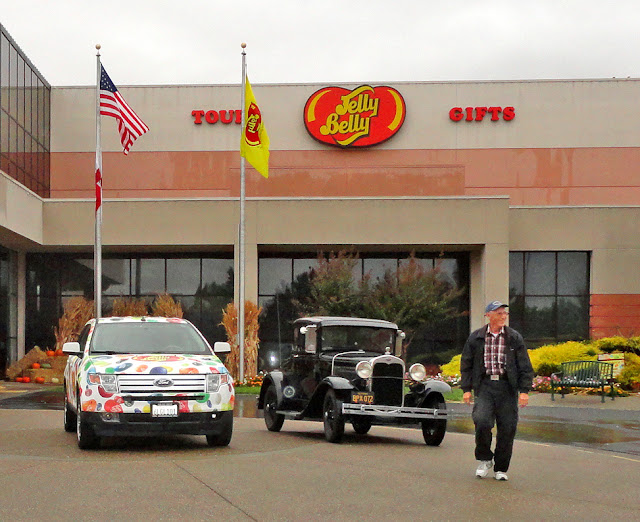 The factory was operating and it was fascinating to watch all the moving lines and robots.  Loaded up in the gift shop and headed for our hotel in Cordelia.  Here the group ferreted out the liveliest place to have dinner, the Slanted Tree Taproom.  The people in the next picture shall remain nameless, but suffice to say, those appetizers look a whole lot like draft beer samplers to me. 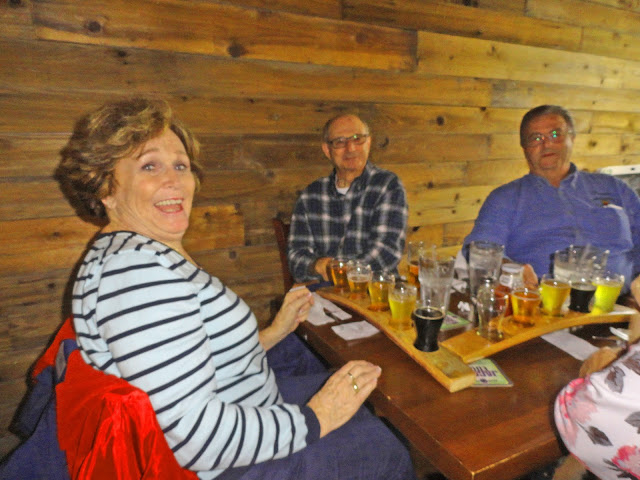