My new title is King of Closed.   Seems like every time I made a stop to see something, it was either closed, under construction, or no parking.  After about the fourth one, the group started to keep track and it became a running joke.  Follow Bob, he will find something that is closed.

Road closed on Airline Highway (small detour)
Estrella Warbird Museum, closed early before I got into all the buildings.
Mission San Antonio, back at 10:00AM  never happened. Walked all around the grounds.
Ranch House behind the barbed wire at Hunter Liggett, looks like increased security.
Agricultural Museum at King City closed on Thursday.
Lighthouse at Point Pinos arranged tour only.
Butterfly grove, monarchs not yet in residence.
Pt Lobos Parking lot full, no place to park.
Shell station in Marina, every pump out of order.
Big Antique store closed in Marina.
Pie Ranch on Hwy 1 closed, no apple pie for me.
Pigeon  Point lighthouse under construction (grounds were open)

Oh well, just became a list of places to go back to someday.  Despite all of the above, it was a great tour, lots of pretty back roads, and plenty of things that were open and fun.   You know where the next Model A Club National Tour is?    Kanab, UT in 2019.    We may do a return to Kanab, it has been a while.

In the meanwhile, new brakes in order for the little black coupe. 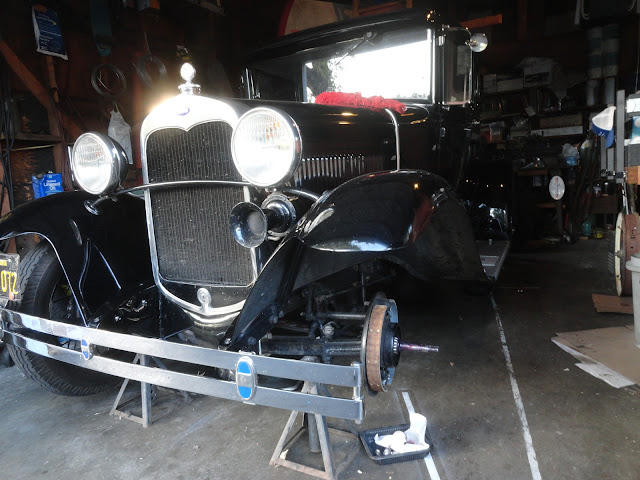 All in all, looks like you guys had a great time! 😃Thanks for doing the blog, Bob, and Sorry we couldn’t have gone. John and Judy

Another great adventure! It's fun to follow along and see where your journey takes you!

Science IT and Leisure said...