September 29, 2017.  San Rafael to San Francisco by boat (15 miles), San Francisco to San Rafael by bus (20 miles), San Rafael to Los Altos Hills by Model A (62 miles).  Early start, you know Model A people like to get out early.  There was a large group waiting for the bus when it arrived, also way early.  Folks climbed on and the driver says, "we'll go early and you can walk around waiting for the boat."   So we did, to the wrong ferry terminal, unloaded, found out it was the wrong terminal ferry terminal, climbed back on and arrived at the correct terminal still in plenty of time.  Sometimes serendipity does work out.  Our boat was one of the golden gate sightseeing fleet and they gave us the full tour, both bridges and Alcatraz, about an hour and a half.  Really nice day on the bay. 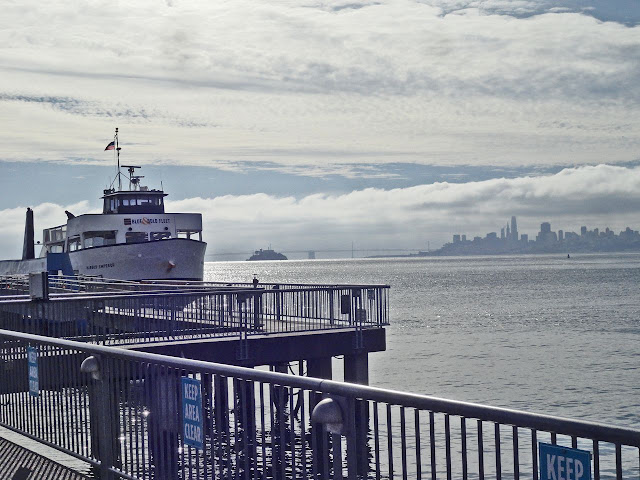 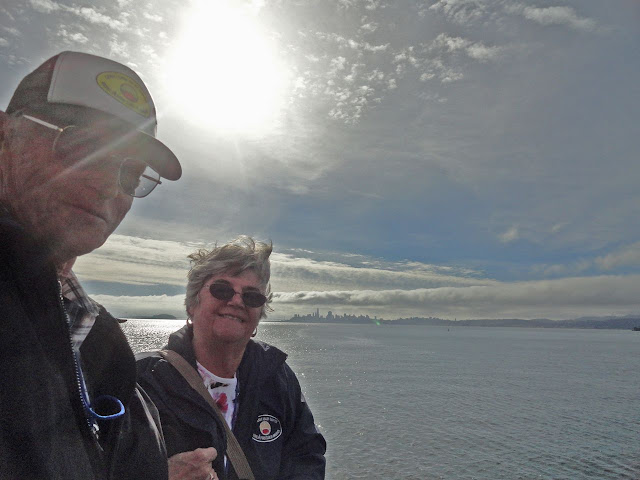 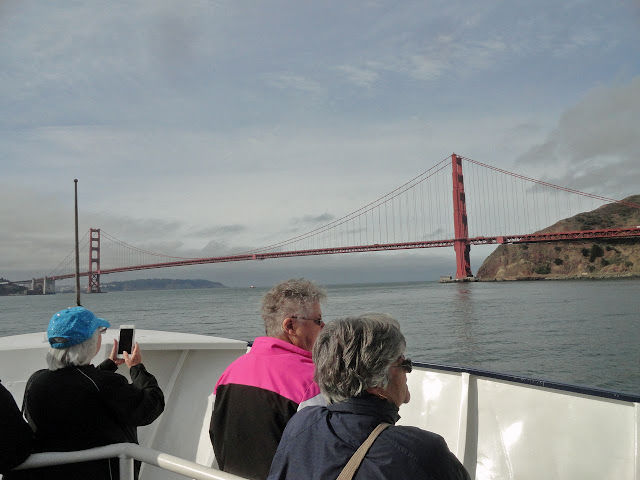 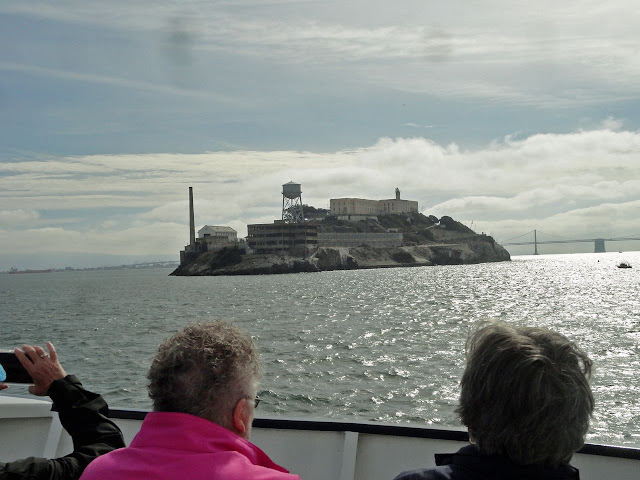 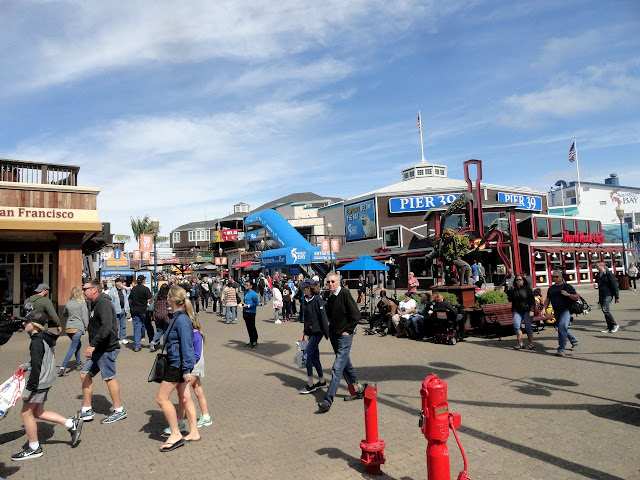 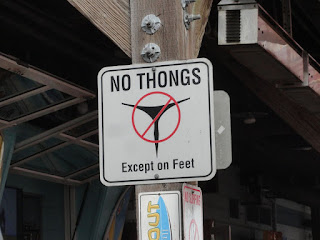 Lunch with a view of Alcatraz and the Bay.... 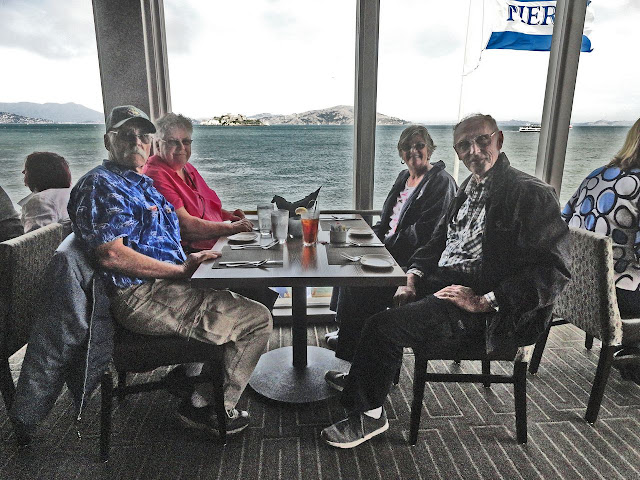 Returned to San Rafael and picked up the A and did 101, 19th Ave and 280 home, took an hour and a half in heavy traffic.  The Model A was dauntless.     For the trip home, Ray opted for the big yellow truck instead of nursing the puffing head gasket, good decision.    We got home at 6, they got home at 8.    Eldertons got home at 2.