The total mileage was less today, just 44 miles, but it took all day.  And Maria designated today as Western Day, so we all trotted out our horsey clothes, some a little more horsey than others. 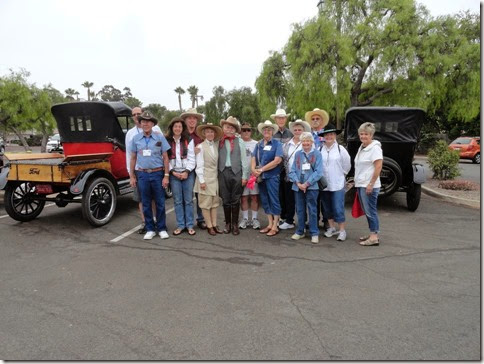 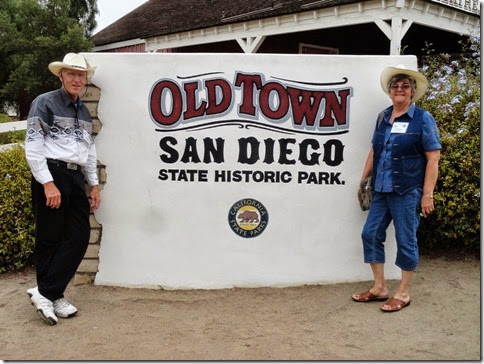 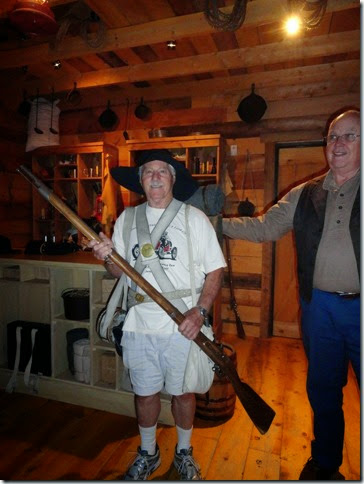 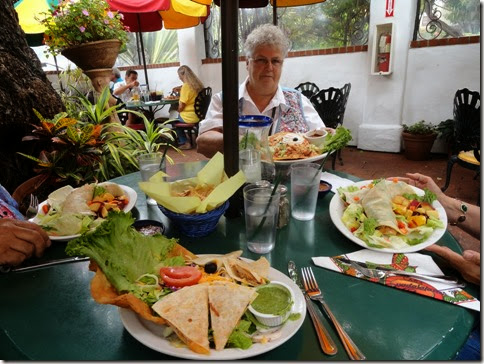 After lunch, we drove up to the Mt. Soledad War Memorial for fallen veterans. 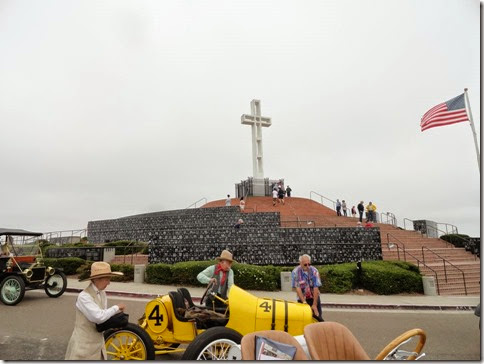 Then a visit to Point Loma Lighthouse, forgot to take any pictures, the vistas were so vast, I forgot to even take the camera out. Finished the day off at a BBQ hosted by Ernie Roeder’s daughter, Cindy, and her husband, Jim, who live here in San Diego.  We had a little toast, “Here’s to you, Lucy”.  You Model T folks know who we mean, don’t you? 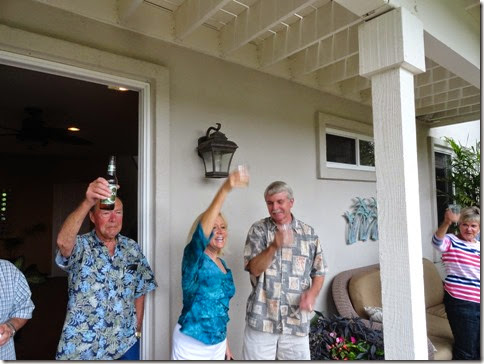 We even had a little song fest. Ed played his guitar and we sang along.  So we only covered 44 miles, but we sure covered a lot of bases today.  And tomorrow, we all become swabbies. 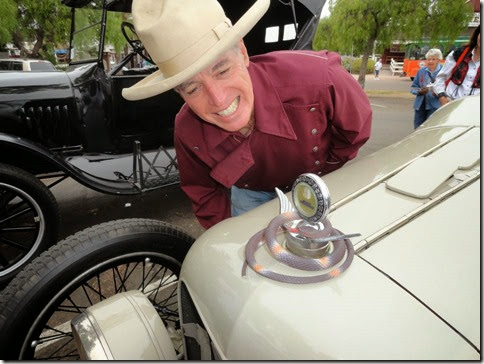 What!!!! No prize today. What a letdown!!! You guys look like you are all having a great time. We feel like we are there with you. Have fun on the Midway, and watch out for those ladder stairs. L & A

You guys are having way too much. Fun!!

Looks like you are having lots of fun! Wish we were there. Bob and I are having a glass of wine after touring Tom Sawyers cave in Hannibal, MO and just did a toast to Lucy too!! "Clink"
Mary & Bob B.

Hope all the T's are going, going, going. Looks like it! Thanks for the pictures, looks like a good one--Hi to Ray And Linda , pat & Bill.