Day 4:  76 miles.    28 degrees this morning,  T's very reluctant to start.  Wore the battery down, cranked till blue in the face, pulled the plugs, tried starter fluid,  finally recruited pushers, put Pat in the drivers seat and we pushed,  on the third try, started and with me on the running board working the choke we got it going.    Whew!   Ray had a little better luck with a strong battery and lots of starting fluid.

So with ski jackets, gloves and scarves and sweatshirts, off we went, at least the sun was shining which was great.    Fun following a long line of T's. 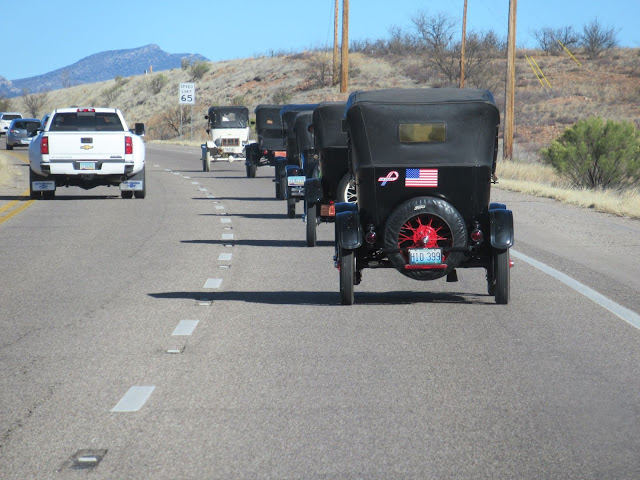 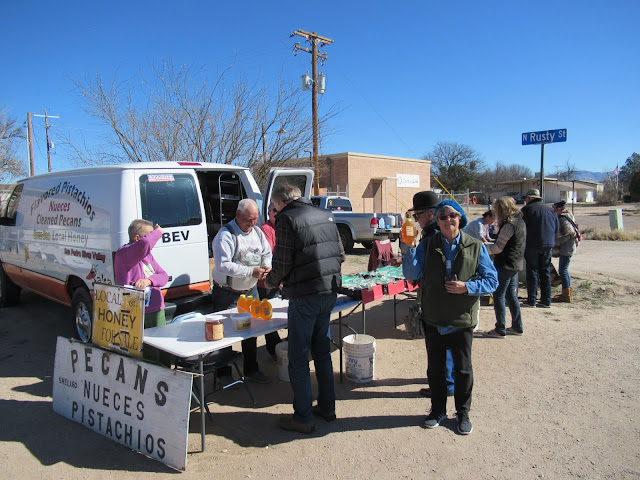 Arrived at Kartchner Caverns, along with everybody else. 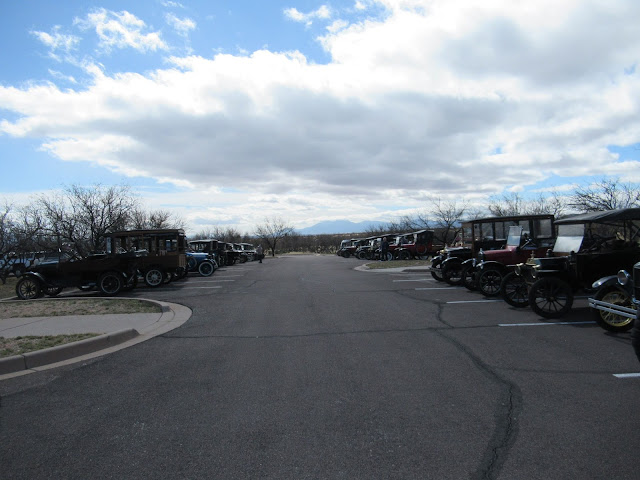 All those apparently dead trees are mesquite, quite ugly this time of year.  Here we collected our lunches,  good lunch, did not have to worry about refrigeration 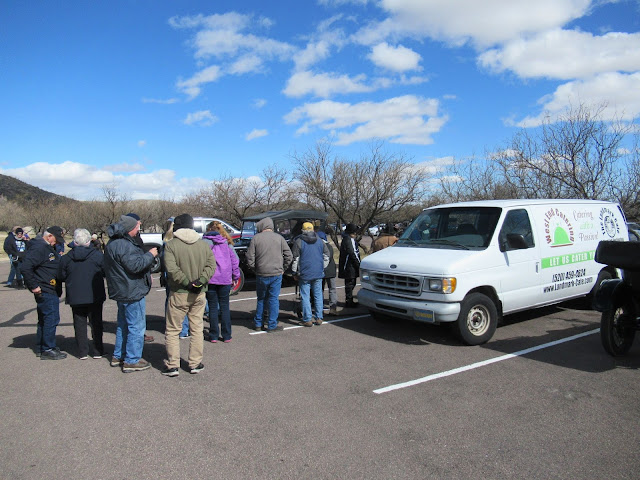 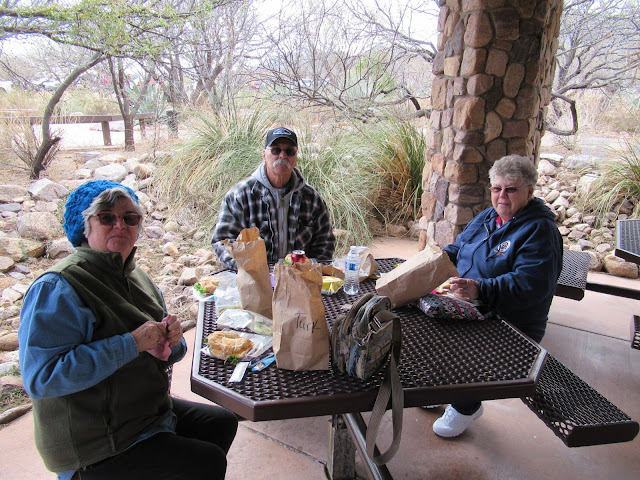 On to the caverns,,,  No cameras or cell phones allowed inside, so no stalactite pics.   Let's just say the caverns were awesome. 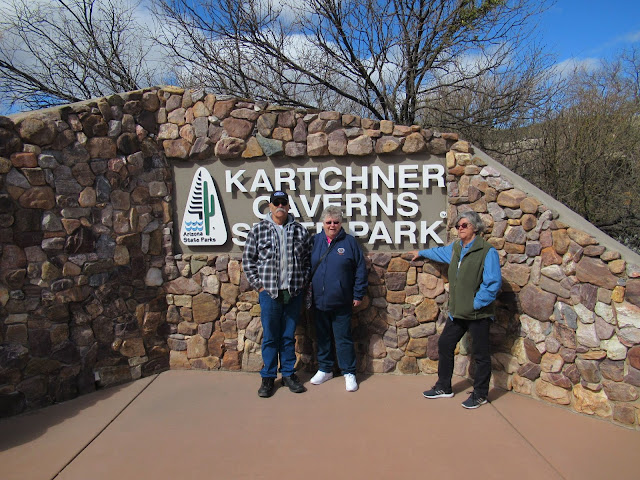 Arrived back at the Suites, did a little maintenance and then attended the National Meeting.   And look what turned up there!!! 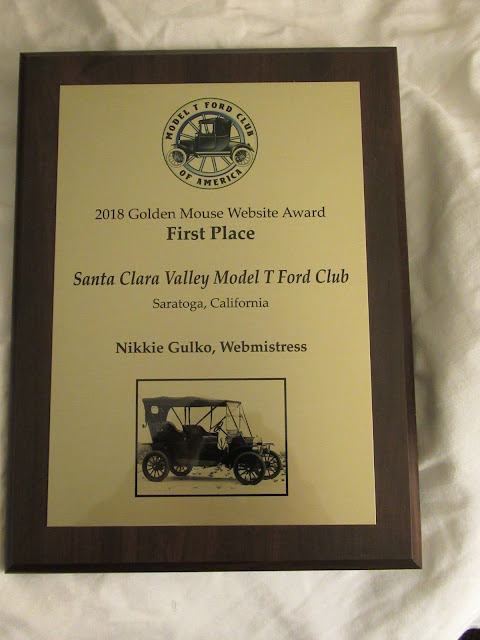