We did 100 miles today, piece of cake, except for one little detail.  I think we had a Chinook, tremendous cold wind blasting 30-40 mph from the west coming down off the Rockies, and it was a little chilly.  I think the way you tell a Chinook is when the horses all turn their backs to the wind.  Everybody named Pat dug out the ski jackets. See that tree leaning in the background?  Click any picture for a bigger version. 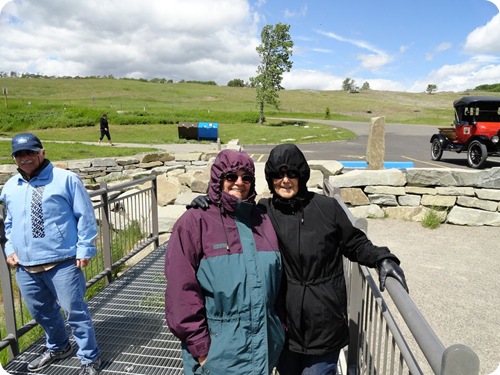 Scenery still spectacular,  our trail today took us out through the wind farms, which were really humming. 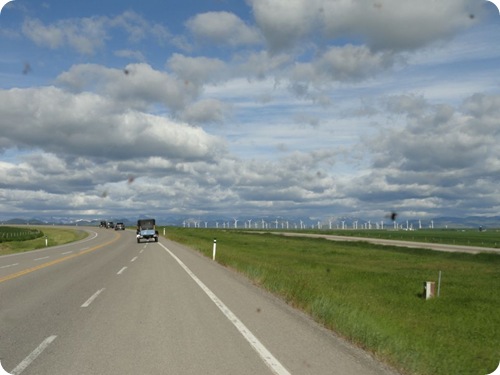 We stopped at the Lundbreck General Store for hot anything, and parked in front of the “oldest liquor store in the west.”  It was closed so no hot toddy’s. 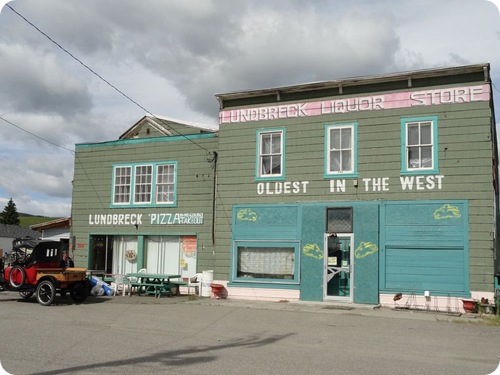 Out back was a replica of the two story “biffy” that used to be behind the Lundbreck Hotel.  But the builders didn’t get the replica quite right, can you see their error? 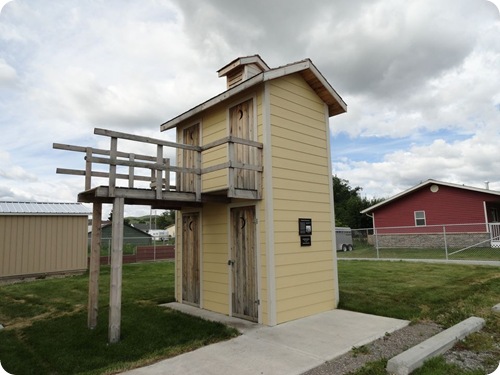 Caught this one of Bill and Pat having their picture taken. 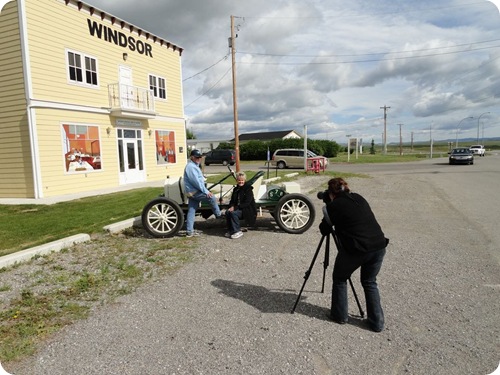 Lunch stop was at the Sierra West Ranch.  More of that great Alberta beef,  we hurt ourselves again.   But we earned it by taking a little trail ride.  Bob, Bill and Patti saddled up. Pat Bratt said nooo, nooo, nooo, so she took pictures. 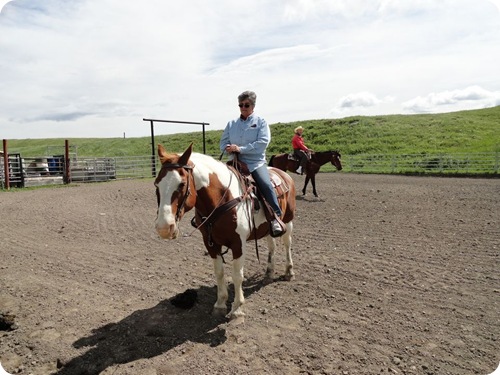 Couple rounds in the paddock and then the cowgirls took us up over the hill.  Patti was a little nervous when she found out that her horse was called Thunder.  Absolutely great to ride across the prairie with the wind rippling the grass like waves and the Rockies off to the west.  We did walk a little funny for a while afterwards, though.  The folks below were our hosts.  Bonafide Alberta ranchers, really nice folks. 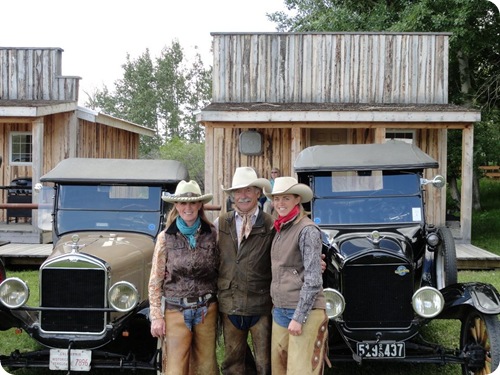 Finished off today’s tour at the Lundbreck Falls on the Crowsnest River and then back to Pincher for BBQ and entertainment at the local C0-op Market.  We are in no danger of starving. 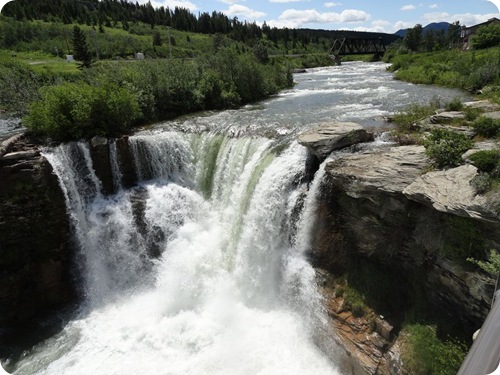 You will be happy to have some of that cold when you get back home... they are predicting temps near 100 all week long. We hope you won't find life boring when you are back in the Bay Area after all the fun you are having.