4/27/2012,  the last day.  Easy, mostly flatland touring, on these great back roads.  Our first stop was at a miniature horse ranch. 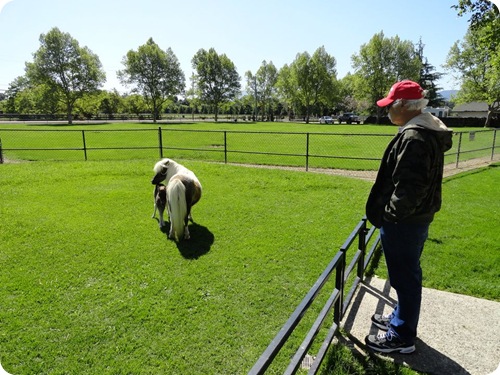 Ray, you can take one home in the back of your touring for two grand.  That baby is eight days old. The mom is less than 30 inches tall. Pat really wanted one of these cuties, even offered to hold it on her lap all the way home. 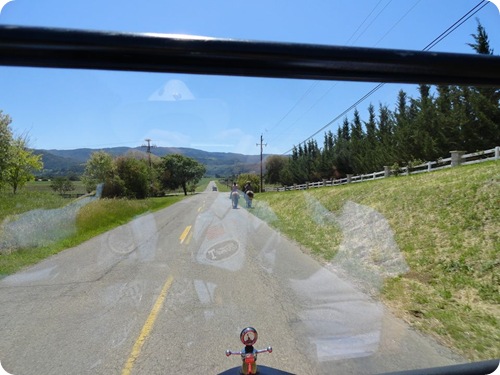 Then some full size horses on the backroads.

Stopped at the oldest operating schoolhouse in California, non-stop since 1882. 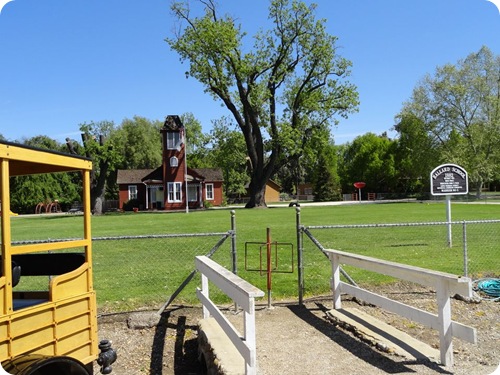 Classes were in session, Ray found out when he stuck his head in.

We took Refugio Road into the mountains just to see the 6 creek crossings over the road. Some folks thought it would be too death defying and didn’t go, but the water turned out to be about an inch deep.  Seven cars took the challenge.  Got to string a video together on that one. 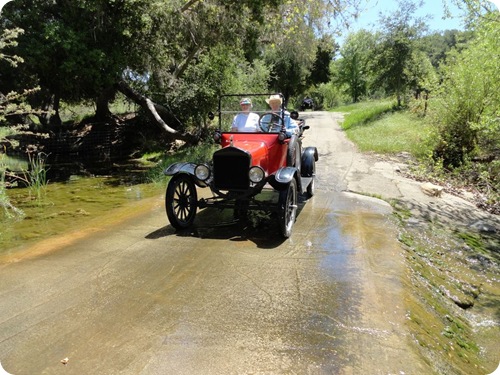 There is water in this picture, it is just hard  to see.

Got the wobbles on the creek road and finally stopped and did something about it.   It does not take much looseness on a steering arm to make the front end get the shimmy shakes. 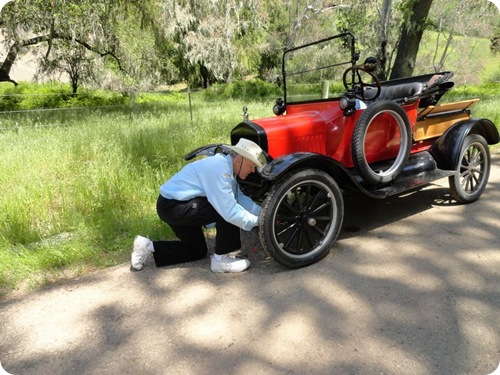 Finished off the official tour activities tonight with a prime rib buffet.  Look at this slab of beef. It was enough for three people. 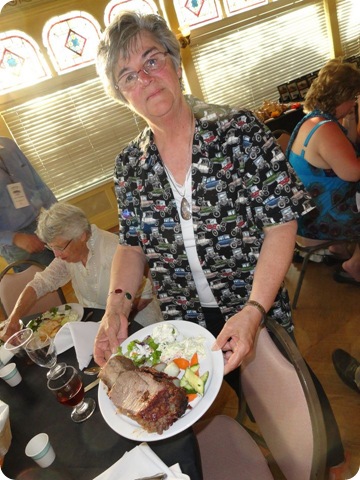 Alberta J. was the oldest passenger on the tour while Mark E. was the youngest driver, Ed A. drove the longest distance in a Model T and Allan G. got have his registration fee back, congrats. Orange County Model T Ford Club put on a fantastic tour.  Santa Clara had the most members in attendance, 18. So that’s it folks, end of tour, and end of current blog. See you at home.

Our trip is over?? "No, Joe! Say it ain't so!!" Well, we've certainly enjoyed "riding along." I'm sure we'll hear more tales when you return. Thanks for taking us along.
Safe travels,
Bob & Mary B.

Welcome home friends! I know it won't be long before you're feeling the open roads below you! Enjoy your month at home and prepping for heading my way!