San Jose to Barstow, sea level to 4000 ft to 2000 ft, 75 degrees to 108 degrees.  Knocked off a bunch of miles today with minimal stopping.   The stop we did do was for apple pie ala mode in Tehachapi at the Apple Barn.  Just can't get by Tehachapi without stopping there. 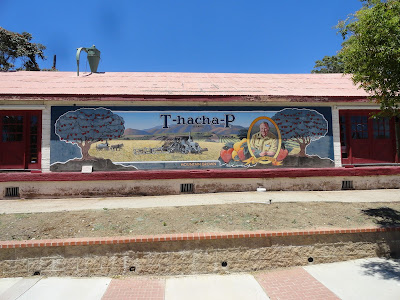 Did find an interesting artifact for the rust engineers to look at.   Turned out to be a Chevy chassis farm wagon. 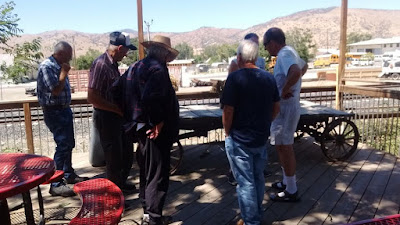 I would like you to know that the Bronco has a bud vase.   With some anniversary roses in it.   They did real well until we arrived in Barstow and locked up the car. 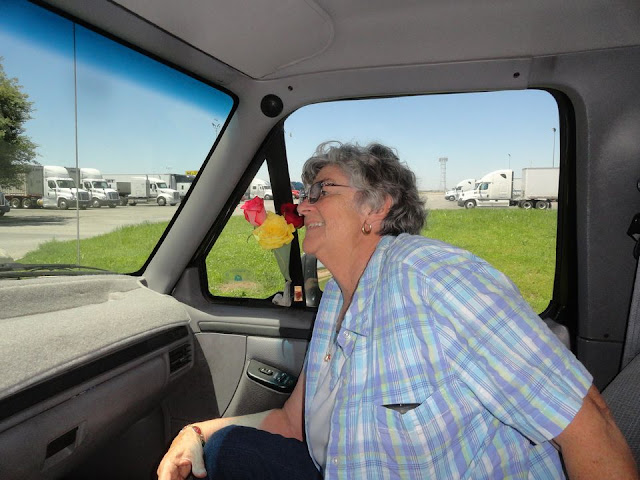 Tomorrow, the race across the desert before it gets too hot,  reminiscent of the Route 66 trip to Marquette in the Model A's.         Here is a headline, Pat saw a bald eagle at the little pond just east of Casa de Fruta,   wow!!!!
Posted by Bob M. at 9:31 PM

how many years? Just a few less than Nick and I

I hope I get enabled!

Love the flower vase!! ;-) And the anniversary flowers are lovely!! Happy Anniversary!! xoxo