Up at the crack of dawn,  all the cars were wet, good thunderstorm last night, seems to be a nightly occurrence.    In the parking lot before the rush, long shadows being cast by the T's. 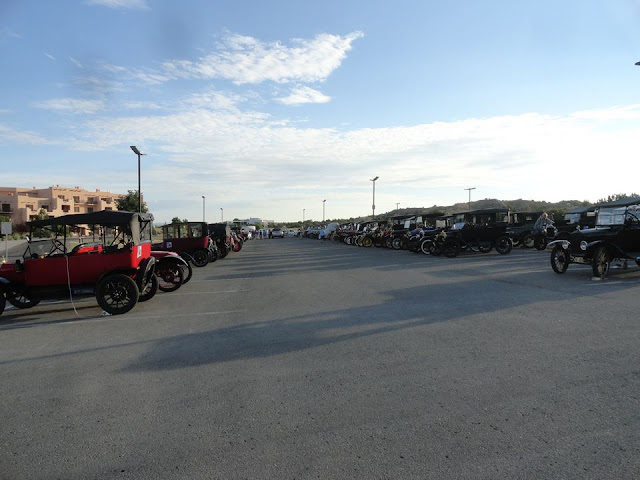 First stop was Bandelier National Monument, a very early pueblo way down in a canyon by a stream.   Ancient peoples, longgone.     It was a very steep road down into the canyon, we stopped at an overlook and had a look before committing the T to the task.

Am I really going down there? 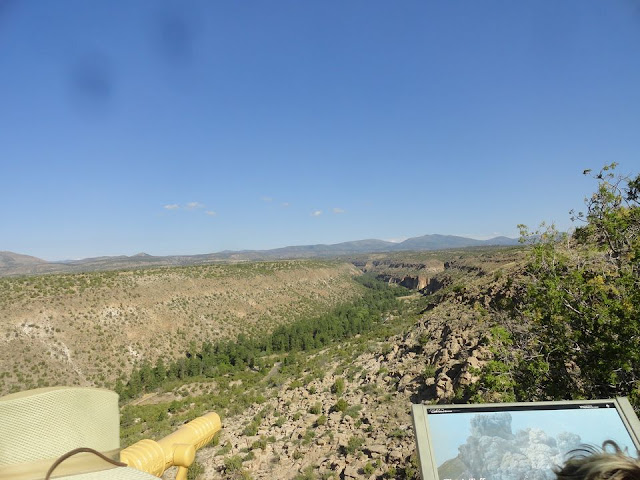 This canyon cut by water through volcanic cliffs,  and the ancient people enlarged naturally occurring pockets to make dwellings.   We did explore a few of them. 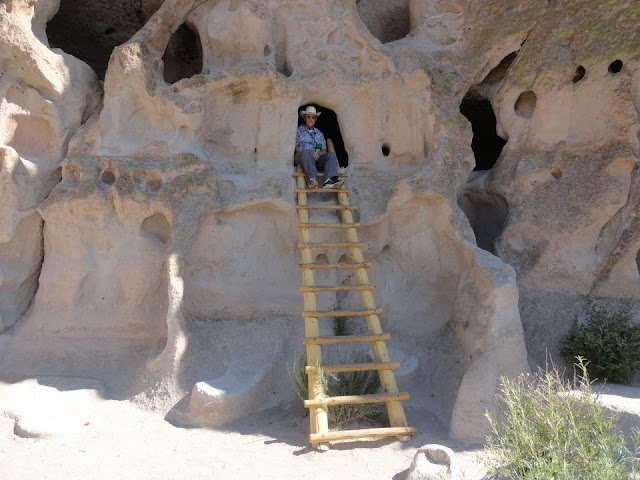 Home, sweet home.  The kiva below was quite large.   The typical dwelling was about 10 x 10 at the most. 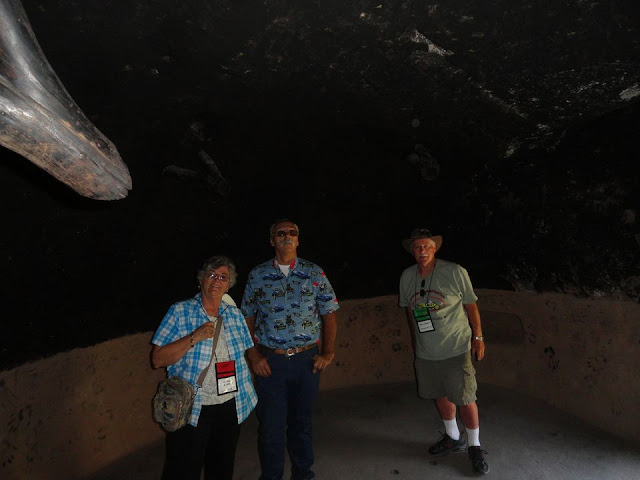 Next stop on todays tour was Los Alamos.   Now, you will notice that there are no pictures of that little excursion,  very frowned upon.   In addition, Bill and Pat Bratt were selected for the random search, pat down for weapons and inspect the car.  "What's in the back?"    "Tools to fix the car."   This shady couple was then judged to be harmless and they passed through the check point.  Great fried chicken lunch in the original ranch building at Los Alamos and then a tour through the museum.   Would have loved to take a picture of Little Boy and the Fat Man but did not.

Los Alamos is on top of a rather remote plateau and the road down is steep and curvy.  "Patti, take a picture."   " I can't, I am too busy leaning!!" 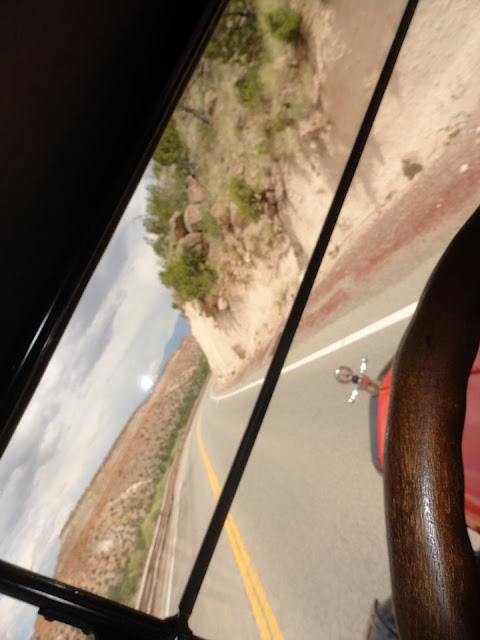 All still present and accounted for.  Tonight we will make sure nobody glows in the dark.

One more funny story.   Jim Boyden had a starter switch failure.  Could not get the car started.    Solution:  Jim posted Jean at the controls, crawled under the car and shorted across the starter terminals with a screwdriver.   Car started, Jim was not run over, life is good.

Gotta throw in one more picture,  since we knew in advance that the hills today were going to require some significant braking, Ray tightened up his brakes.   So,,,,,    all day, the car seemed to lack power.   Finally discovered one really hot brake drum.   Loosened it and problem solved.   Must be a moral here somewhere.  Let's see, if it ain't broke,,,,,,,,,,,,, 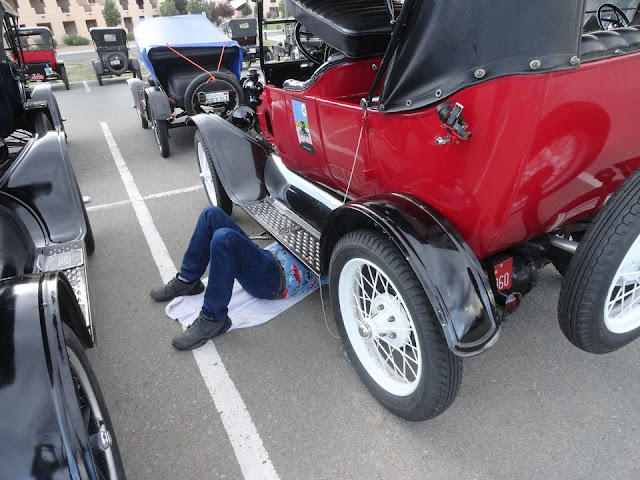 Tell Ray to just have Linda drag her feet a little when he needs to slow down. it's easier than adjusting the brakes!
Bob B.

Those caves are really cool! The girls would have fun exploring those kivas (is that the right word?).

Wow what a drive. The drive down into the caves would have scared me in the RV let alone the T! I remember the drive into and out of Los Alamos, it was something! Bob's Uncle and Aunt lived there for quite a while. Sounds like you are having great days. Is it still hot? Have the thunderstorms cooled things down? Mary & Bob