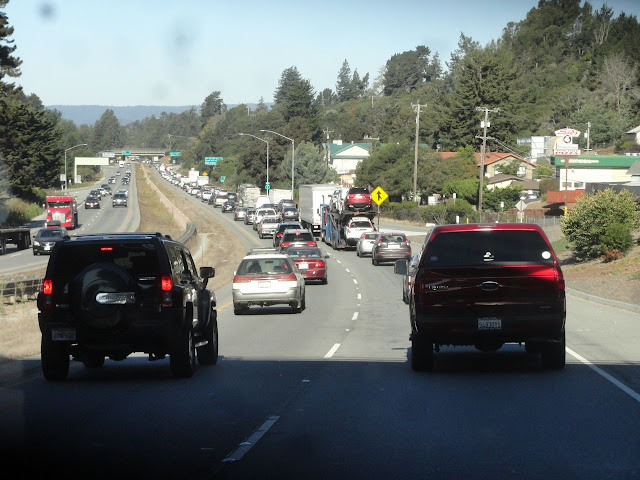 This required a breather down to the wharf at Santa Cruz.   Holy cow, the advisory is not to touch the water at Santa Cruz, that must be good for business. 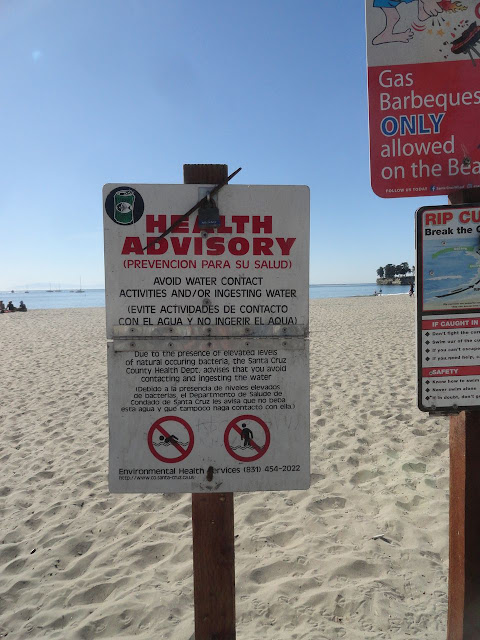 Walked the wharf, Ray almost got hired by a repair crew,,,, 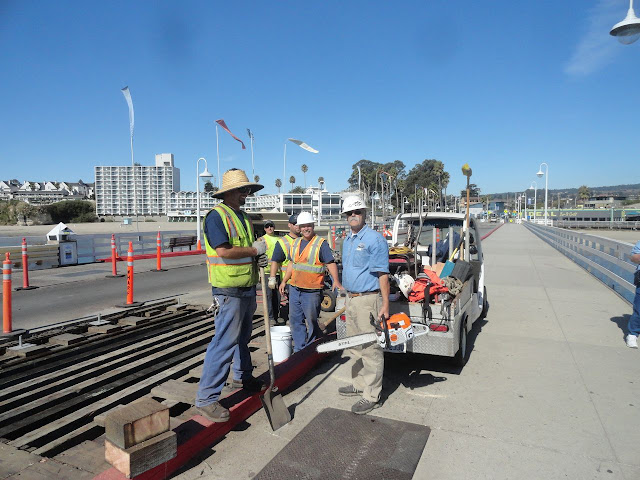 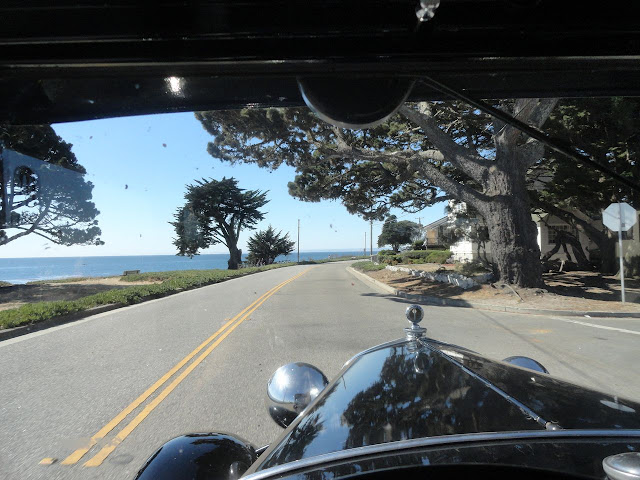 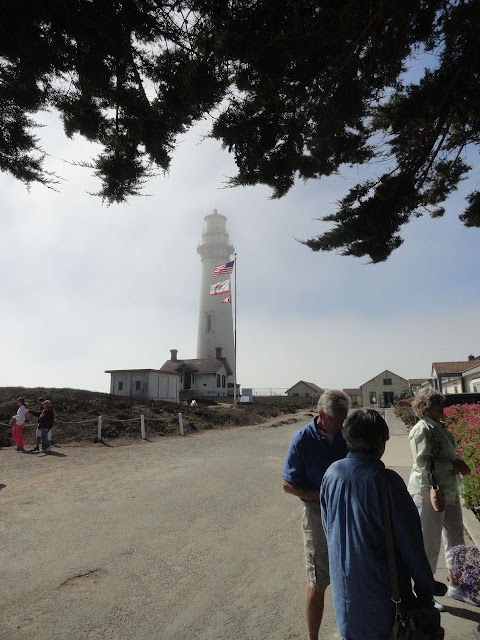 Lunch in Pescadero,,,,,,   and pressed on to the Golden Gate.  What foresight, the designers had back in the 1930's to be able to handle the volume of traffic today. 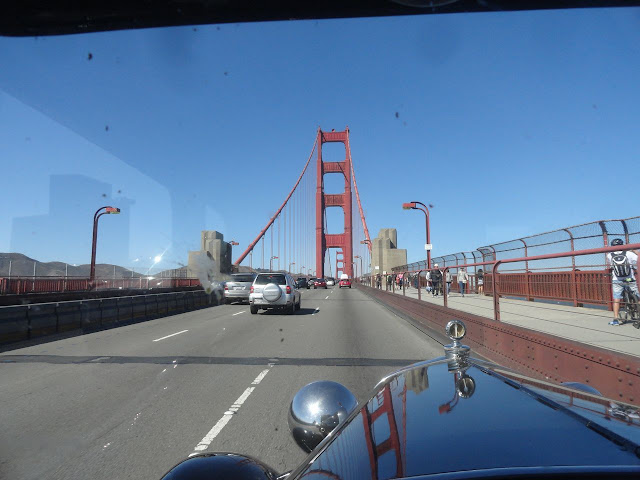 Visibilty in the Bay was unlimited, I swear you can see Mt. Hamilton in this pic. 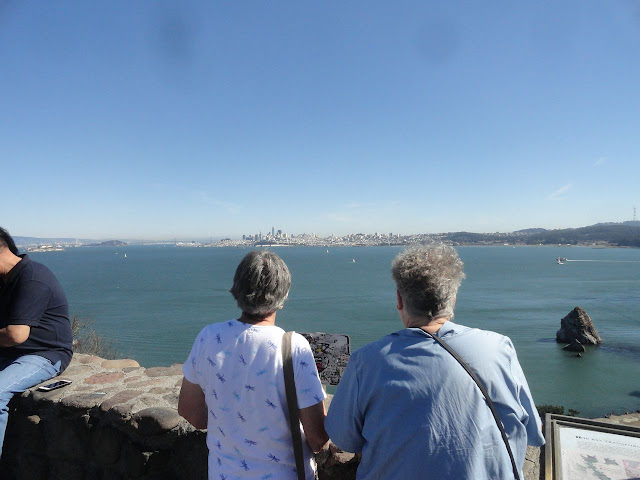 Sign of the times at the Golden Gate Viewpoint/ 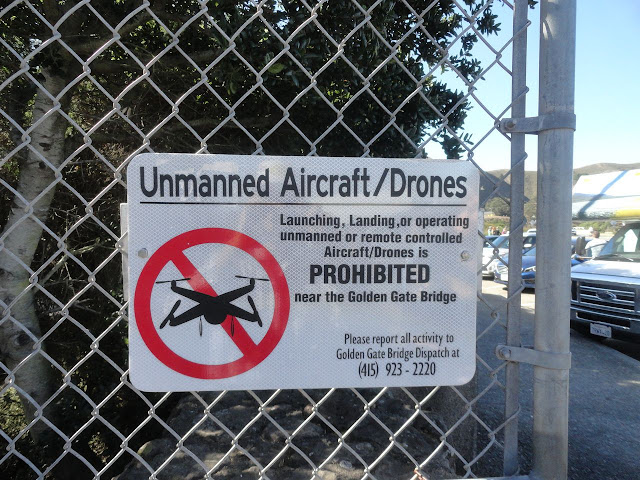 Had the wrap-up dinner tonight rather than tomorrow night,  tomorrow is a ferry to the city,  new experience, on the ferry at least.  Troubles: Ray has a leaking head gasket, stay tuned on that one.  Chuck E. had a flat tire.
Posted by Bob M. at 9:08 PM