THE GREAT SOLAR ECLIPSE LOOP TOUR - The Dash for Home

My tactic on a long hot day, leave early, drive hard, get in early.  Patti and I got up at oh dark thirty and hit the road before sun-up.  Our intention, get as far as possible before the peak temperatures of the day.  Stopped once for gas and once to check the water.  Little black coupe persevered and we hit this landmark at 10:30AM, temperature already tickling 100. 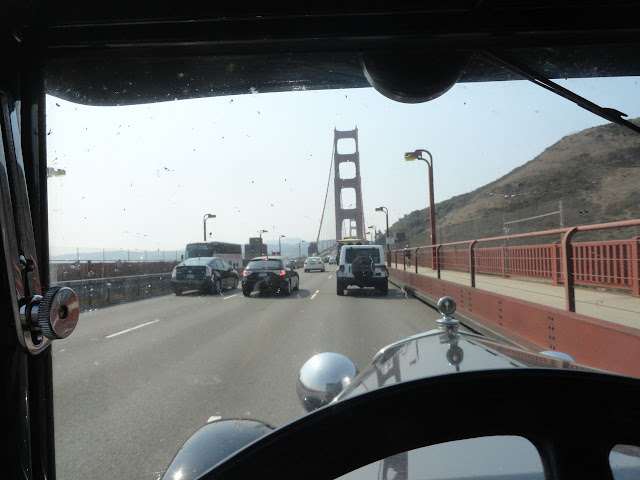 Got down 19th avenue in heavy traffic without overheating, although it was touch and go.  Arrived home at noon.  What a welcome sight.  I'm beat. 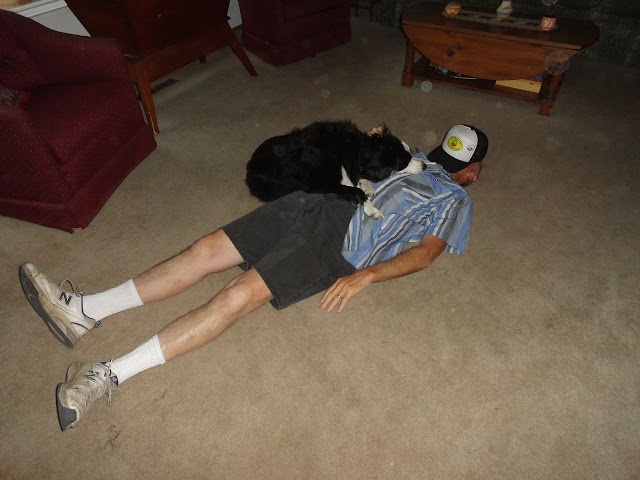 The rest of the gang left after sunup, had one roadside fan belt replacement and got in about 4PM.  It was a good trip, all the A's home under their own power.   Thanks to Rich and Janet and David and Janet for laying it all out.    Where we going next?    Model A National Tour at the end of the month,,,,,

Welcome home!!!! What a GREAT Solar Eclipse tour you all had. Enjoyed all the photos and write-ups. I bet Tippy was soo happy to see you both!

Home from the hills, the intrepid A travelers. Get a good, early start and rack up those miles. Welcome home.
J & J

Welcome home. What a wonderful trip you took and thank you for this blog.

Welcome home! What a wonderful trip! Thanks for allowing us to follow along. Looking forward to your next one.

Cannot believe the heat you're experiencing! Wow!! Hope it dips a bit for you soon.

Miss you guys! Enjoy following your trips and seeing how you're doing and getting our Wela and Bob Bob fix! xo