Carson Mansion was two blocks from our motel in Eureka. We hustled over for a vintage picture. Just as we got parked to take the photo a busload of tourists piled out of a bus and started to make a bee line for the cars for their photo op. Patti yelled stop and we quickly took our picture, thirty seconds later there were tourists all lined up in front of our cars. 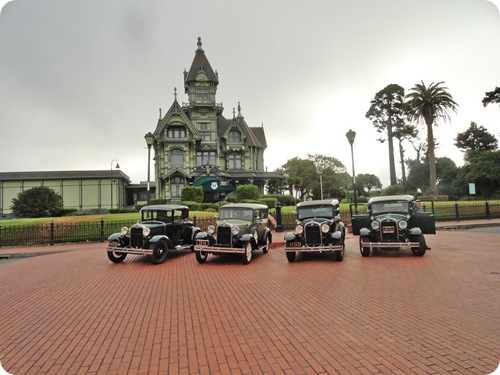 Trekked over to the Samoa Cookhouse for a lumberjack breakfast. 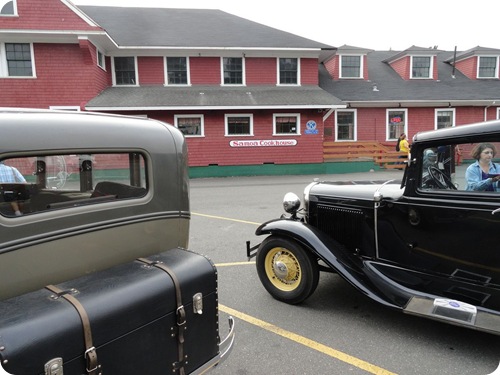 This was that rare time during the day when everyone was in the same place because this is the Model A Food Club. 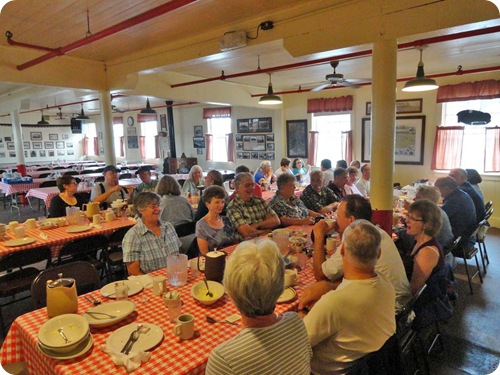 We had a waitress, Pam, who was the official straw boss barking out orders,  pushing a food cart at a dead run, slinging hash and retrieving empty plates. 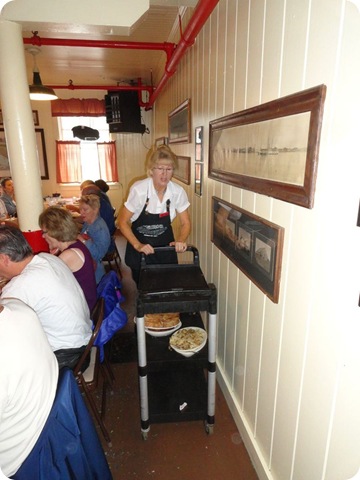 Drivers meeting with valuable tidbits from our fearless leader, Don. 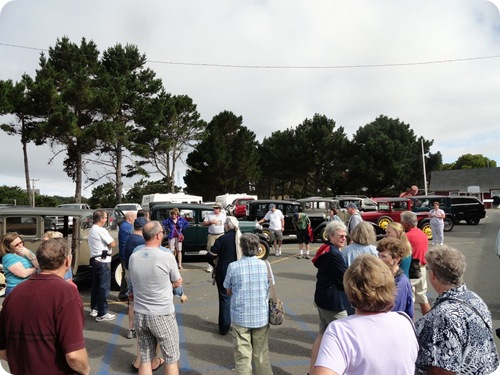 Lots of scenic coast side driving,,, 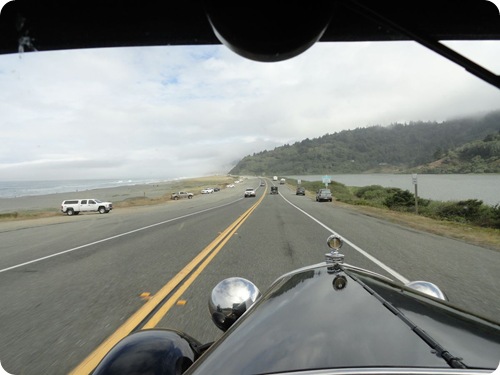 Minor roadside repair – new radiator cap gasket produced by Bob M. in 30 sec. Ray did try to kluge one with duct tape for an extra just in case. 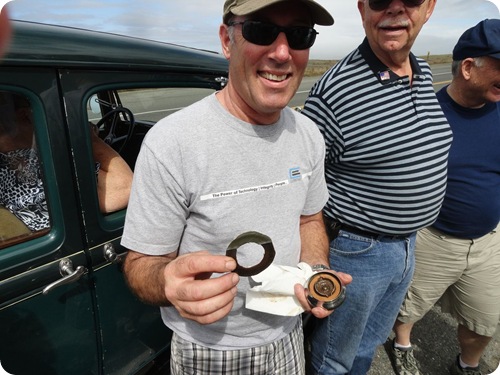 Any excuse to pull off for a photo op and admire the majestic trees. 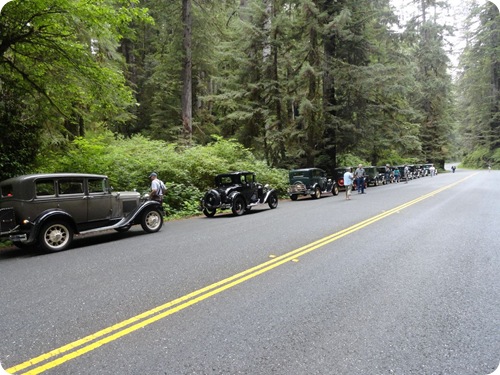 Could this be a salad from the natural flora and fauna? Look at the size of that leaf. 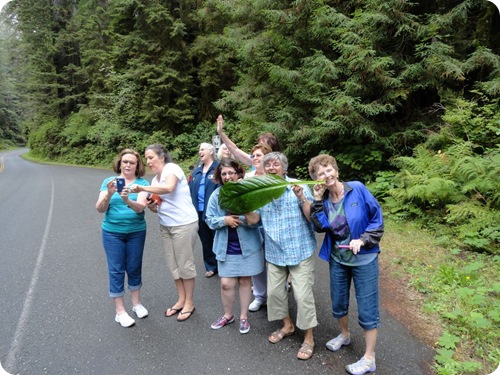 Some people thought that this was the garden of Eden…..who are these young folks? 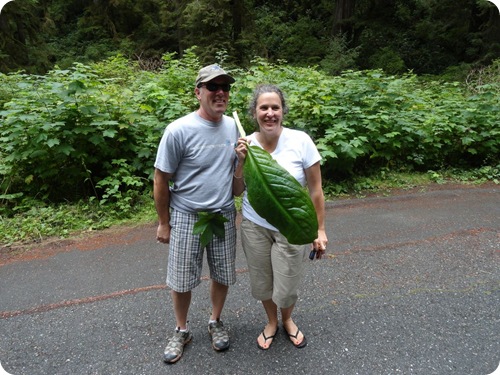 We looked in vain for an antique store that was open, alas no luck. So we just settled for ice cream instead. 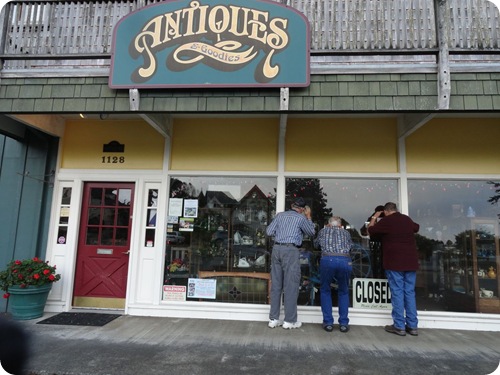 So here we are in Grants Pass and hoping it doesn’t rain too hard on our little A’s tonight.

Looks like a fun day! With all the stuff you did this am, when did you drive? What was that leaf? Does anyone know?
Drive safe
Mary & Bob B

Glad you're farther along than Eureka this time....we're not even close!
J and J