Cold to Hot!!!   Nice and cool in San Jose, 105 in Bakersfield.   Whew!  Had a little parking lot seminar right off the bat, doggone A did not want to track. How come?  Turns out a safety chain got hooked into the tierod. 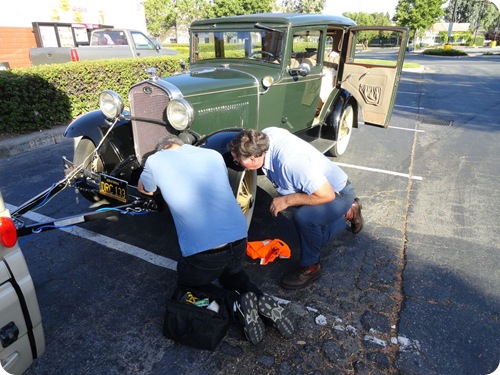 Here is most of the group that left San Jose, we are 10 A’s, two moderns, and two motorhomes towing A’s. 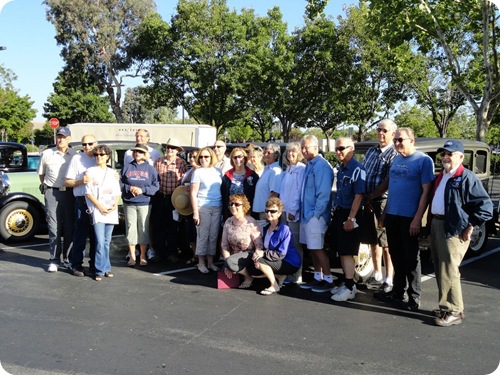 Chuck brought his own wrecker,,,, 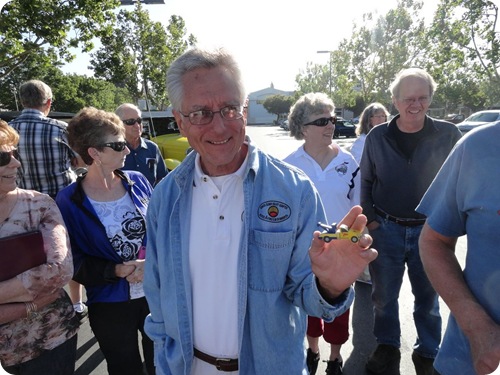 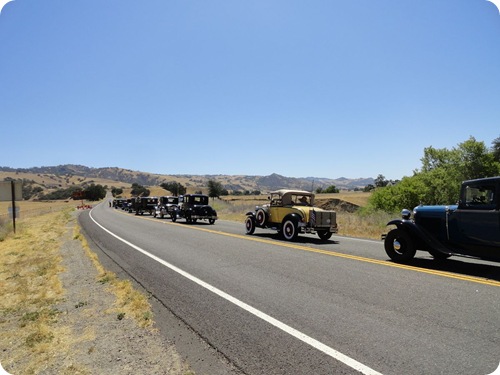 Saw a sunshade and a bunch of equipment, what’s that all about? 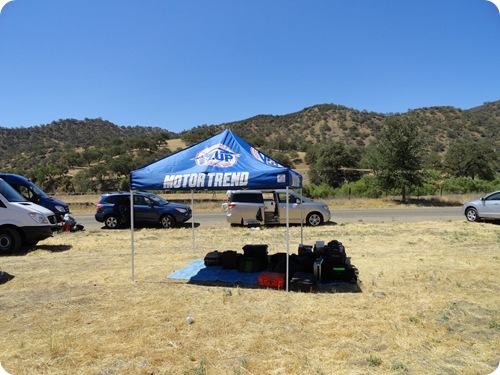 Turns out a bunch of exotic cars are running on this section of road which the Highway Patrol has closed off for them.  They were taking  the curves at 115 mph. There will be an article in the November Motor Trend.  We offered to run but they said only if we could beat 115 mph! 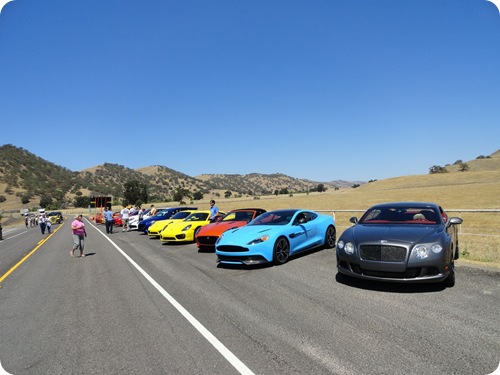 After we got through, we hit some warmer climbs enroute to Coalinga.  And there we had our first casualty.  Bill B. was boiling  on the upslopes, and after thinking about it, decided that the coupe wasn’t going to make it in the much hotter weather and bigger hills yet to come.  So, discretion being the better part of valor, he & Pat decided to flatbed it back home from Coalinga and get their modern car, they will rejoin us in Vegas tomorrow. 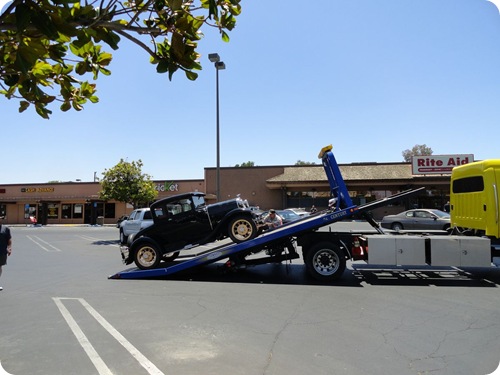 Stopped at Blackwell’s Corner (for you James Dean fans) 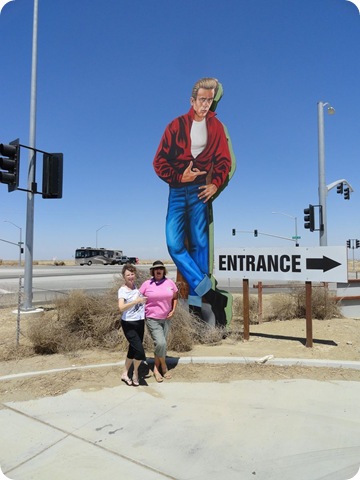 The rest of us made it through Bakersfield and up to Tehachapi, although not completely scot-free. John P. had to change a sparkplug, Chuck E. and John J.  did a little boiling.  We got in at 5:00.

Let’s see, Edsel for the day, Bob B. turned the wrong way on 33 and went north instead of south, got to see some extra scenery.

To bed for an early start, supposed to be 110 in Baker tomorrow, we want to get through there early.

How cool was that, and they only required you go 115, I'll bet Chuck gave some thought to that !!!! Sorry we missed it and the trip, Rodg & Norene

Already having fun and you just started. Going to Turlock to buy a 46 Merc this morning...
J&J

Hope you guys don't melt. I bet the Bratt's wanted to get their modern so they could have air conditioning also. Keep on having fun.....A & L

sounds like you all are already having fun, and it was only the first day!
j& j

Hope day 2 is better for ya all!

What fun! Glad your first day went so well.

Looking forward to seeing you when you get home! wheee!!