Today was Zion National Park. It was a short mileage day, 87 miles, still got in at 4:00.  Here’s a few pics, click on any of them for a bigger version. 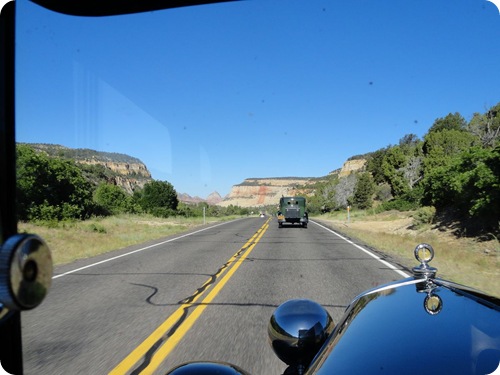 Entering Zion takes you through a series of tunnels, one of them is one mile long, hewn through the sandstone monolith back in 1931. 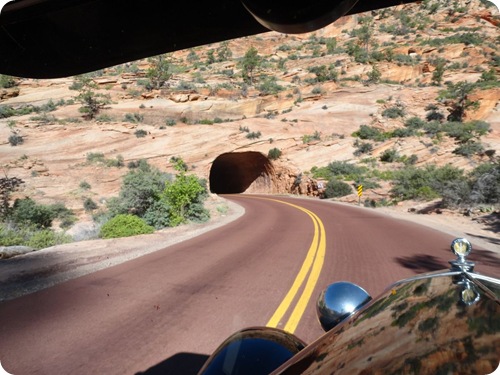 Everybody stopped at this scenic lookout to marvel at the rocks. 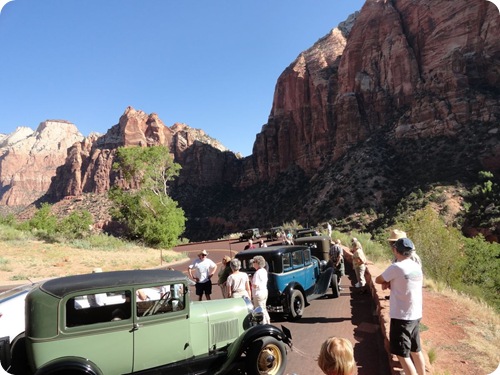 Once in the park, everybody rides on these shuttle buses, they have 3 million visitors a year. 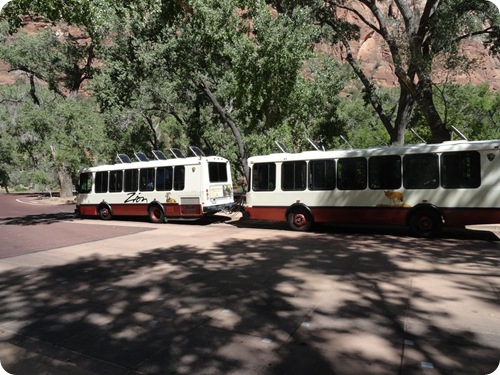 Some folks did some gentle hiking. 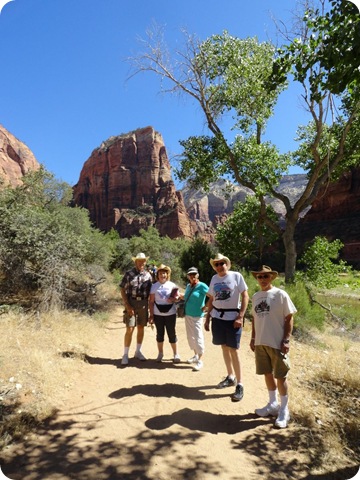 All the way up to the Temple of Sinawava (look that one up). 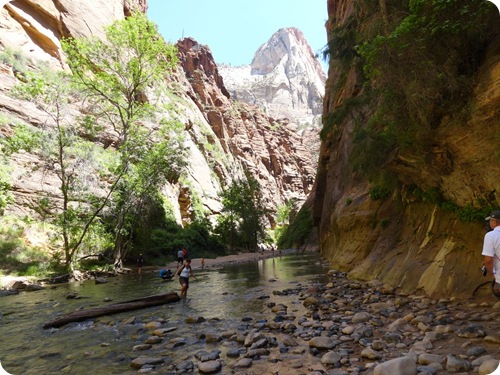 To get out of Zion and back to Kanab, it is a long uphill climb on switchbacks, and through the one mile tunnel. Check out this video as Patti steers and I do the camera. You can hear the A puffing along in 2nd over, it’s a good climb.

When Bob Beaman entered the tunnel, he discovered that his lights were no longer working!!  (exciting times in Zion) Fortunately there was a little help from other cars and he could just make out the yellow line.  When motorhomes are coming through, they cut back to one way traffic, so a bunch of our group had a 20 minute wait while the cars baked in the afternoon heat. Glenn had a touch of vapor lock in the tunnel and treated all the traffic to some exciting popping and banging, but it worked itself out as he gained speed.

All A’s back in tonight, some minor maintenance going on,  speedometer cable needed grease on the little black coupe. 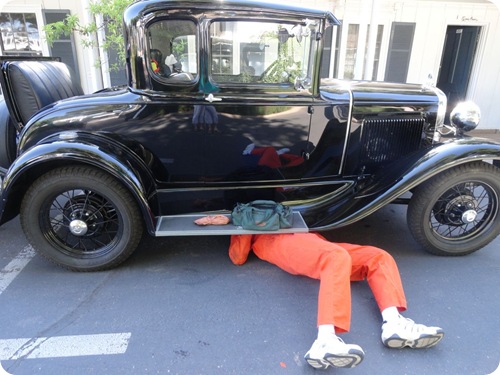 Other minor maintenance, Rich has a broken AC drain (he is not getting much sympathy from the non-AC crowd.  John Jorgensen rearranged his tires for wear and that was about it.  Mexican was the favored food tonight at Escobar’s Mexican Restaurant.  Click on these to make them bigger. 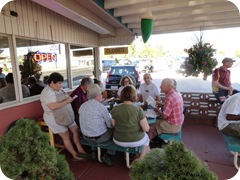 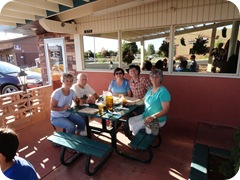 Wow, posting at 4AM, now that's a very long day! That tunnel is quite amazing and it's fun when you get a window on the canyon every once-in-a- while. RG

we're following along...way, way back behind y'all. sounds like you're having fun.
j&j

great pictures. wish we were on the trip also. I think coming back from Dallas we ate at that same mexican resturant.

Sounds fun! 4am - where you just going to bed or just getting up?