Cedar City, UT to Tonopah, NV, 294 miles.  Out there on the Extraterrestrial Highway!!!   We had a run of 155 miles with no gas station today, which can be right at the outer limits for the A.  So we all carried 2 extra gallons of gas.  It was a lovely morning with a good news/bad news weather forecast.  Good news was that forecast temperature for Tonopah was 72, wow, 18 degrees below normal just for us.  Bad news was that strong winds were coming our of NW.     That slowed us down all day, especially uphill into the wind at 5 or 6 thousand feet of elevation.     But things were going really well and we were making really good time until,,,,,,, 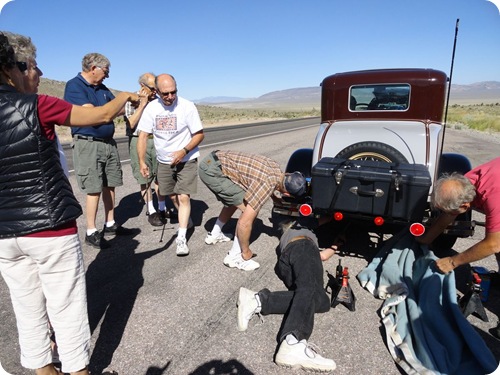 You know what that means, don’t you?  (click on any picture for a larger version) 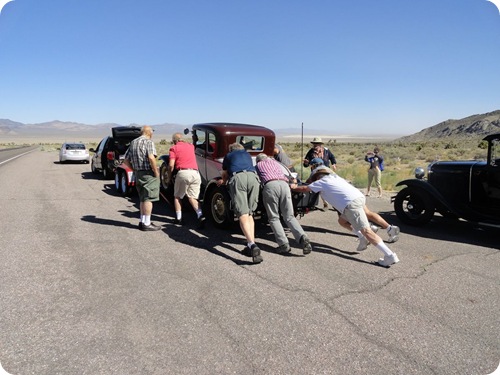 Yep, on the trailer.  The pinion bearing apparently locked up just as John Polland was pulling over to investigate.  We had to take a key out of one axle so that it could be moved onto the trailer.  Told people to continue but no dice, not leaving until the problem is dealt with.  Kudos to Joe Davis for bringing that trailer with him.

Since it was the Extraterrestrial Highway, we kept our eyes out for aliens, searched and searched and finally found one. 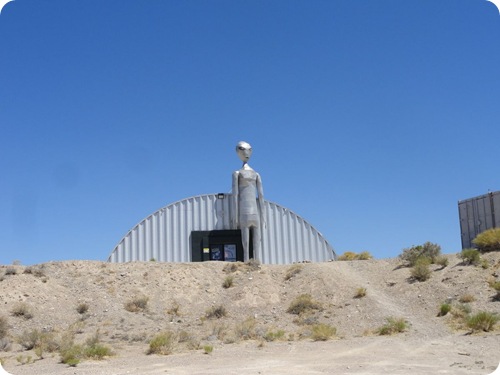 And apparently if there are aliens in the area they have gone into business selling jerky.  We fell for it, loaded up in case we are abducted as we go by Area 51. 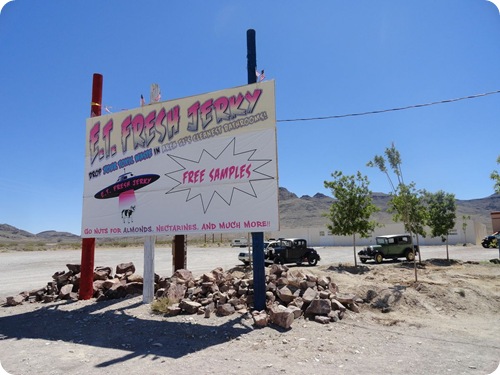 As you go by Area 51, it looks like this.  No signs, just mysterious roads that take off to the south and go over that ridge in the left side of the picture.  And one lonely sign that says “watch out for low-flying aircraft.”  Really?????  Do they actually fly low enough that a Model A on the highway has to actually dodge them??? 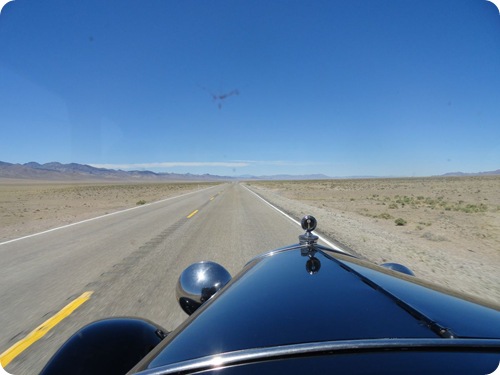 Stopped in Rachel, NV, for lunch at the Little Ale E Inn, the only outpost on the Extraterrestrial Highway.  That’s Connie, one of the owners in our car. 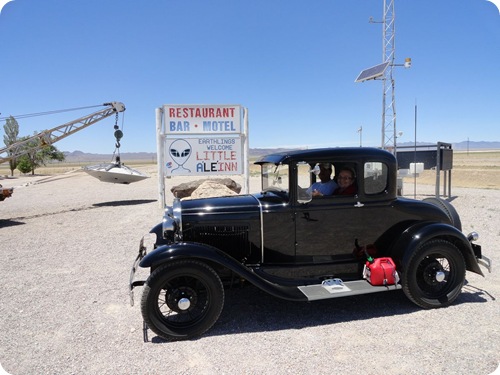 Chowed down on Alien Burgers, bought a bunch of souvenirs and admired the memorabilia, especially liked this sign on the wall that someone must have liberated. 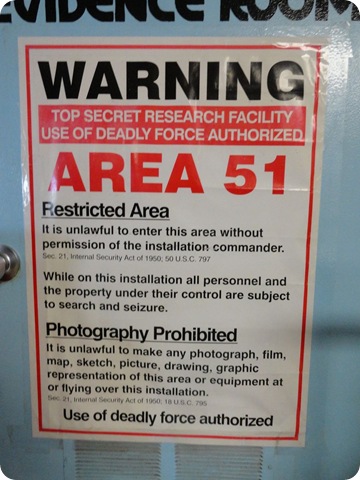 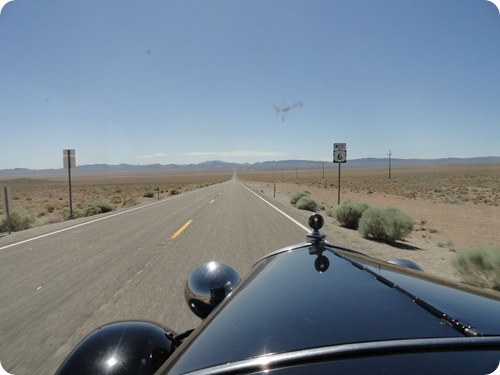 Took a break at Warm Springs,,,, 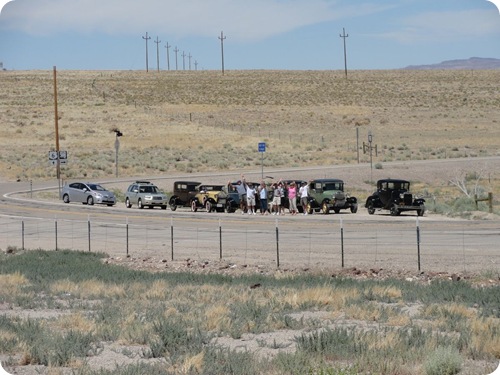 So here we are in Tonopah, home of the famous Silvertop Mine. 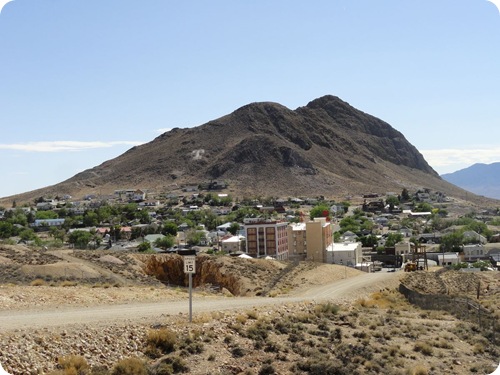 Tomorrow, Tioga pass, getting close to home, the Model A’s are straining at the bit.  Stay tuned.  By the way, I put in 9 gallons, some folks put in more.