Las Vegas to Kanab, UT, 234 miles.  First thing this morning, a parking lot seminar on John Jorgensen’s car.  Snatched that broken crank pulley off and put the new one on in half an hour.  But now we have an interesting new development.  Joe Davis’s modern van ate the rack and pinion steering, oil leaking out badly, so Joe went off searching for a Chrysler dealer.  Can you believe it, the modern went in for help?  Anyway, he and Sid spent an extra day in Vegas. We considered putting the van on the trouble trailer and posing a Model A in front of it, wouldn’t that be a kick?

On the way out of Vegas, my poor little A is saying, let me out of here, too much traffic. Click on any picture for a bigger version. 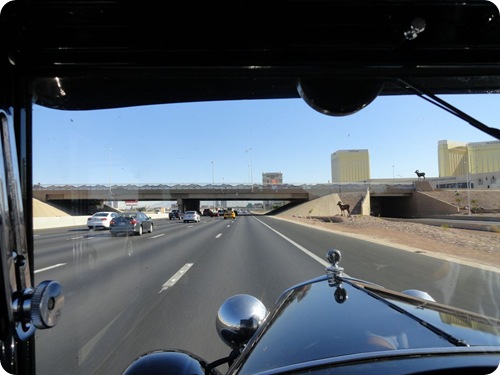 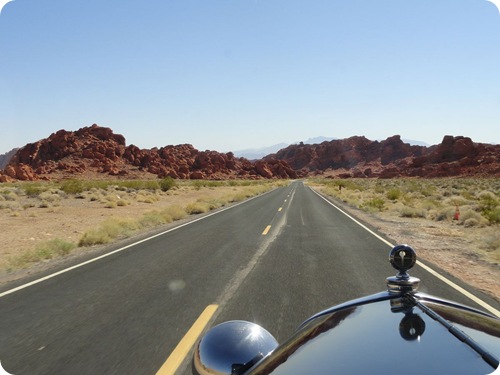 Found the road to the Valley of Fire State Park,,, 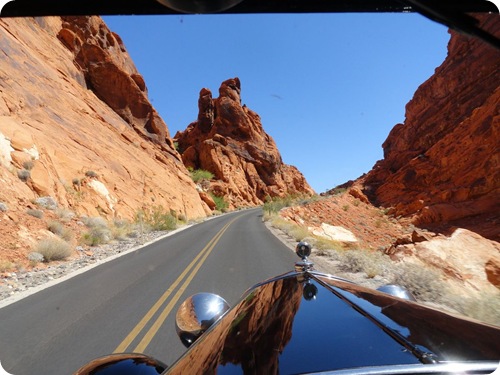 Saw some native wildlife, called rock climbers.  Chuck Eldertons comment, “do you know how long it takes an EMT to get out here? 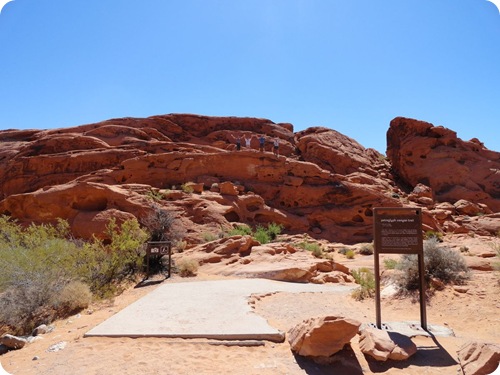 Actually did see some native wildlife, Chuck the chuckwalla. 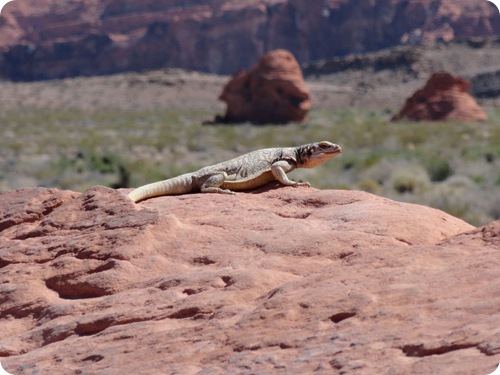 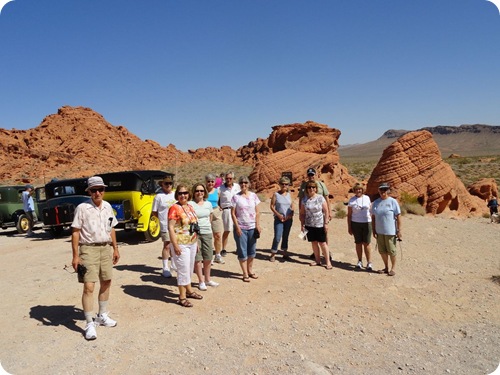 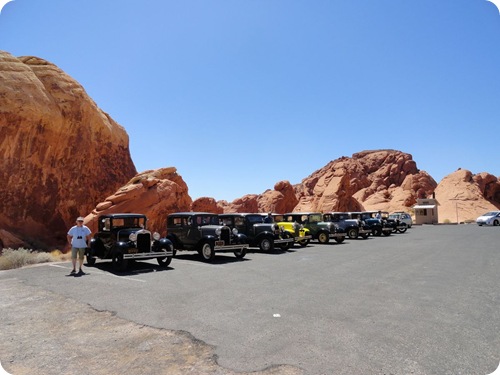 Some of the male rock people collect all the females,,,,  John Polland, “I want a print of this.” 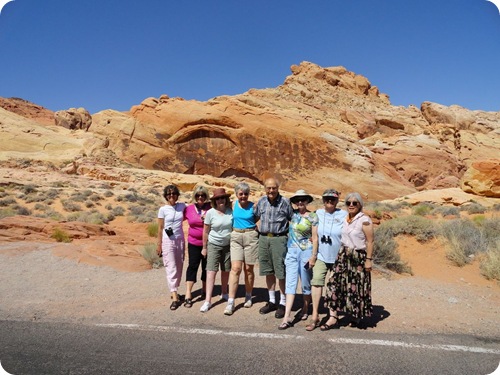 After the Valley of Fire, we concentrated on burning up the pavement to Kanab.  It was warm, some of us flirted with vapor lock, but nothing more than a burp now and then on the hills. We took a little side drive through Hildale/Colorado City, sadly, the ice cream store is gone.  We got in about 5:00 after losing an hour due to time change.  We are staying at the Parry Lodge, an old time motel from the 30’s that has been used as the headquarters for a lot of movies.  Pat and I are staying in the Tyrone Power room. 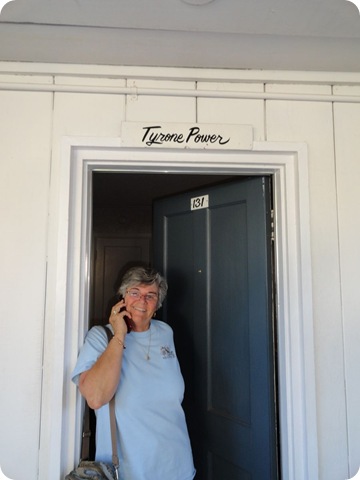 Dined at Houston’s across the street where the waitresses all wear gunbelts, must be a tough crowd around here.  These ladies got in the spirit of things, could we do this at home? 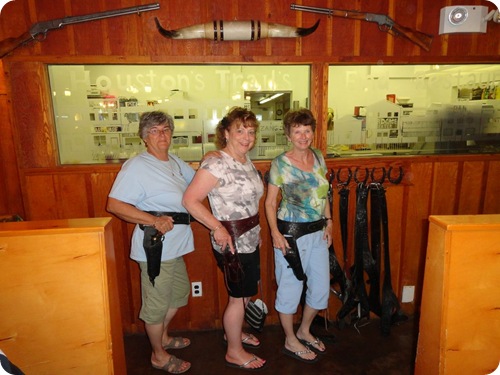 Just got back from The Petty memorial...very nice service, and we all know you were there in spirit. Celebrate this trip. It's an affirmation !
J & J

Lewis must have been pulling strings from above to not have any troubles! It was a very nice memorial today, and a PACKED church. Keep on truckin' ...