Lakeview, OR to McCall, ID, 360 miles.   Started out  nice and cool driving through the high desert cattle country, beautiful in a harsh kind of way. 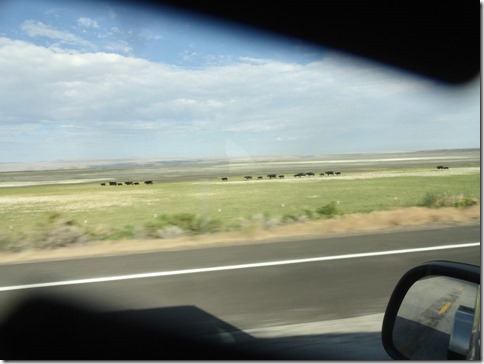 The area around Lakeview was originally known as the MC Ranch, roughly a million acres, larger than Rhode Island. Imagine that, one of the 4 largest ranches ever in the USA.  All the fences are anchored by these stone postpiles, there must be millions of them in Oregon.  We didn’t really steal those rocks. 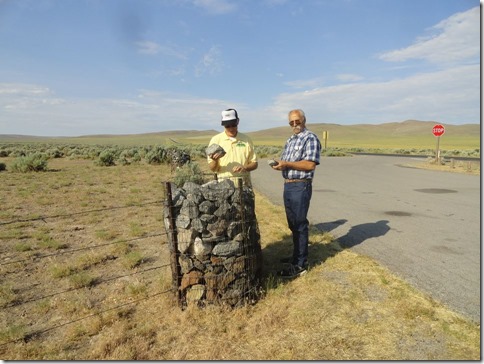 One rule of touring, never drive past an outhouse.  In Oregon, they are real outhouses, small houses for the small roads. 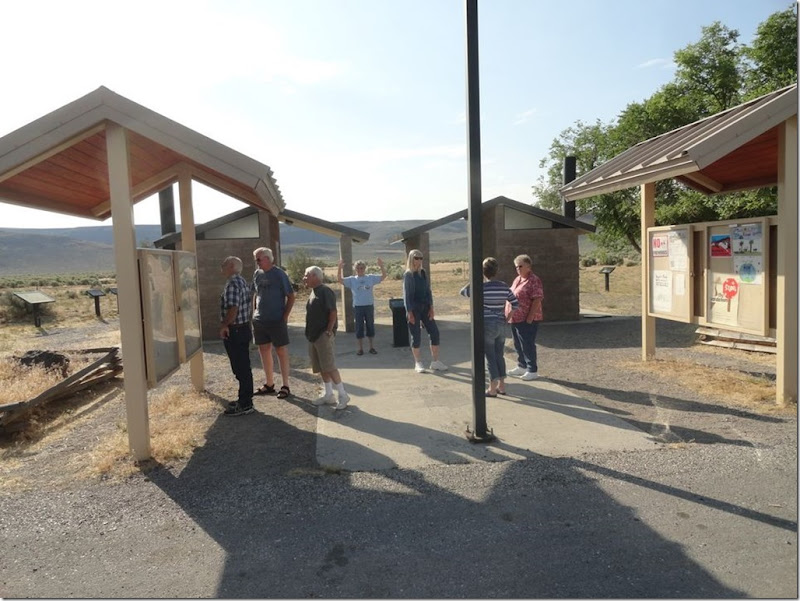 One stop at this establishment out in the middle of nowhere.  Riley, population maybe 4. 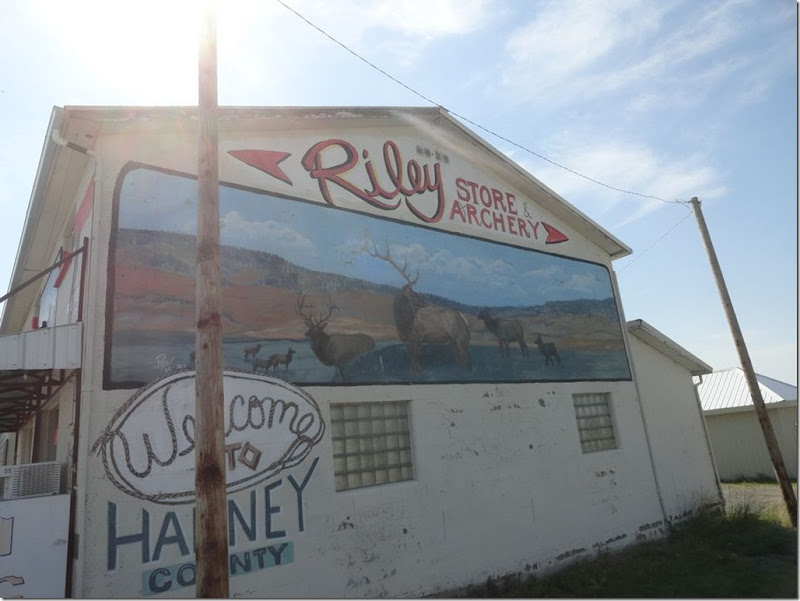 And inside, everything for the bow hunter, and trophies on every wall.   We had ice cream here.  After all, it was after 9 o’clock.    We introduced Vicki to ice cream Snicker bars, obviously has led a sheltered life. 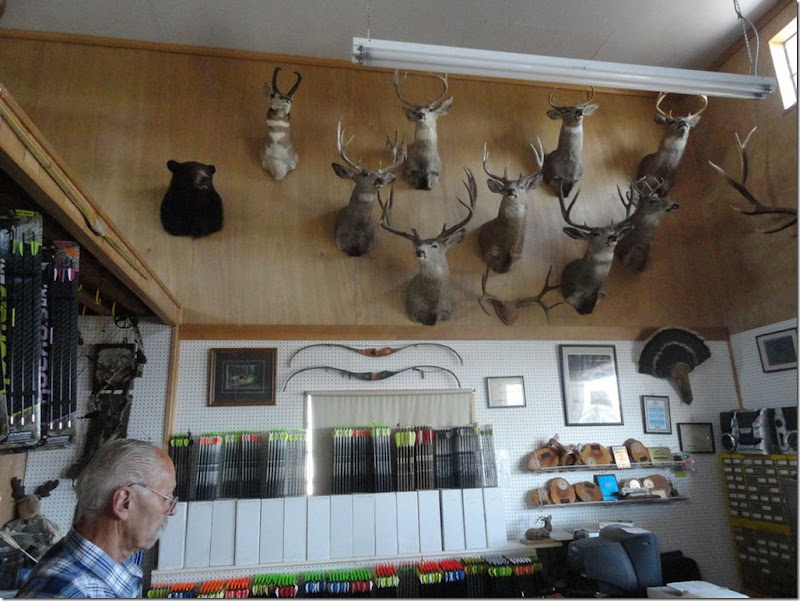 The next place that we actually had to turn around and come back to, again in the middle of nowhere, but a must for old rust seekers. 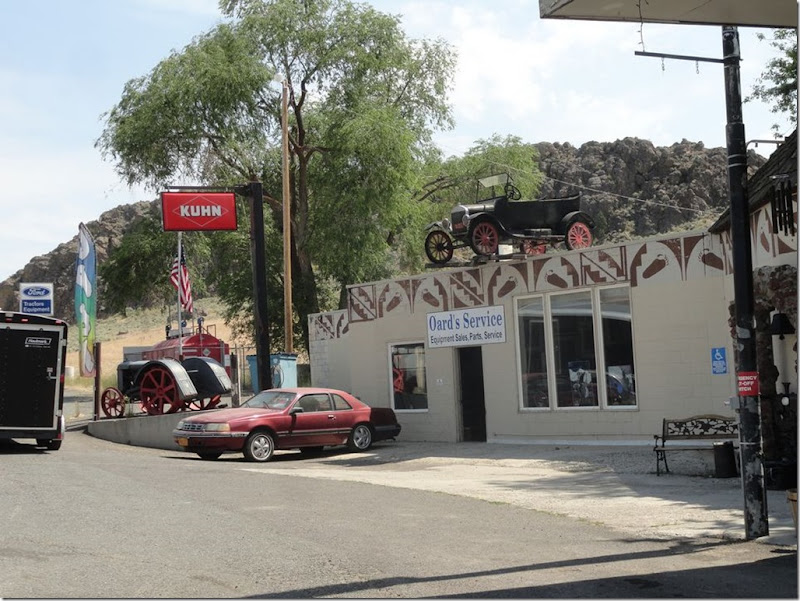 The previous owner actually built a ramp behind the building and drove it up there decades ago.   The gentleman who runs Oard’s Service said that people have even climbed up to steal a part, but it is pretty much intact.  We offered to start it up and drive it off, no dice. 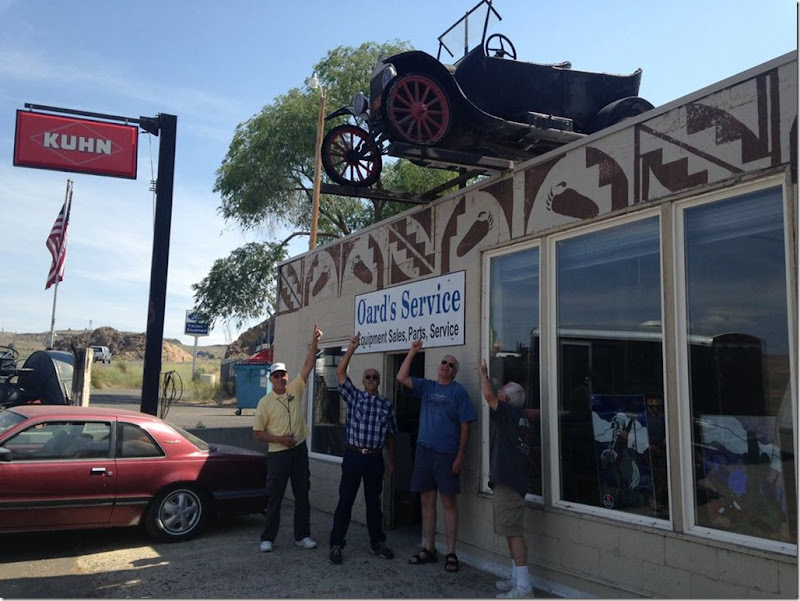 And inside the other part of the building, holy cow!!  This buisness has been in the family for 135 years, three generations! 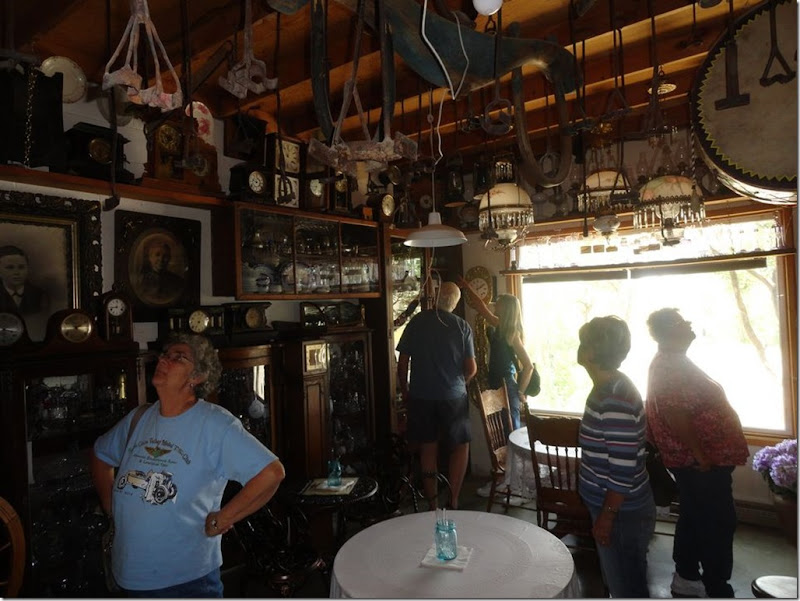 And this is for John Guzzetta.   We went over both Stinkwater Pass and Drinkwater Pass.  I am not sure which one gave us all the Model A vaporlock problems back in 2002 but the grades are still steep and the temperature is still hot.  And the Oasis Cafe is still there down in the valley.   The Oasis saved our lives in 2002,  air conditioned cars saved our lives today. 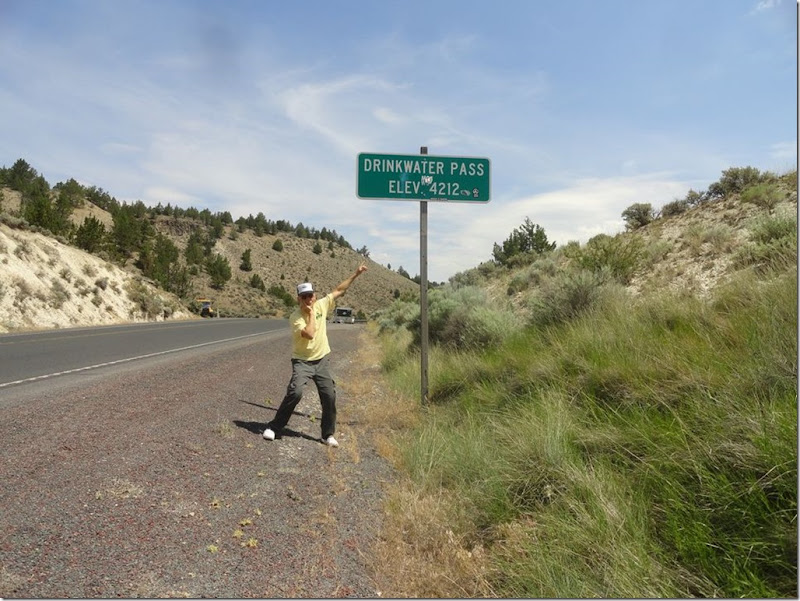 We finished the day with different scenery, lots of big trees.  McCall is a winter sports area, ski lift and all. 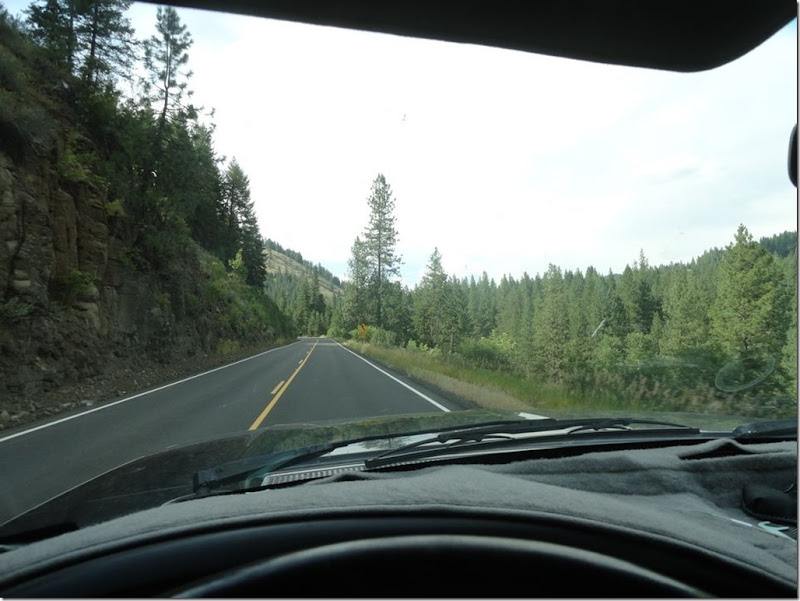 Missed you at the SCVC meeting last night. We're so happy you have this blog. Our thoughts are with you. Without a doubt, you know how to have fun and enjoy life,

John says, Stinkwater Pass gave us the most woe! Think we came from the other direction, and drinkwater pass was ok but heated the cars up good, and then Stinking Water Pass did the poor A's in...not to mention about 100 degree heat!

John says, Stinkwater Pass gave us the most woe! Think we came from the other direction, and drinkwater pass was ok but heated the cars up good, and then Stinking Water Pass did the poor A's in...not to mention about 100 degree heat!

Keep on sending the great pics and commentary.

We got home today. Left Vegas at 3 am to avoid the heat. 538 miles later we drive in the driveway.

The pictures look very familiar! We were there but it was cooler when we traveled with the Model A's. Glad you are having fun. Love reading and seeing the pictures. Mary B