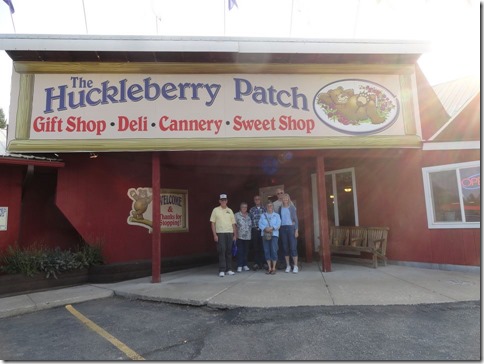 I had Huckleberry ice cream for breakfast.  Then on to Glacier Park Lodge, one of those magnificent old National Park Lodges. 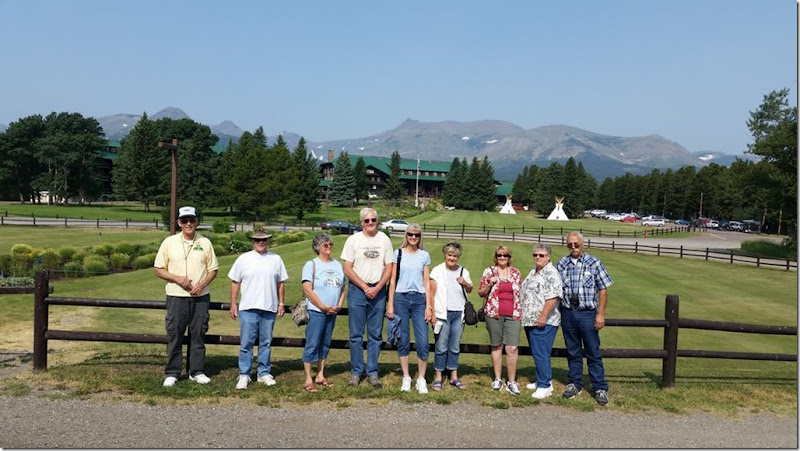 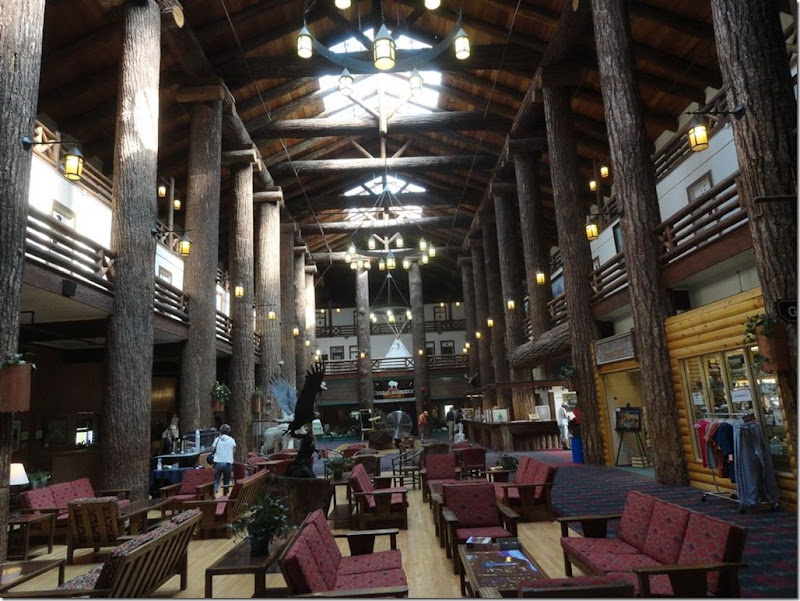 Inside, Becky treated us to a little classical concert on their piano. 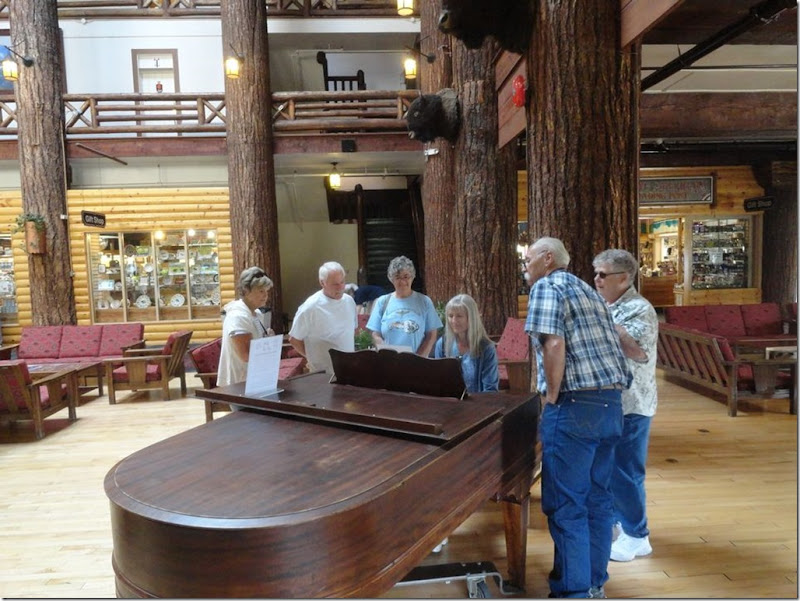 Just across the road is the old original and still functional train station.  Just had to go look at that. 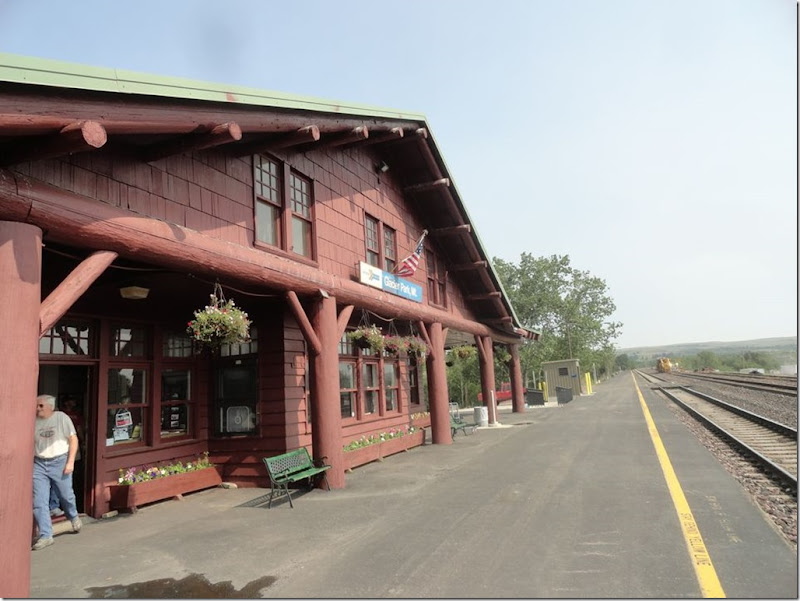 The guys discovered that the tracks were being worked on with these fascinating machines.  This required at least a half hour of figuring out how they worked. 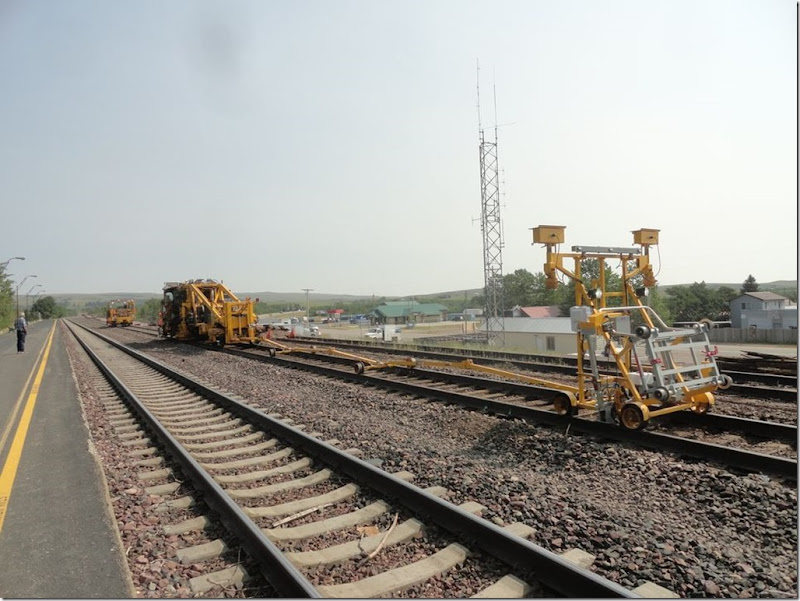 They had replaced some of the ties and were tamping the gravel around the new ones.  One guy operating the first machine and the second one worked all by itself, fully automated somehow, finding the new tie and tamping around and under it.  Notice it is a drone. 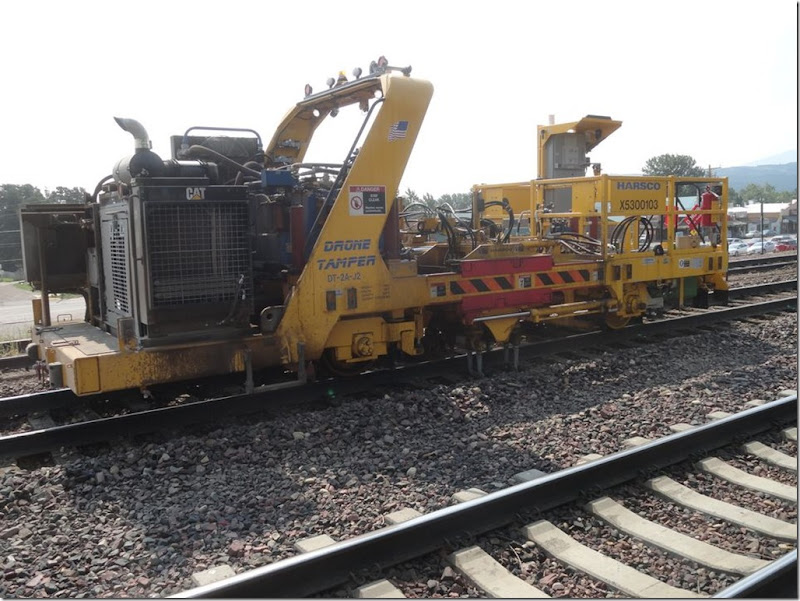 Ray and I picked up a couple souvenirs.  Mine only weighs 1/4 pound, Ray’s weighs 10 lbs. 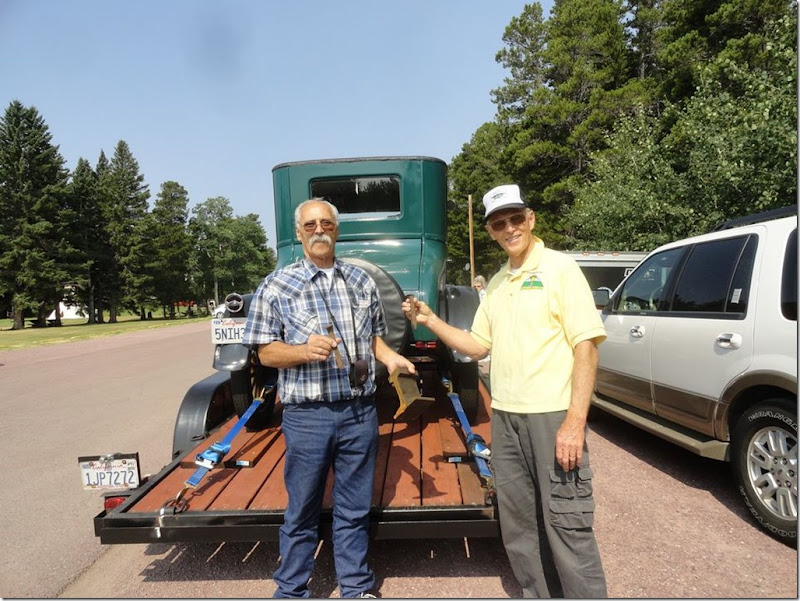 On to the border, only 10 minutes to cross, I guess we don’t look too undesirable, very light traffic at our little 2 lane road crossing. 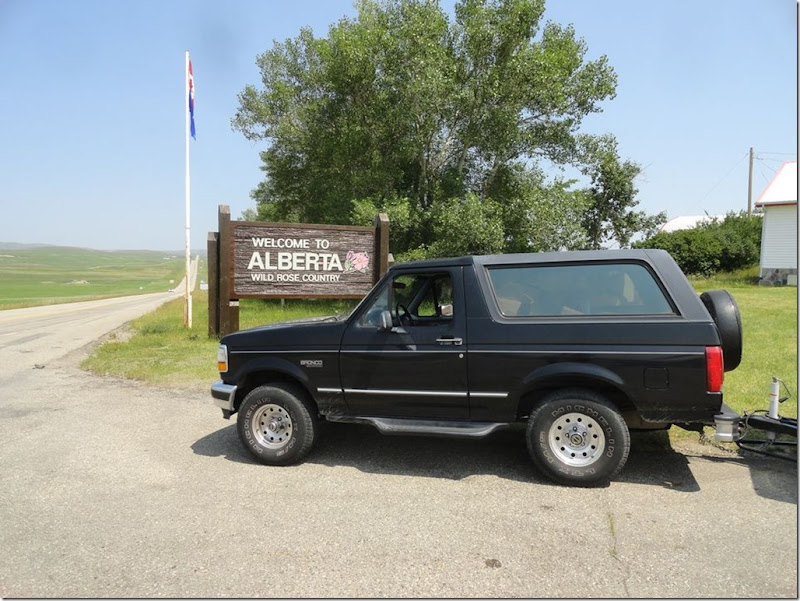 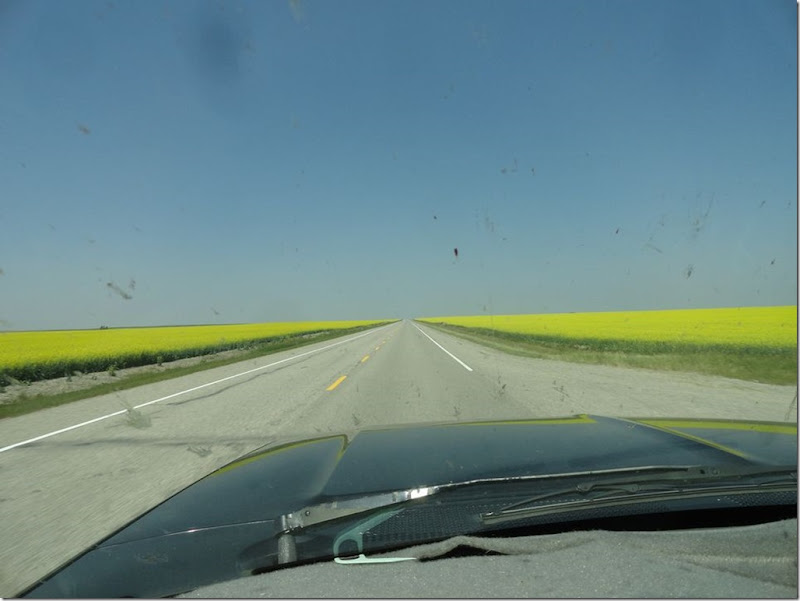 Stopped in High River, to see Maggies Diner which is prominently featured in the Canadian TV series “Heartland”.  Bob and Pat are big Heartland fans, it is only available in the US on Netflix. 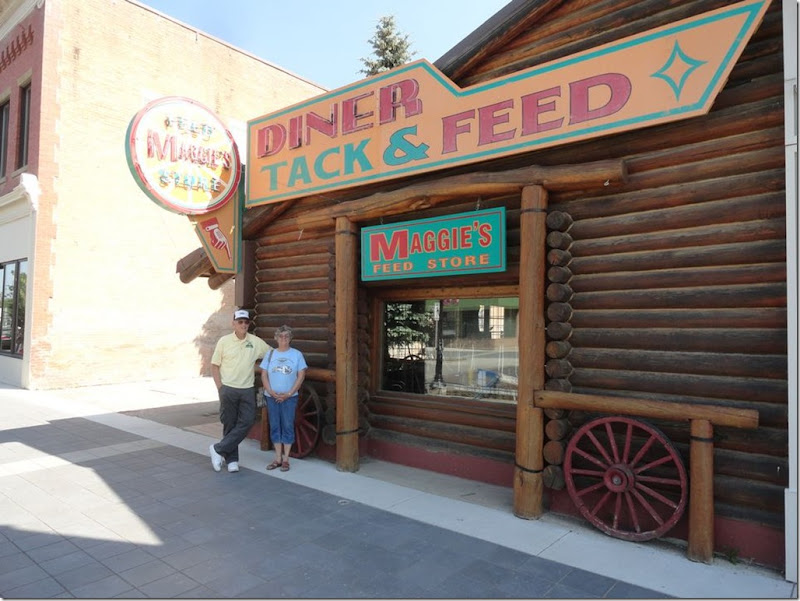 Tomorrow, the Calgary Stampede.  We probably won’t post again until Sunday.
Pat’s signs for the day:
Bear Spray for Sale
Be Bear Aware
Distracting Driving Rule in Effect
I go where I am towed.
Posted by Bob M. at 5:36 AM

Enjoying the ride along. Have fun in Calgary. Be safe!
Bob & Mary B.

Morning. Just joined your tour been busy with a broken leg. Looks like fun.

I remember a lot of these places from the trip 5 years ago! Wish we were there with you it looks like so much fun. Be safe and have fun. The Huckleberry stuff from up there was so good!
Mary B

Great shots, would have like to try the Huckleberry Ice Cream for breakfast. Inside the Glacer Park Lodge, the tall timber columns are not real, just the bark laid over concrete columns, those old craftsman did a great job replicating a tree trunk.

Great shots, would have like to try the Huckleberry Ice Cream for breakfast. Inside the Glacer Park Lodge, the tall timber columns are not real, just the bark laid over concrete columns, those old craftsman did a great job replicating a tree trunk.

How was the "feed" at Maggie's? What a combo tack & feed, or was the diner for another type of patron?