A Convention in Reno - Day 1 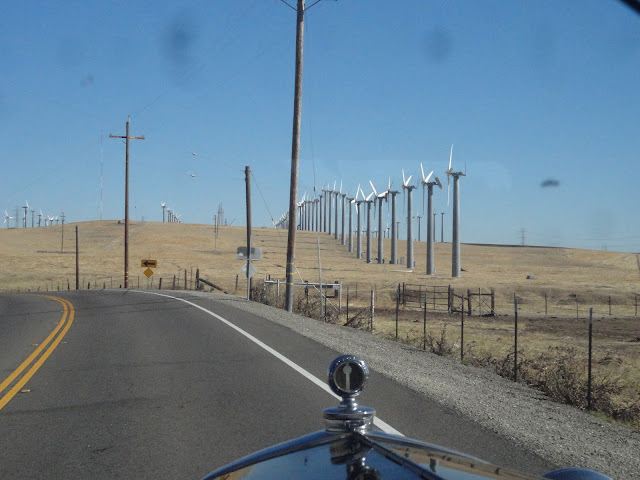 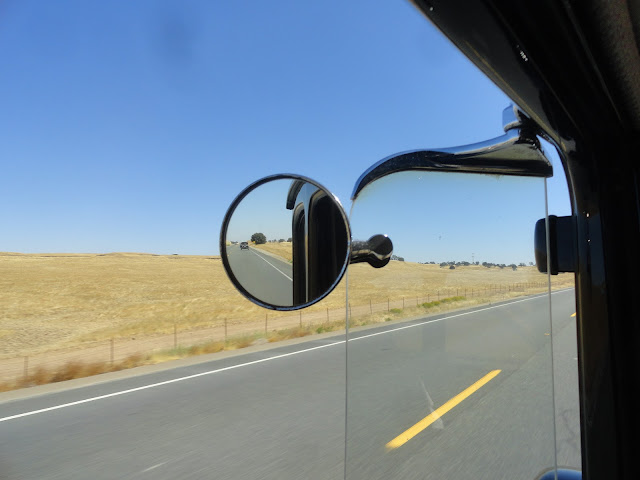 Lunch at Cook's Station on 88.   Got there way ahead of the pack and before noon, they were only serving breakfast so had a skiers breakfast, must be a favorite for the skiers heading for Kirkwood,  definitely stuck with us all day. 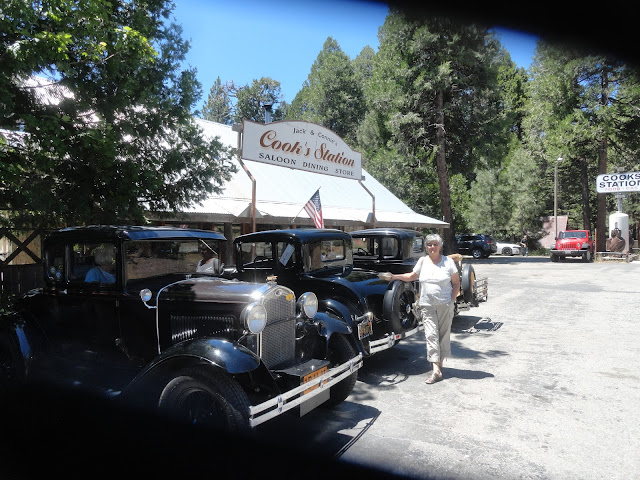 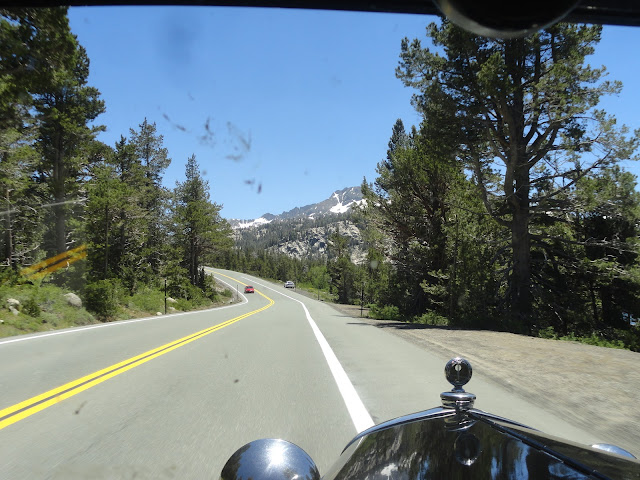 Stopped at the Hope Valley Pie Shop, and got some lemon bars (out of pies) and took a side trip to South Lake Tahoe and said hello and goodbye to young Bob and Jane. 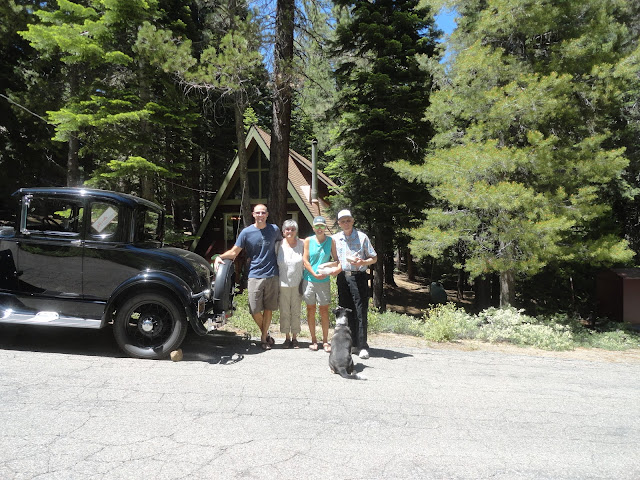 Then Hwy 50 over Spooner Summit to Carson City and freeway into Reno.   South Lake Tahoe was absolutely packed with people.  The beach parking lots were full and Hwy 50 was lined with parked cars both sides anywhere near a beach.   Unbelievable…….    Ran across a VW tour, 300 bugs on a tour around the lake.

Landed at the Nugget,  1500 rooms, body can get lost in this complex.  We are on the 26th floor, overlooking the railyard and the airport. 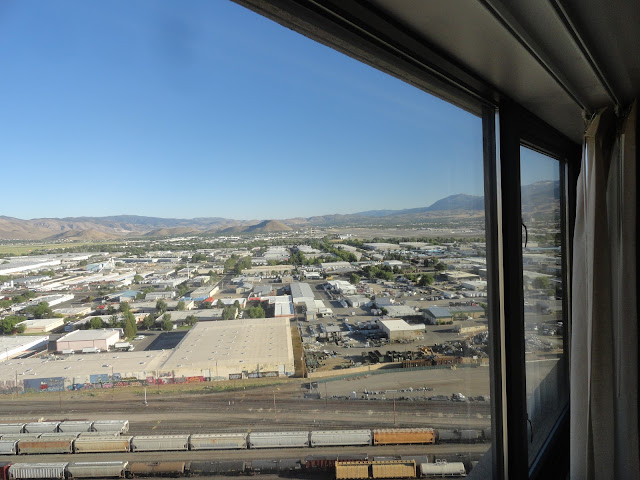 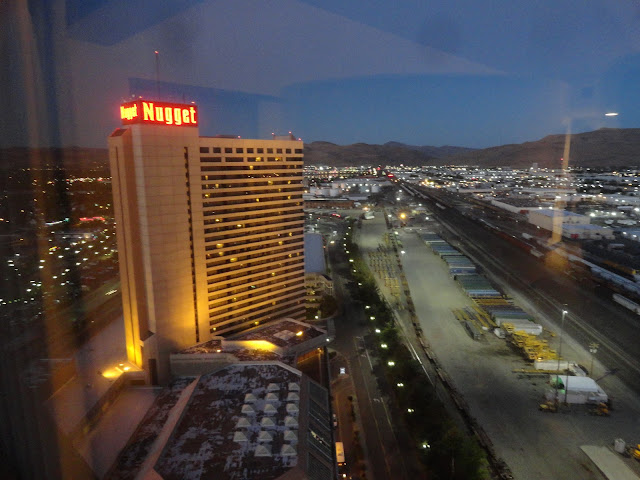 All the A's made it in, with some minor difficulties,  turned on the air and blew the main fuse, coasted off the road, guess no A/C this week, darn.    Also lost my damn phone at the same stop, must have fallen on the road in the excitement.   Ray lost a couple bolts from his transmission, good old OReilly's had em.   Heard about a little vapor lock for Holombos and Rinaldis had considerable boiling!  But all are in! Our club is well represented here, we think we have 57 members present.   Gotta do better on the pictures tomorrow, keep missing the good shots.
Posted by Bob M. at 9:47 PM