June 4, 2018:  The Happy Cows Tour dawned dewy and cold.  Found a very suspicious banana slug on the windshield, looks like the night gremlins have been at work. Some folks were reported to have found spiders, roaches and snakes. Our long time friends have returned to travel with us! 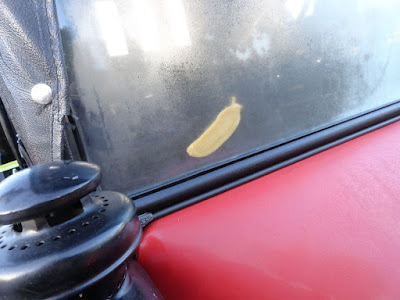 Lots of T's were very reluctant to start.  Ray and Grover both needed a 12V kick to light off.  But we finally hit the road at 9:00.  Traveled through some beautiful farmland, lots of dairies and lots of happy cows.   You know how you can tell a happy cow, it is lying down in a nice green pasture and ruminating about the state of the world instead of standing up eating. 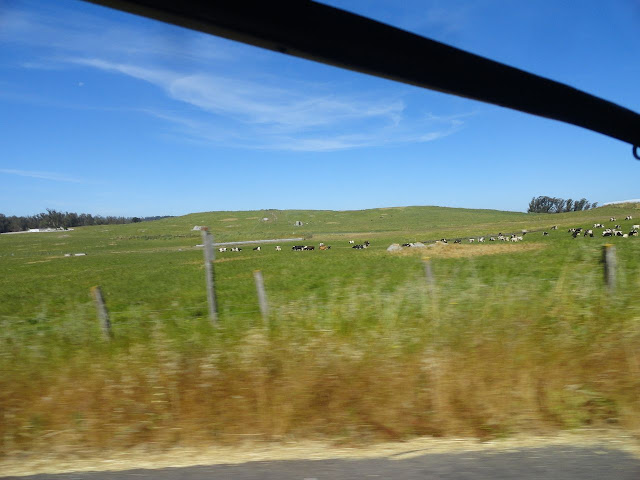 I may have found my next project, people actually turned around to get a picture of this,  (Peder) 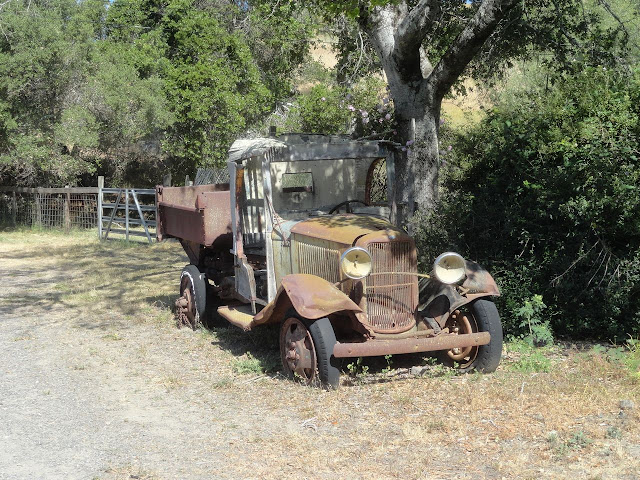 As we got close to the coast it got really cold and windy.   Everybody was stopping and putting on the cold weather gear,  not too stylish but who cares? 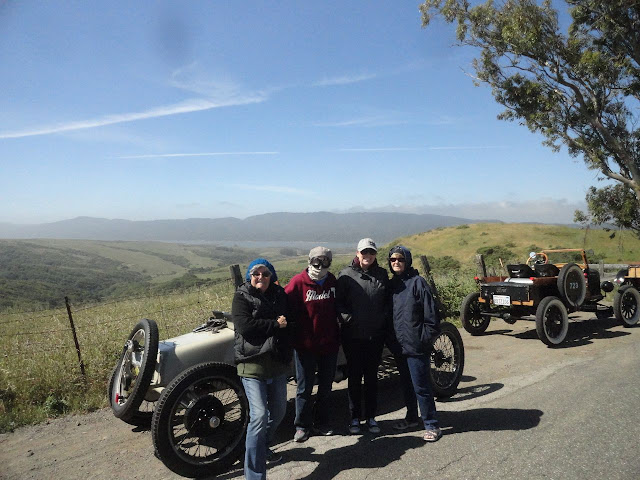 Our route took us along Tomales Bay,  and that means BBQ'ed OYSTERS!!!  Can you believe it, I was the only one who had a plateful, so what if it was only 10 o'clock.   John Guzzetta would have joined me. 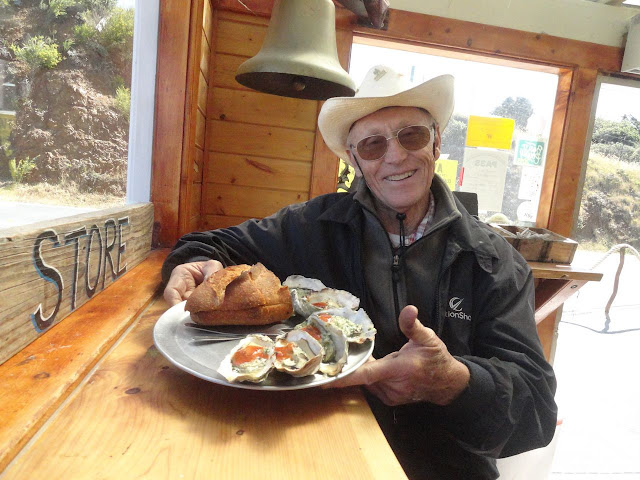 Out on WINDY Pt Arena, we headed down a steep hill to Drakes Bay,,,,  This was one of about 5 or 6 low pedal hills that we had to climb today. 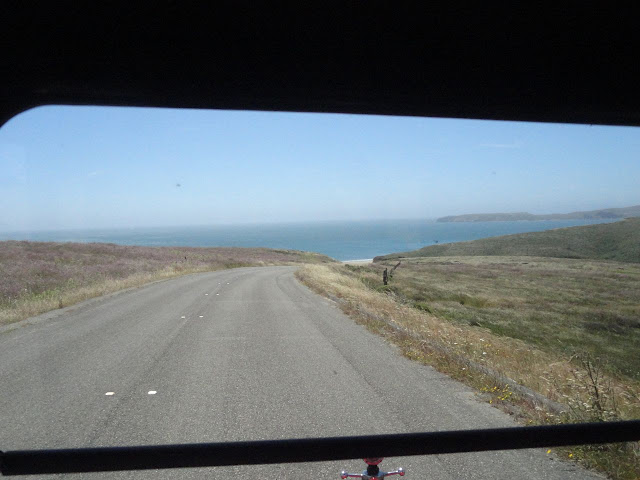 Caught up with a bunch of the earlier birds having lunch at the Drakes Bay beach...... 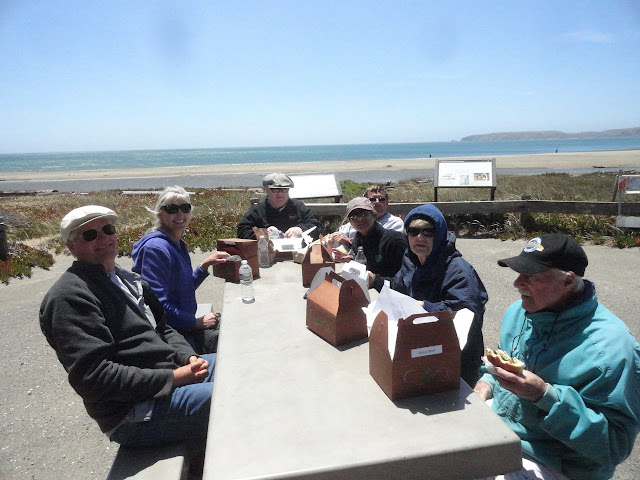 On the way out, spotted these elk,  look at those bucks guarding their harems..... 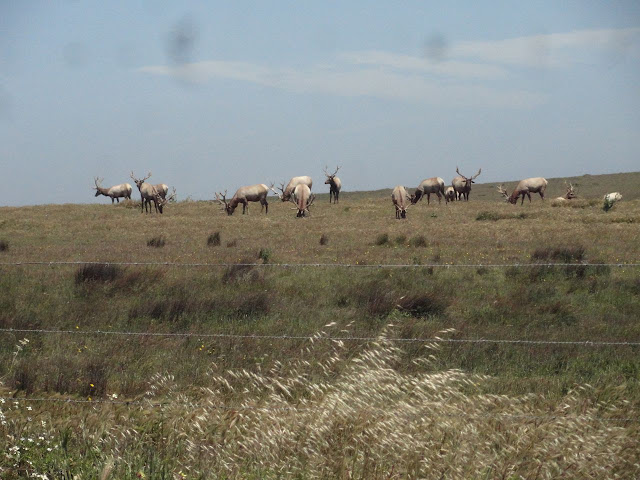 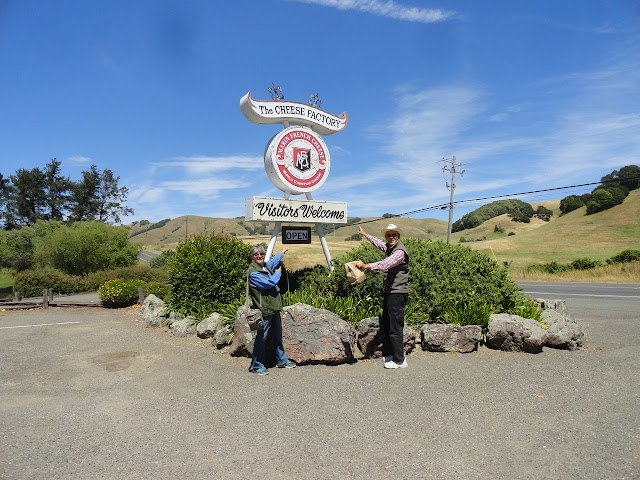 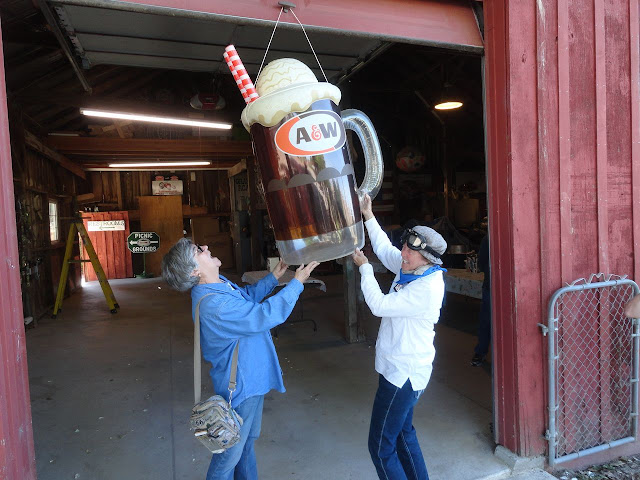 He actually has a soda fountain in his man cave, and an original Dreyers Ice Cream sign which we had to get Ed and Karen in front of for a picture. 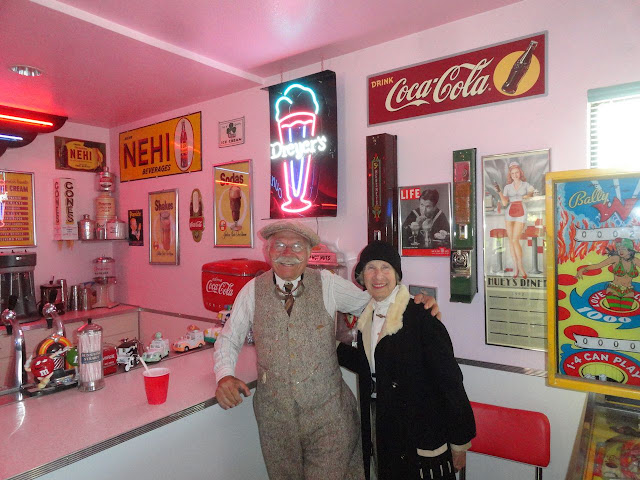 Total miles today, 125.   Casualties:  Grover came in on the trouble trailer after car refused to start again at Tomales Bay, and top bows got broken in the retrieval, damn.   Ray had to crank start his car all day until the battery finally got charged back up enough.   Good exercise, that's what we claim.  Troed lost a clevis pin out of the Ruckstell Shifter, easy fix. Just steal a bolt from somewhere else.  All others okay or won't admit to anything.

Good scenery, good food, and great friends make for memorable tour!
And you’re right Bob, John would’ve joined ya. Hey Patti, did you let Bob make an offer on the rust, fixer upper? we think NOT!!
Thanks for the nice pics...
John and Judy

Miss touring with you guys. Have an extra zenith in the box, and liver and onions tomorrow night! Good times
John