June 7, 2018  The Redwood Coast Tour.   Another blue sky day, heavy dew again, but today, Ray's car started all by itself and it was David's car that was really reluctant.  Click on any picture for a LARGER version. 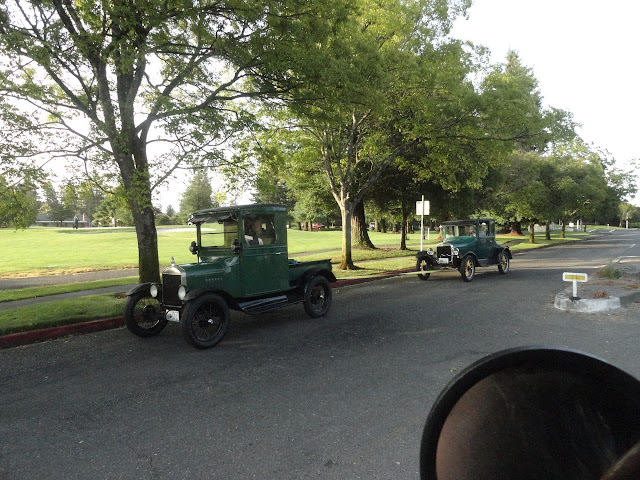 We were beset with a whole new crop of lizards, on the seat, on the floor, in my gloves,,,,, 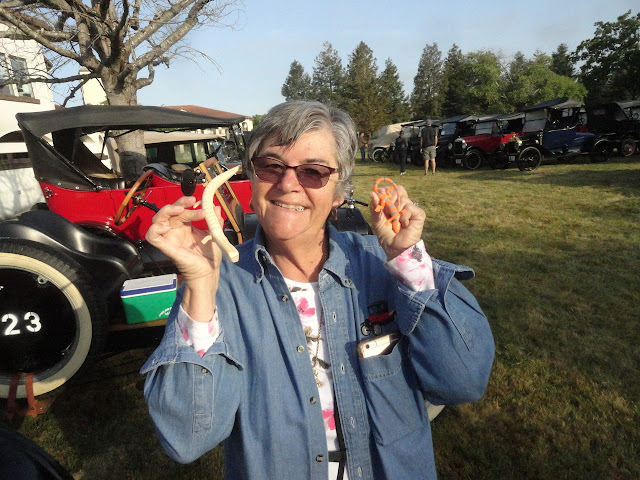 Headed for the coast, one of the byways was the Bohemian Hwy,  two four foot lanes with a double yellow line,,, 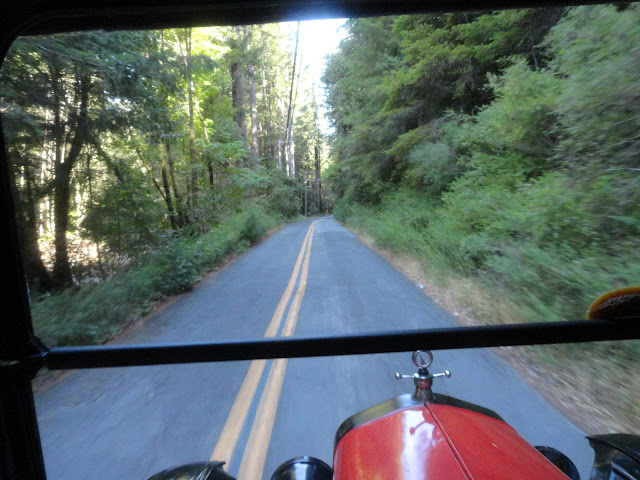 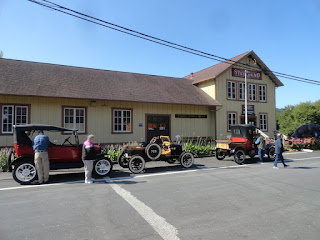 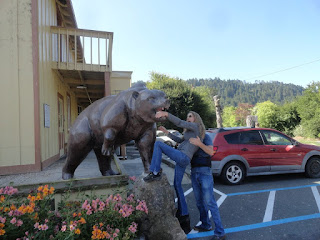 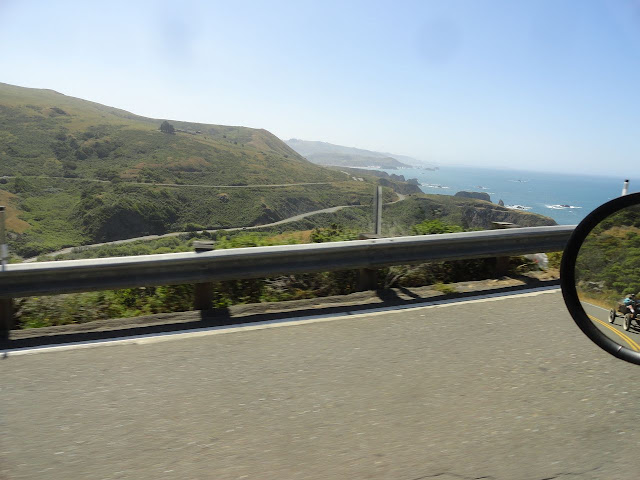 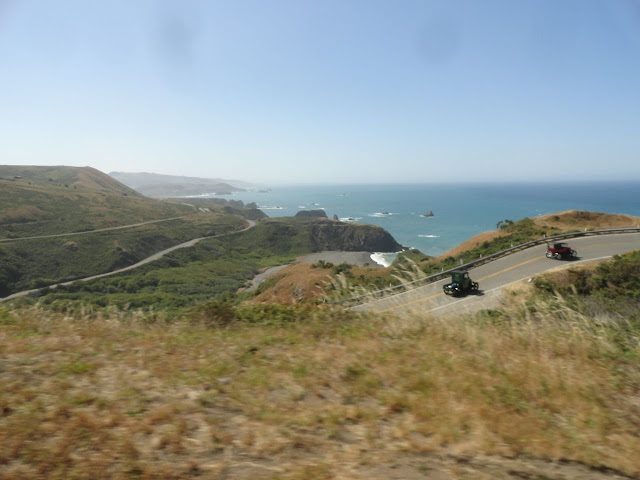 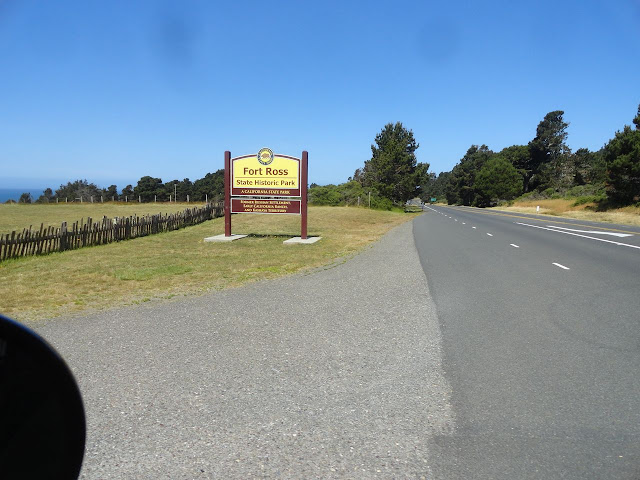 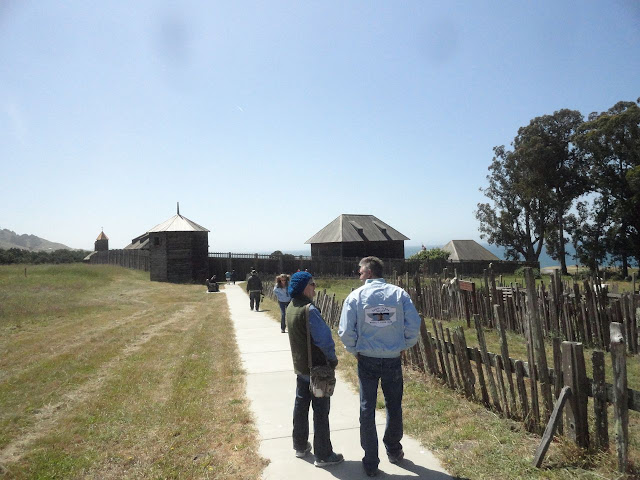 First windmill in the U.S., built by Russians...… 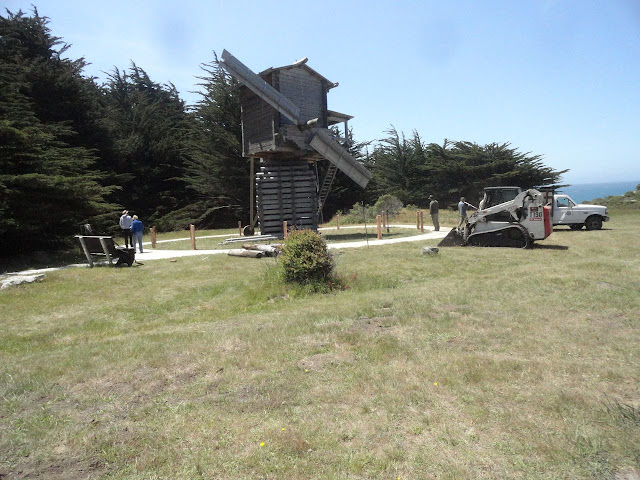 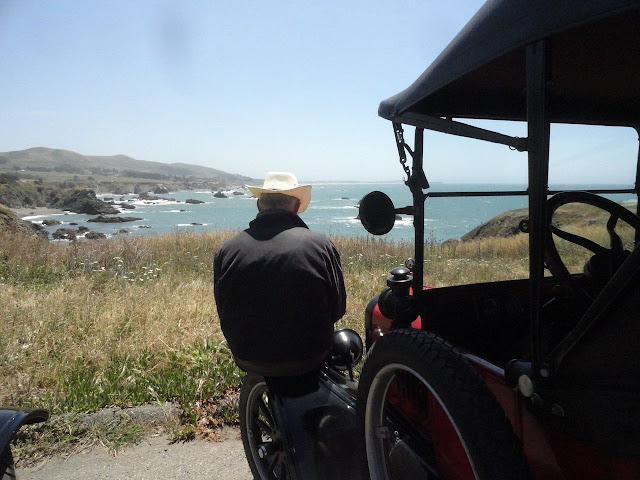 And back to the barn via one antique store.   Heard that David and Barbara both came in on the trouble trailers.   David having particles in the fuel problems, don't know about Barbara.  106 miles today...….

Glad you're having such a great trip!