A Convention in Reno - Day 4

June 26, 2018.  87 miles.  Started the day right off with a parking garage seminar.   Ray's starter would not engage.  Beat on it with a hammer, nothing, just spinning.  Pulled the starter and found that when Ray had the starter rebuilt, a repro Bendix was installed.   The same one that several members have had trouble with.  The design is such that when the engine starts and flips the Bendix gear away, it jams at the end of travel.   Fortunately, Bob's parts house had an original Bendix which we installed.   Problem solved, moral:  do not buy a repro Bendix they will stick!!! 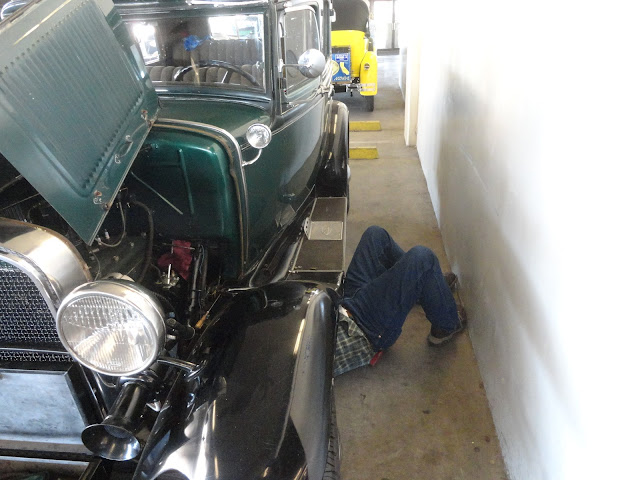 Finally got started on the Pyramid Lake self guided tour, out into the desert of the Paiute Reservation to Pyramid Lake.  Beautiful huge lake about as big as Lake Tahoe, and turns out the Truckee River which is out of Lake Tahoe ends here in Pyramid Lake. 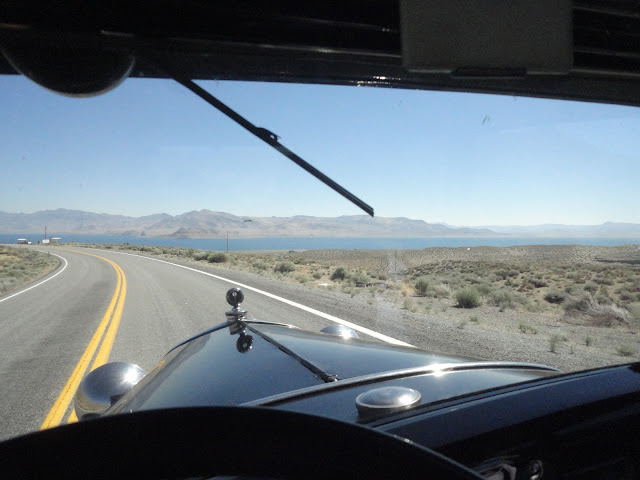 Little desert pit stop beside the lake,,,,, beautiful in a hostile kind of way.... 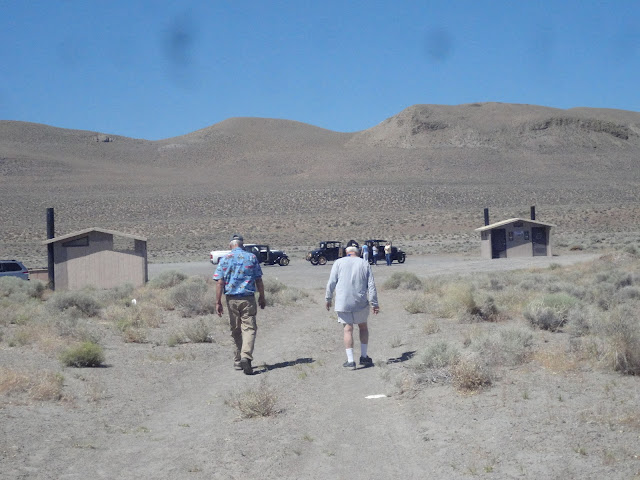 Pressed on to the Paiute Visitor Center, 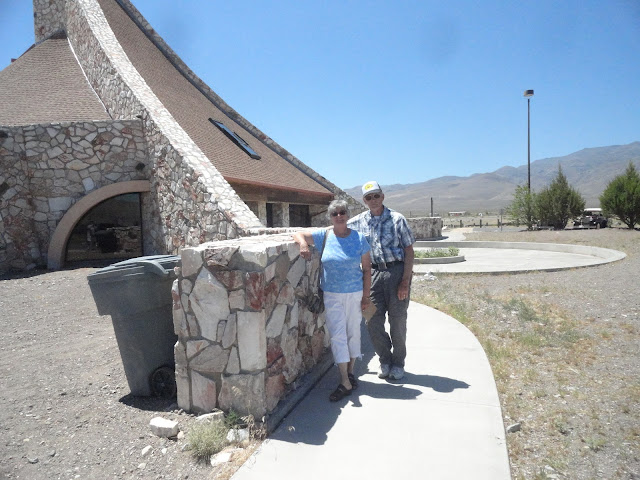 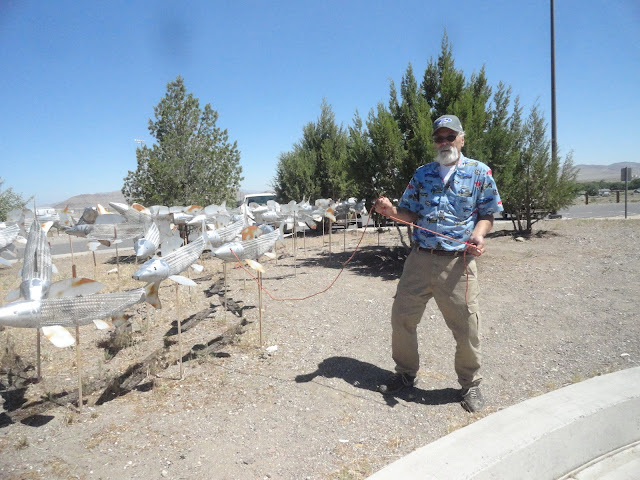 As we were leaving, a gentleman by the name of Bob Burres came over and noted an oil spot which my car had left (seeping front seal) and said he had a fix for that.  He handed me a package that contained a PCV valve for Model A's.   New product that he is giving to a few people to try out. 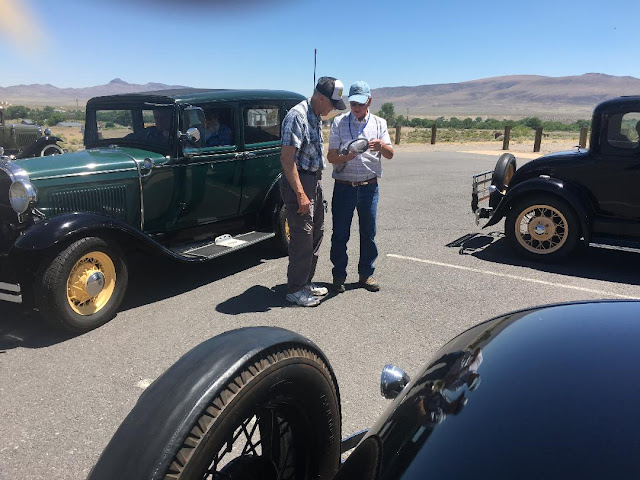 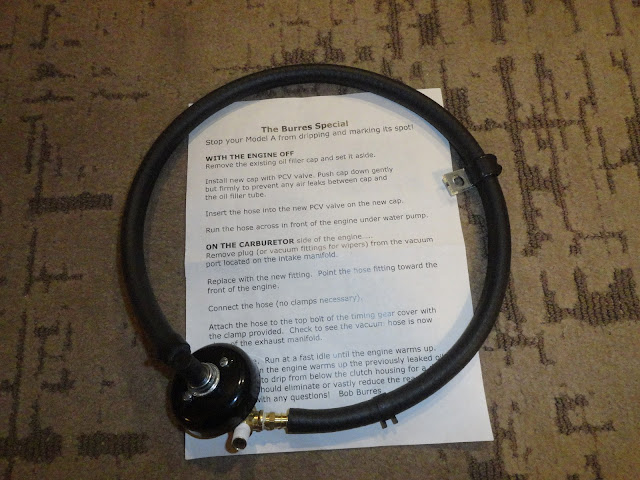 Gotta put it on first thing in the morning....    Anyway we looped back to Reno on Interstate 80, as it was getting rather warm.   So here are a couple signs, mocking us, I think,,,,  "FOG PRONE AREA", "ROAD MAY BE ICY", CHAINS OR SNOW TIRES MAY BE REQUIRED".   Probably not today, dam AC had to pick now to die. 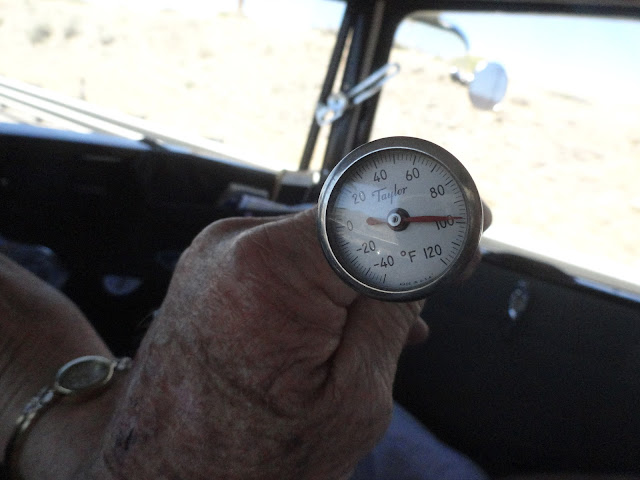 Afternoon activity was an indoor visit to Scheel's sporting goods store, huge, kinda like Bass Pro Shop.   I made friends with a catfish,,,, 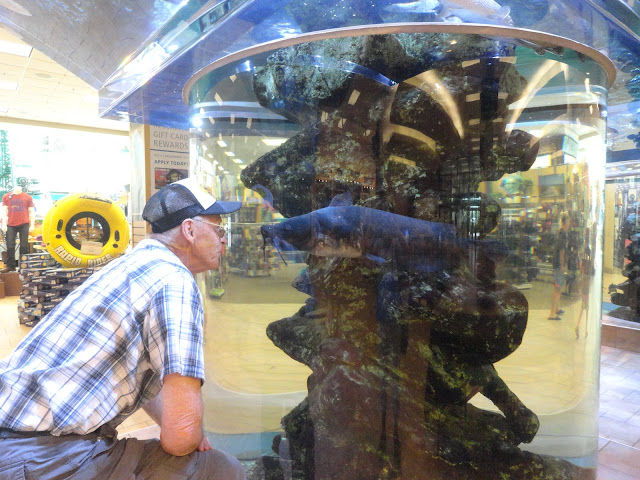 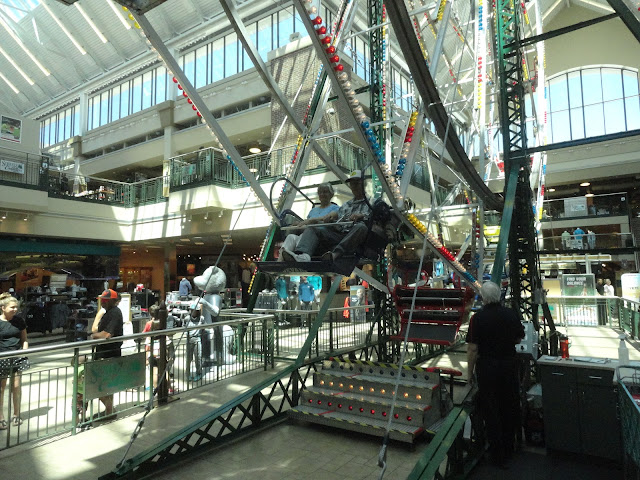 Finished the day off with all you can eat tacos.  Pat's limit, one, my limit, two, John Guzzetta's limit, four,  Ray's limit, five!!! 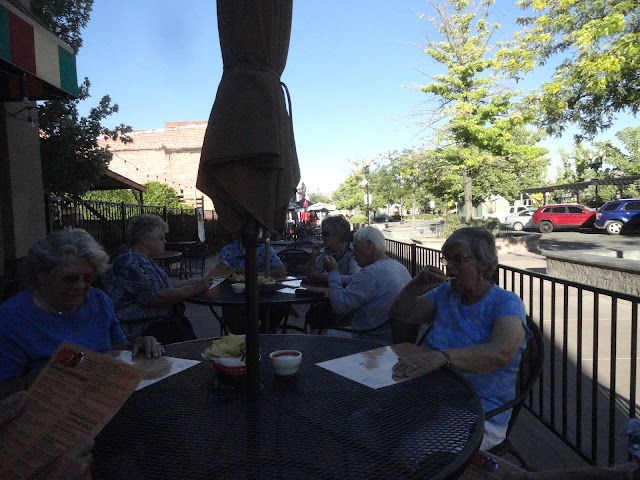 Nice convention, so far. Whatcha think of hospitality so far....any complaints, take it up with the boss! 🤪
John and Judy

We've been to that Scheel's! BIG!