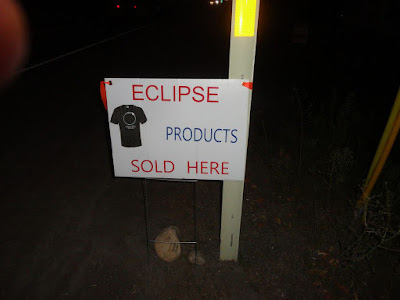 Prices for parking were all over the map.  I don't know how many people paid this one,,,,,, 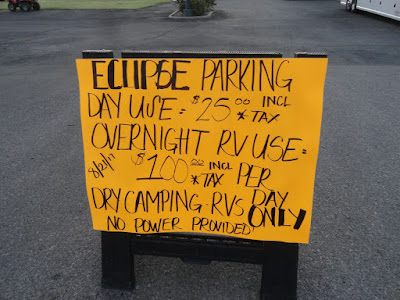 Cause this lot was put up by the town and was free. 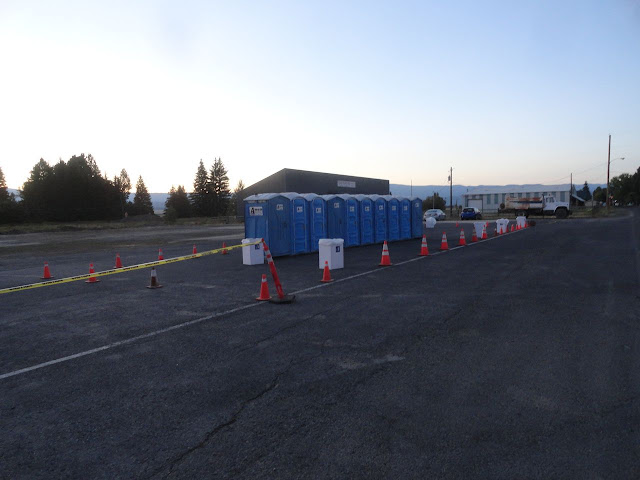 We trekked up to the top of Van't Hof mountain and prepared to watch. 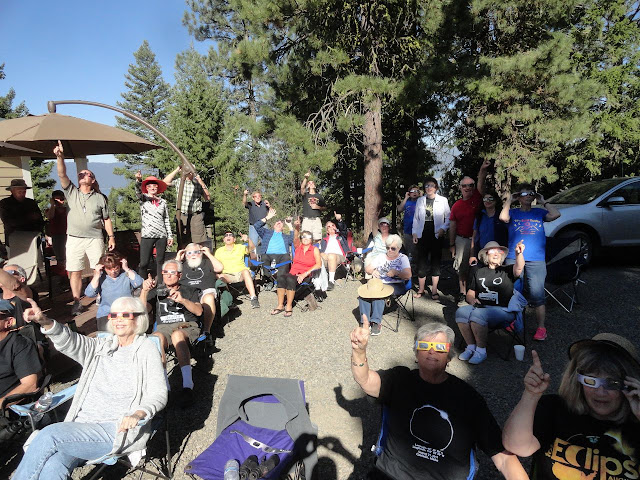 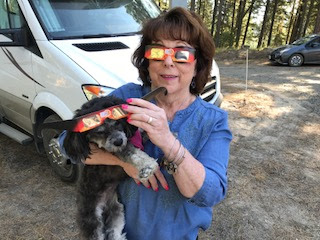 We were not sure what to expect, there was some discussion whether the moon would be moving to the left or to the right across the sun.   I actually won a bet and 5 bucks on that one.   Never question an ex-NASA engineer.  As the moon began to cross the sun, the one noticeable thing was that the temperature dropped about 10 degrees on my thermometer, folks donned jackets and a slight dimming could be observed.  When the actually totality arrived, the hills to the west darkened suddenly and then it dimmed rapidly.  It was never pitch black, more like dusk, 15 minutes after a normal sunset.  The sky was still a shade of blue but venus was now visible but no other stars.   And it looked like a 360 degree sunset as you looked around.  It came and went almost too fast to appreciate but I did get a bit of a video that showed how quickly it darkened.  I started shooting to the west and went it went to totality I swung around and pointed at the sun but it would not focus on the sun.   It is a lousy video but it gives you an idea. Notice how light the horizon is.

We all wanted an instant replay, it was too quick.    Anyway, after lunch, we bid our hosts goodbye,,,, 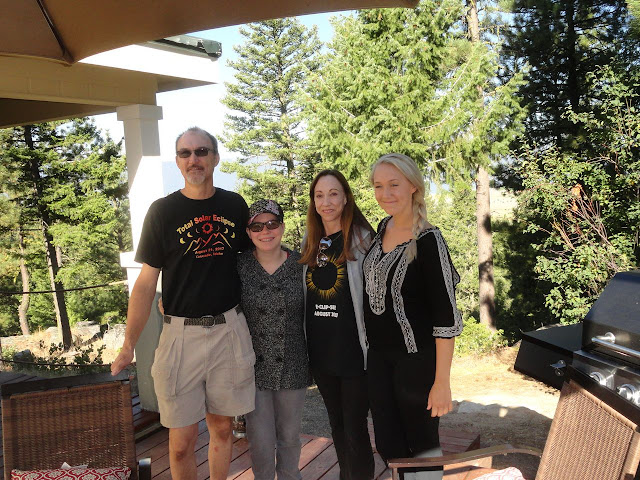 It was a magical day and to experience it with the SCVC group made it extra special.
We had a great time and truly enjoyed hosting the group.
You are all welcome back any time.
Safe travels for the rest of your tour.
Dave, Janet, Krista and Janelle

Wow, pretty neat. Cool to see the video you got too.
Way to win the bet.... you can spend that on a milkshake.
Safe travels,

Hi Pat, hi Bob, it's Tippy again. What a great day. I took John for a walk during the partial eclipse here, pretty neat. John showed me the picture you sent - maybe you'll bring some sheep home for me to watch? Marissa is not sure they're cute enough. Oh, and now that I'm an Internet sensation you can direct all inquiries to my agent, Chicken Little. OK time for another walk! woof woof

I went to the bird seed store yesterday an there were about fifty folks standing outside with glasses on looking at the sun. I know they didn't get the experience our club had in Cascade. You we were there.

What a cool day! Glad you all got to see the total eclipse with all your friends. An excellent adventure. We had a ball too with a big group in our backyard.