August 19, 2017,  195 miles, Tremonton, UT to Twin Falls, ID.  Off we go to Promontory Point, site of the meeting of the transcontinental railroad.   Lot of pictures here, click on any one to get a larger version.   The railroad was built from the west by Chinese workers and from the east by Irishmen.  About one mile of track was laid per day, except one super effort where 10 miles was laid in one day.   Tunneling through the Sierras progressed at 8 inches a day. 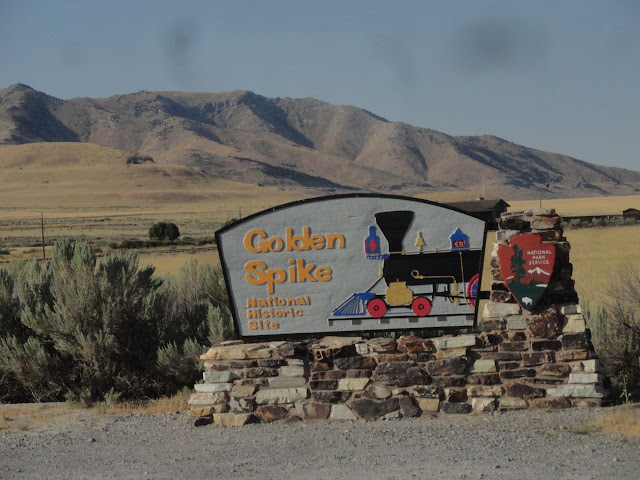 The engines could not be pulled out for the spike ceremony today because of a broken rail, which has been broken for months.   The sad story is that the Park Service, the State, the County, the Indian tribe, archeologists and environmental impact people all must give their approval to replace one length of track.  And so it sits, mired in red tape.   Amazing.   Anyway, we toured the engine house and admired those beauties.   Click on any picture for a large version. 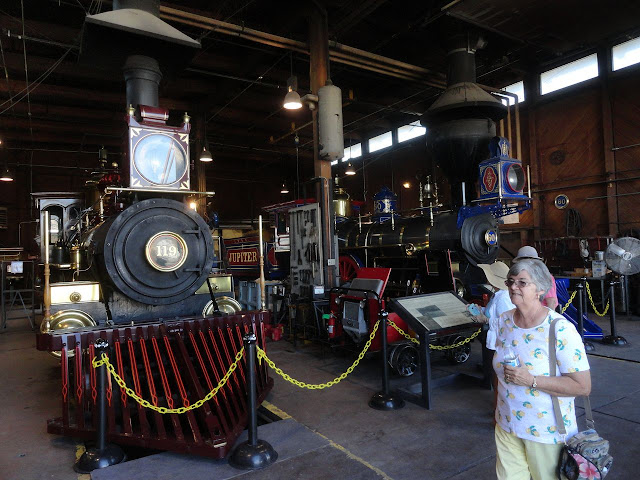 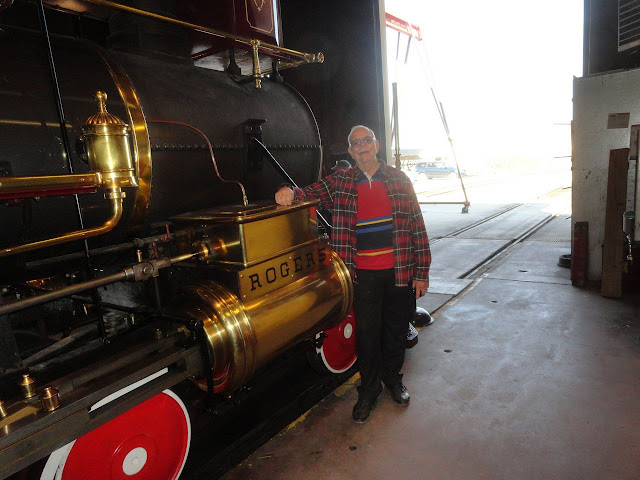 But they put on a pretty nice reenactment of the driving of the spike with all the dignitaries and their speeches.   Study the picture below, one of those dignitaries looks mighty like one of our own.  Incidentally, Chuck wore long pants today just so he could get a part.   (Governor Safford from AZ) 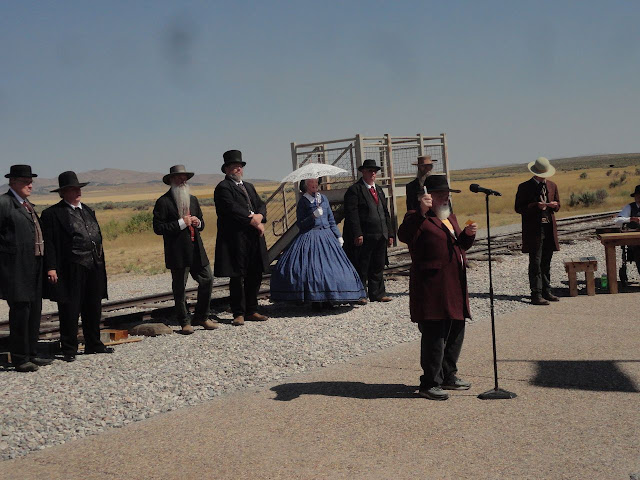 Second stop was at Orbital ATK (formerly Thiokol) where they have a display of all the missiles and propulsion systems that they have produced over the years. 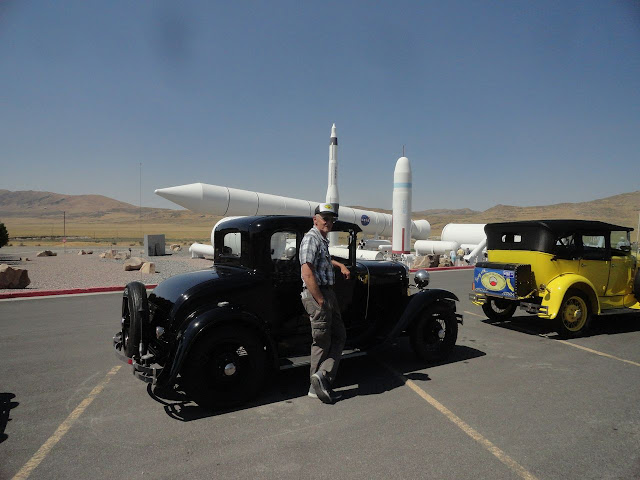 This is the business end of the reusable space shuttle boosters. 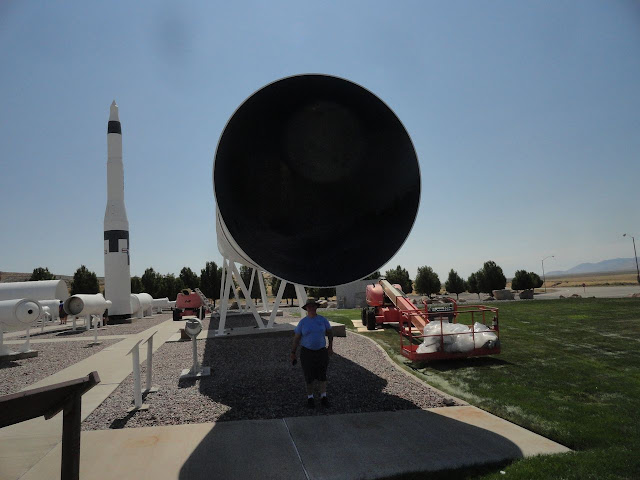 Next stop, a repeat visit to the Ranch Café in Snowville for lunch, todays special, strawberry rhubarb pie with ice cream. 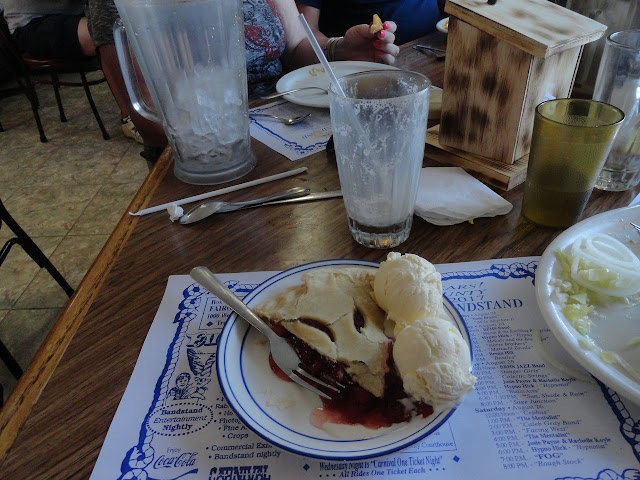 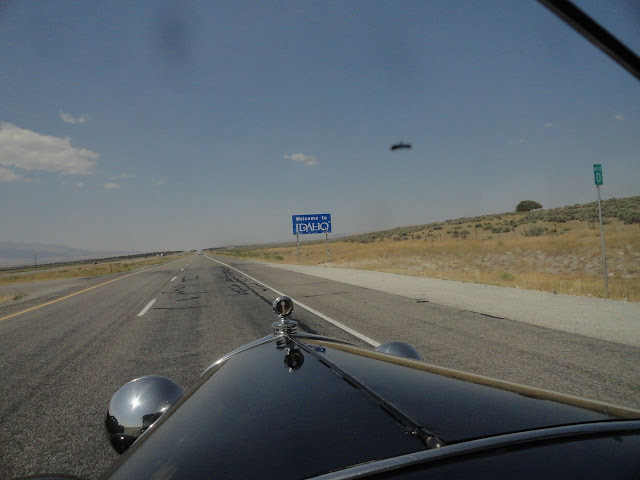 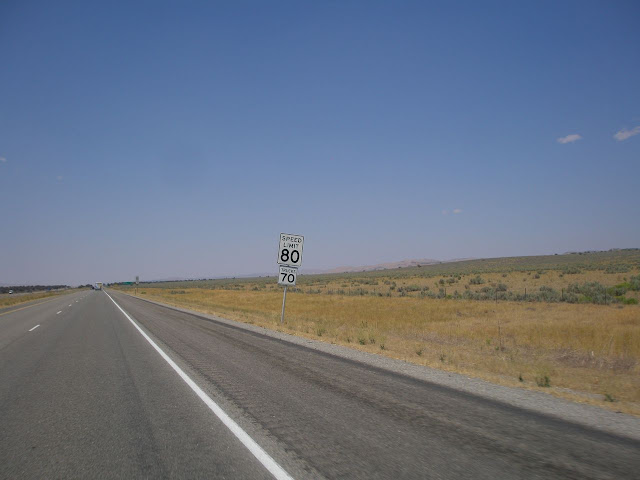 I think we are getting close to the eclipse zone,,,, 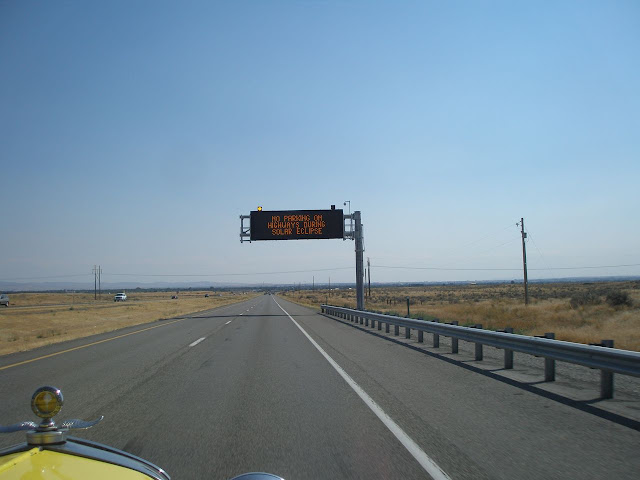 Impromptu tail gate party at one of the fuel stops. 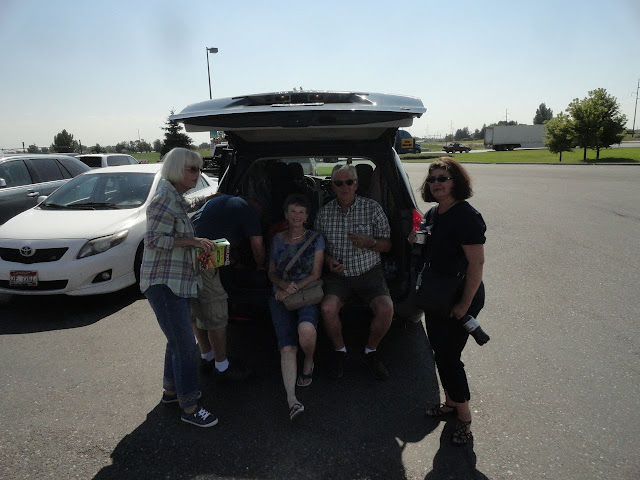 Tonight, got a sunset shot over the famed Perrine Bridge over the Snake River. 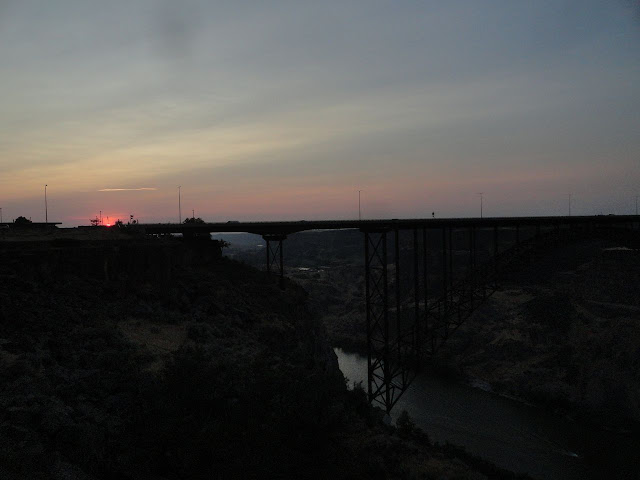 Base jumpers were going off the bridge while we were there.  Leisurely end to the day strolling on the edge of the Snake River Gorge. 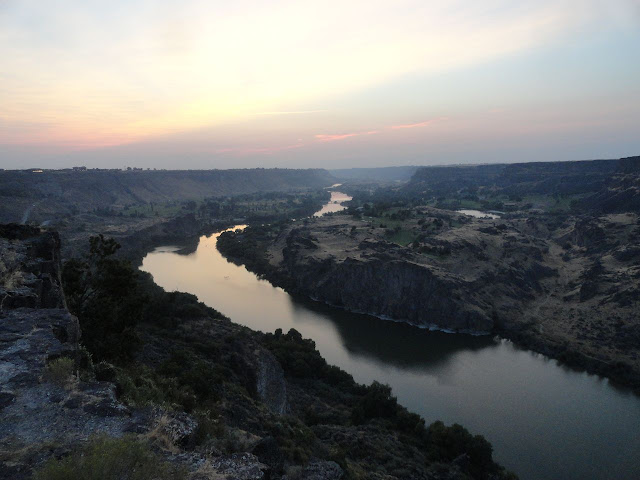 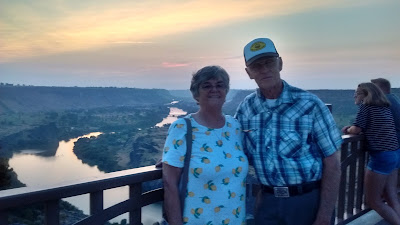 And tomorrow the craziness begins, been watching the news about the eclipse, I hope we can get to our destination.