August 31, 2017, Astoria, OR to Coos Bay, OR, 255 miles.
Hit the road early, hoped to get in early.  We'll see how that went.   Leaving Astoria, just had to drive down around the docks.   Huge piles of logs on the docks, where are they going?  Japan!!   Also huge piles of wood chips, also going to Japan, where they make chip plywood and send it back.  Can you believe that? 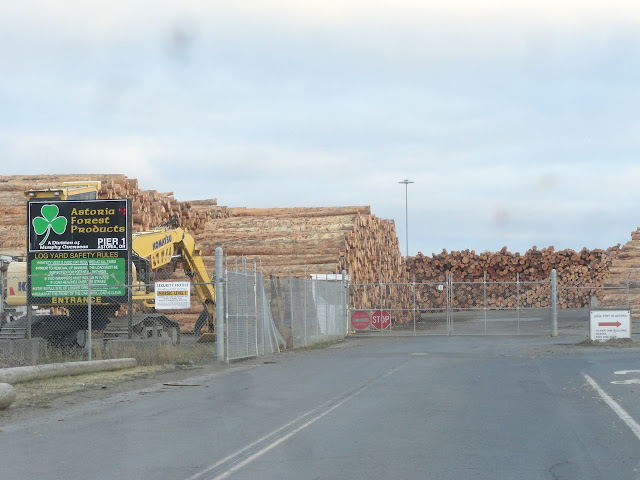 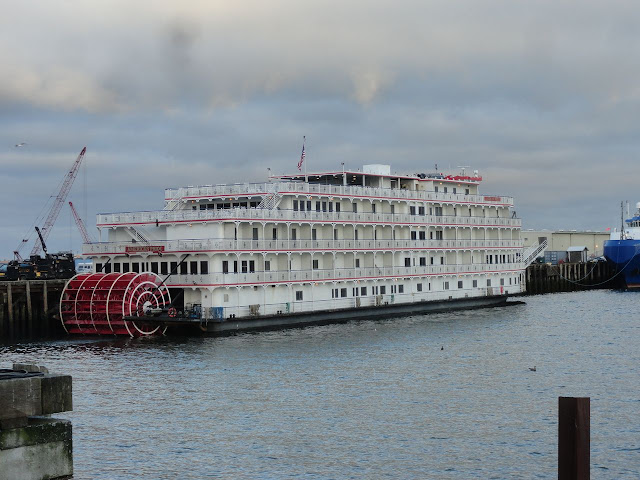 I also have procured my next restoration project,  got enough cars, got to start on something else. Guess who said, NO, NO, NO? 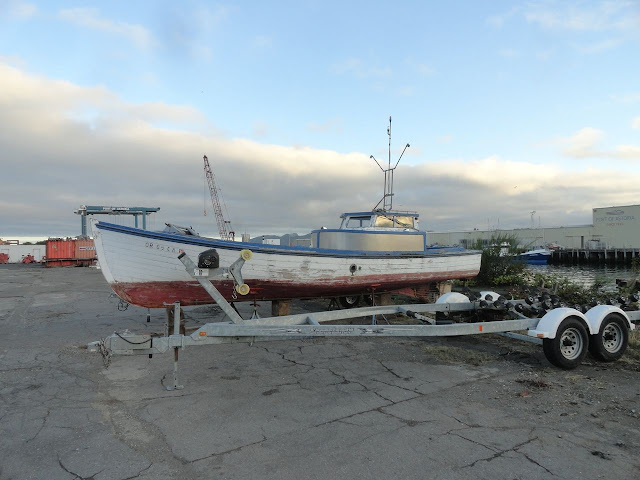 Stopped at the Tillamook Cheese factory,  they make 160,000 lbs of cheese per day.  It is 24 hours from cow to cheese or ice cream.  We tasted every kind of cheese,  some twice. 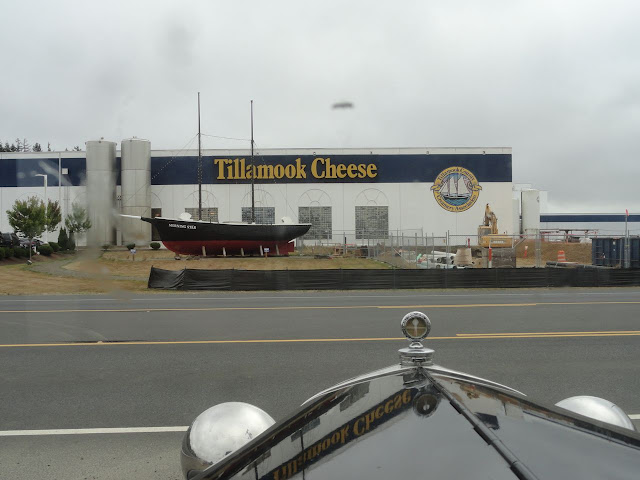 While we were having a sandwich at Tillamook Cheese, this little bird was busy working on my car, taking the bugs off the radiator,  how about that? 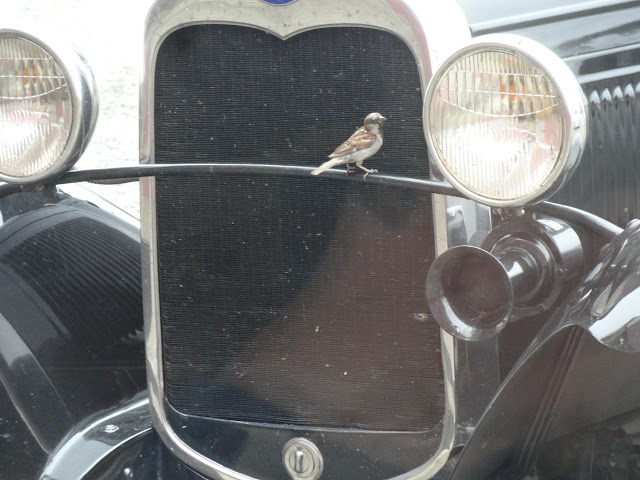 Stopped to mail a postcard in Hebo and found my self facing this little display,  Vintage Tin National Park.  Must be at least one good model T part in there. 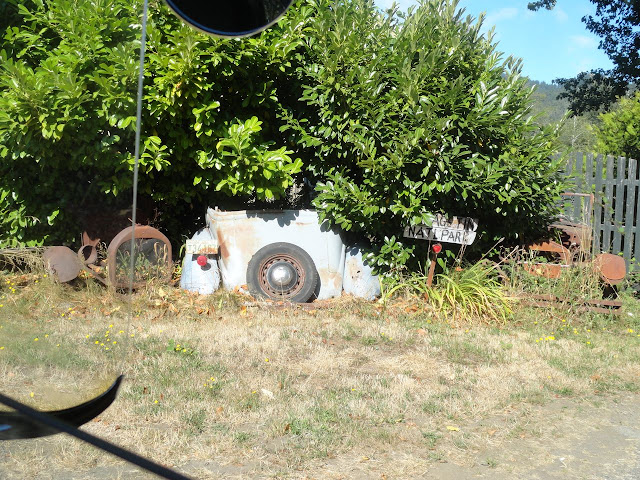 Run for your life, spiders are taking over Oregon,,,, 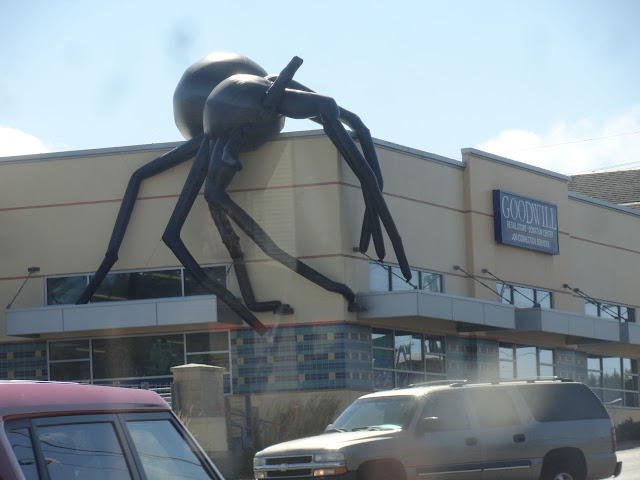 Beaches today were endless, pristine, unpopulated and loaded with driftwood, just had to stop and stretch our legs on this one. 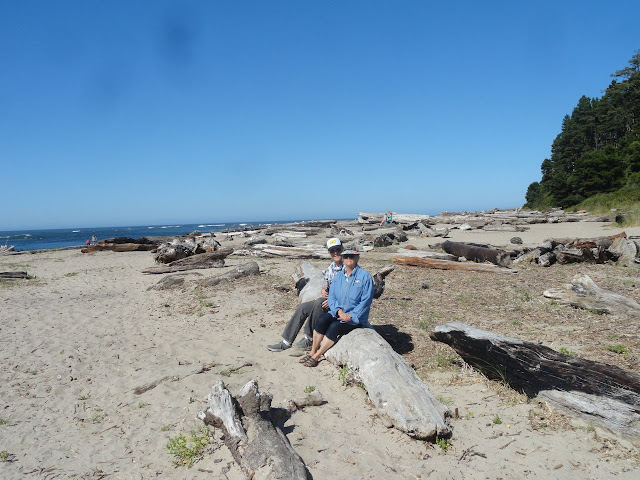 Found the main group having a seaside lunch, spotted at least one small whale spouting off-shore. 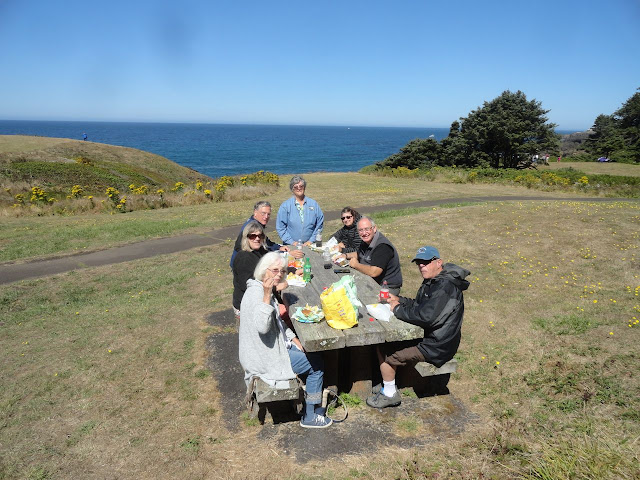 My alternator has been behaving erratically for several days, finally worried me enough that I found the All-Star Auto Electric Shop in Newport, OR.   I peeled it off, handed it to them for a new regulator, put it back on, problem solved.

Approaching Coos Bay, can't help but admire the bridge over the inlet, definitely a work of art. 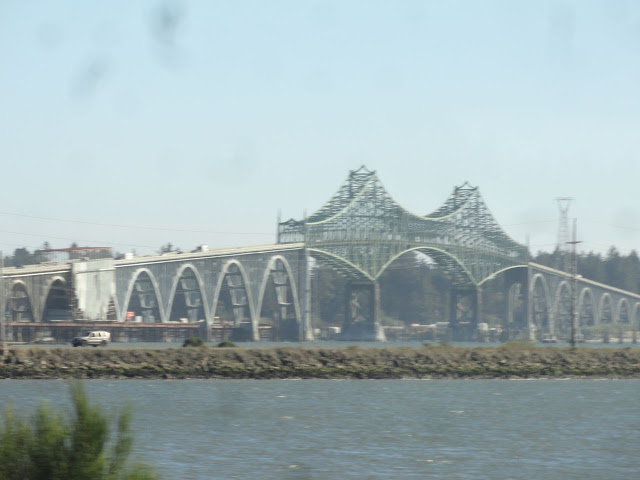 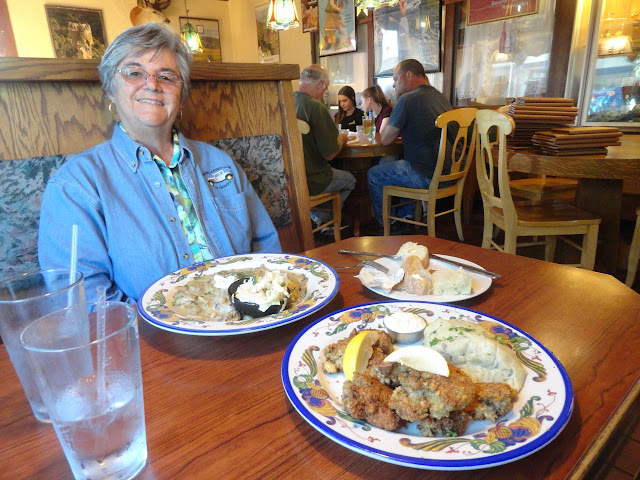 Patti's favorite sign today:  "Life is grand, don't meth it up."   Also along those lines, every one of these beach towns has a cannabis dispensary with the green cross out front.  Good Gravy!!!!
Posted by Bob M. at 8:09 PM

Now we know we should have gone with you guys! Oysters! Looks yummy,
Good gravy? What happened to "good lord"! Neat stops on the way down. When we went to Puyallop a couple of years ago, the cheese factory was a zoo! So didn't stay long.
Travel safe... John and Judy

One day we could have liver and onions, the next day, oysters...