August 29, 2017, Tukwila, WA to Port Angeles, WA, 148 miles.
This was one of those days.   At startup this morning, absolutely dead.  Not a glimmer of life.  I do carry a small battery pack which I hooked up and then cranked the engine and started it.  Not a glimmer on the ammeter.   Checked for voltage coming out of the alternator, good.   Fuse not blown, decided to check the battery, maybe total failure.  Found that the ground cable was completely off.  I looked around for Ray, someone is playing a practical joke.   How in hell did that thing get off?   Glad the car did not die on the stop and go five lane freeway yesterday with no battery connection.      Then we discovered the Garmin not working,  was okay when we drove in yesterday.    This one had a blown fuse.   ???????  Gremlins at work...   Anyway, I had my apprentice fix it for me. 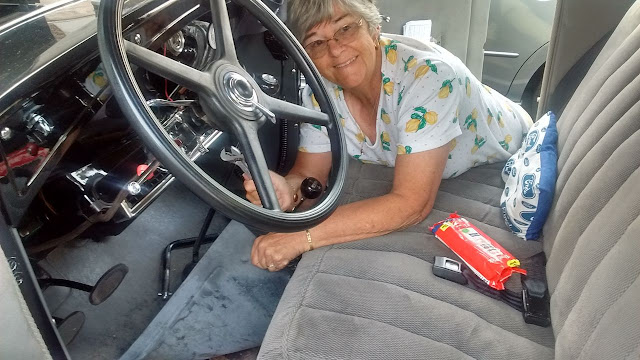 Today was Boeing's Museum of Flight.  The Connie was parked out front.  Not bad for a selfie, huh?
It used to be a restaurant in Canada before it was rescued 10 years ago. 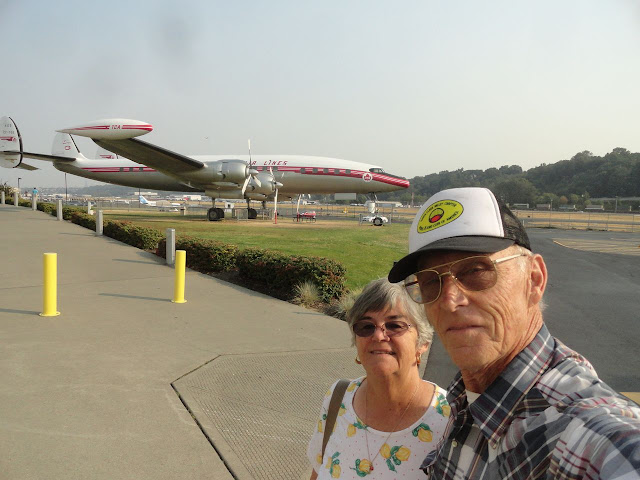 Inside, planes, planes and more planes. 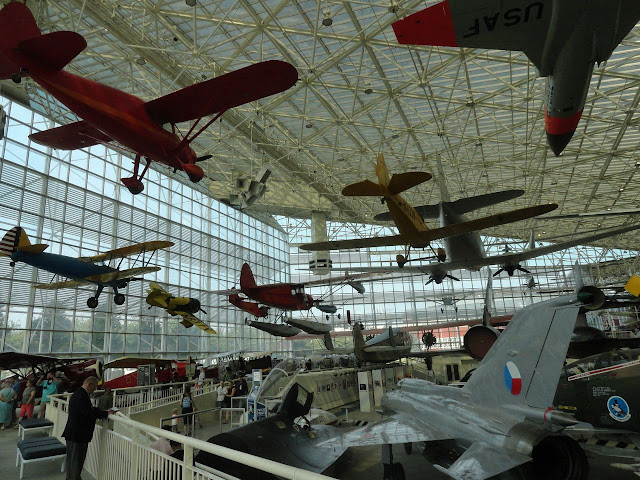 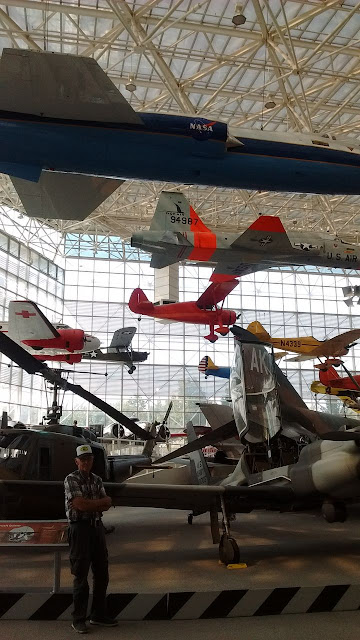 That NASA F104 up there was at NASA Edwards AFB when I was there.  It was an X-15 chase plane.

Even the original Boeing Red Barn,,,,, 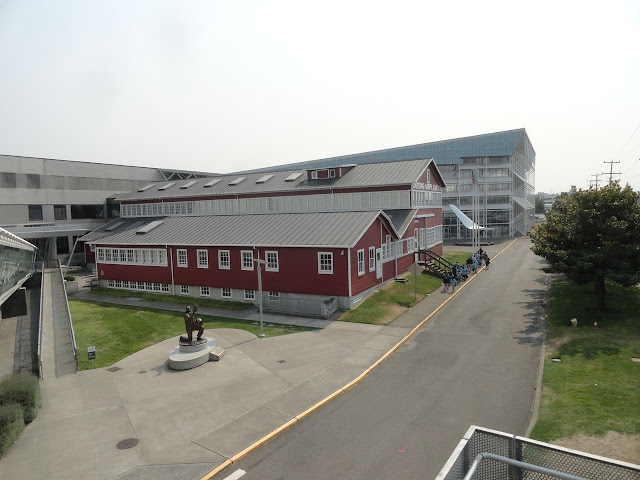 Two hours and we have to move on, five lanes of stop and go traffic at 2 o'clock on I5.  I thing the traffic here in the Seattle area might be equal to or worse than the San Jose traffic, finally broke out and crossed the famous Tacoma Narrows bridge.  Remember the rock and roll bridge way back when? 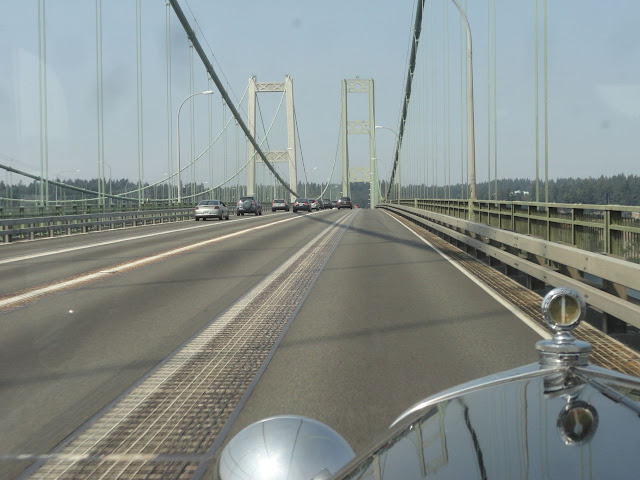 Rolled into Port Angeles where we hoped to meet up with the Victoria travelers who were supposed to be coming in on the 3 o'clock ferry.     Guess what, they changed their reservations, came in on an earlier ferry and are down the road towards Astoria.  (Is this another practical joke?)  Some days you can't make a penny let alone make a nickel.  We consoled ourselves with a seaside dinner.  (And a hot fudge sundae) 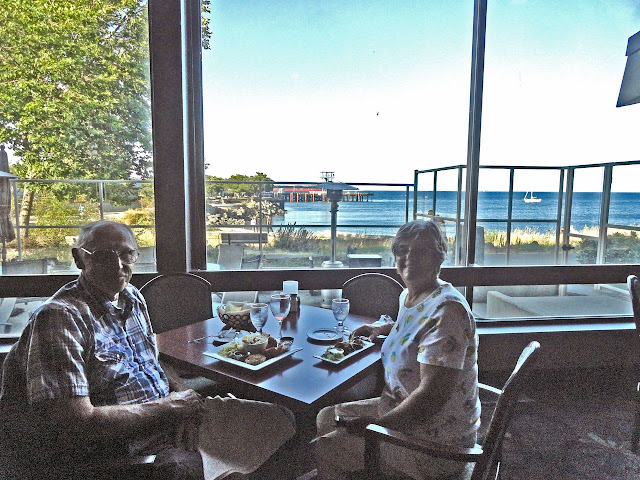 That's it, all the news that is fit to print.

GREMLINS!!! And to think AMC actually named a car The Gremlin!?? (Patti, the battery is easier to access on the driver side...)
B &M B.

Glad you're back on the road and hopefully chasing down the Victoria group. Nice to see the 2 of you enjoying this time together though. Making lemonade out of lemons!

Well, we see empty two chairs at the seaside restaurant. Were those for us? Sorry we forgot to call to let you know we went to Carmel instead. :))))
Bet after the clutch going out, a battery problem was a snap. :))))
J and J