August 17, 2017,  284 miles, Fallon, NV to Elko, NV.  Five summits, the highest was Mt Airy at 6679 feet.  Few little A problems:  Bill Nicholson lost his fuel pump, had to direct plumb his Weber carb.  Chuck Elderton is losing water, I am losing water, and my fan belt adjustment loosened itself somehow, I thought, oh, oh, alternator is fried.  Tightened the belt, and it seems to be okay.  Added a little stopleak, we'll see.

This morning while doing my walk-around, I discovered dents in my radiator from yesterday's hail storm.   Holy Cow!!!  Good thing I screeched to a stop when I did.  That thing is pounded. 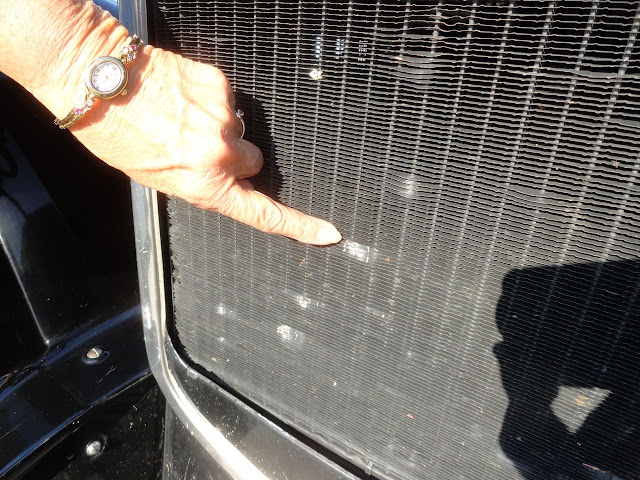 Had the morning drivers meeting, and hit the road.  Next door in the Big 5 parking lot there was another drivers meeting going on.  This bunch of motorcycles are on their way to an American Legion Convention in Reno.   Talked to a couple of them, they do a fundraising ride to the National Convention (Where ever it happens to be).  Last year they raised one million dollars for veterans.    Most of the guys were Viet Nam veterans, although did talk to one Afghanistan vet.   Worthwhile cause really supported by the vets. 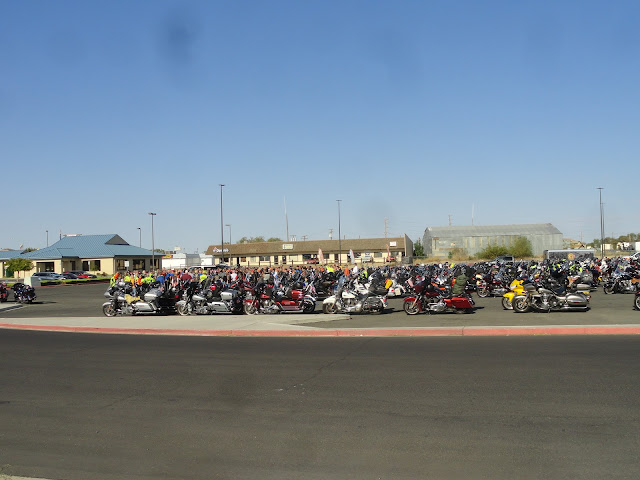 Pressed on to Middlegate,  an old Pony Express and stagecoach stop. 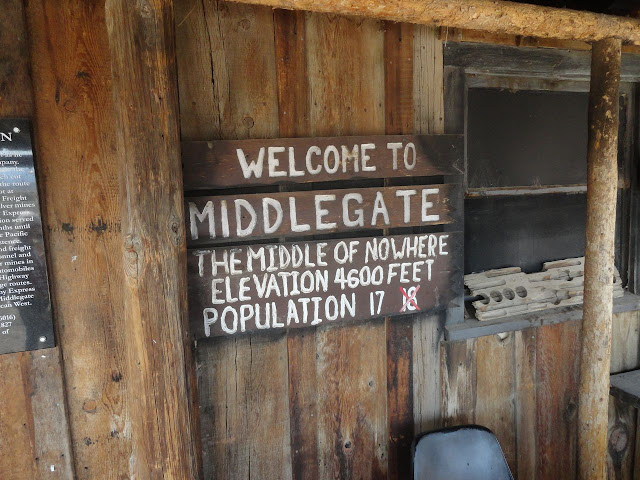 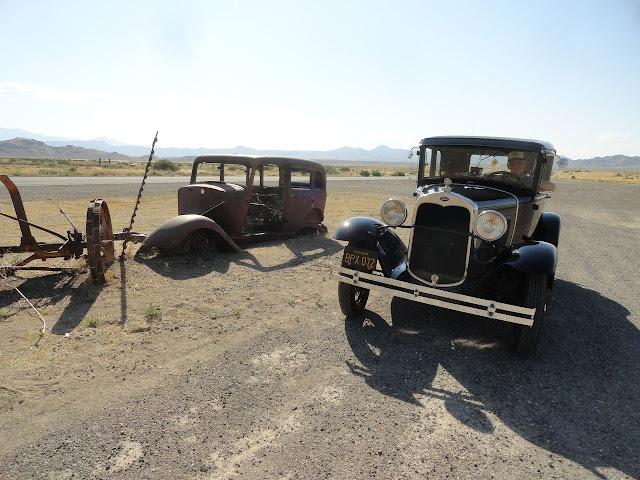 Inside Middlegate, the ceiling was covered with one dollar bills,  Bob Beaman says he has one up there somewhere. 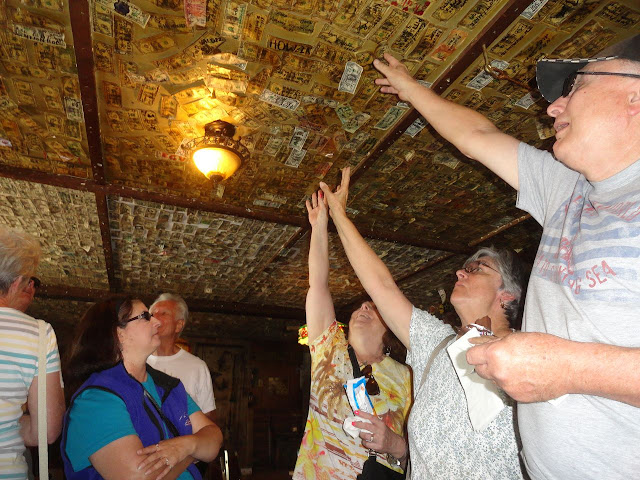 Linda liked the little riding horse, we tried to plug it in to no avail. 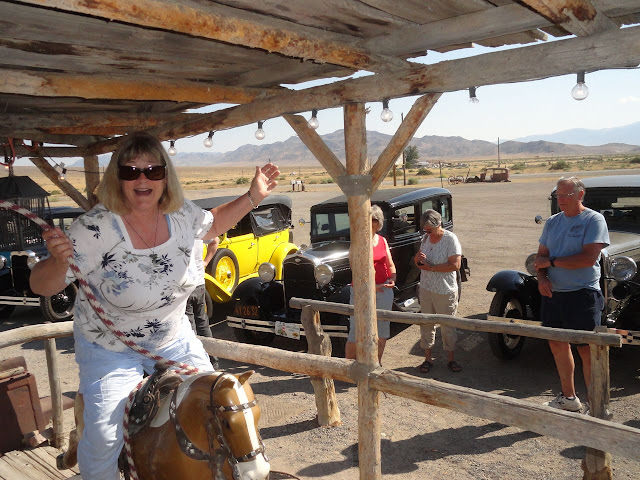 And guess what,  down the road, the shoe tree is still there!!! 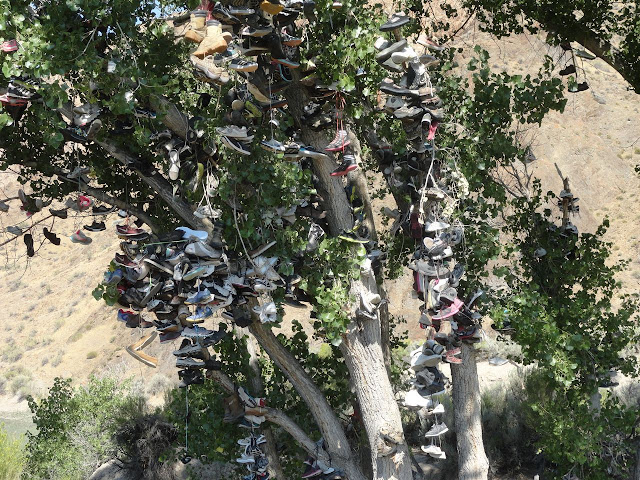 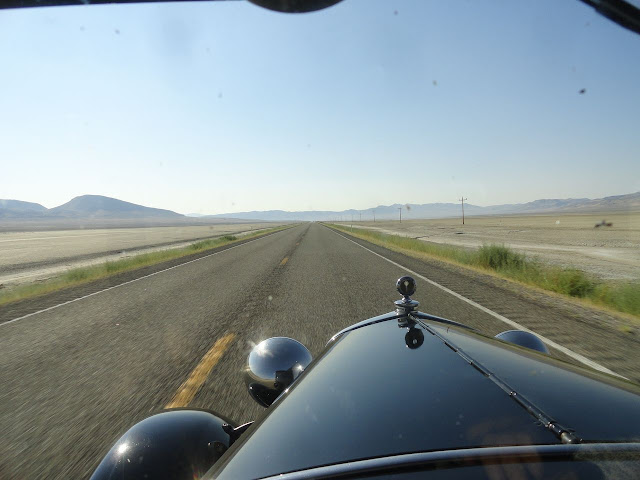 After all, it is the loneliest road. 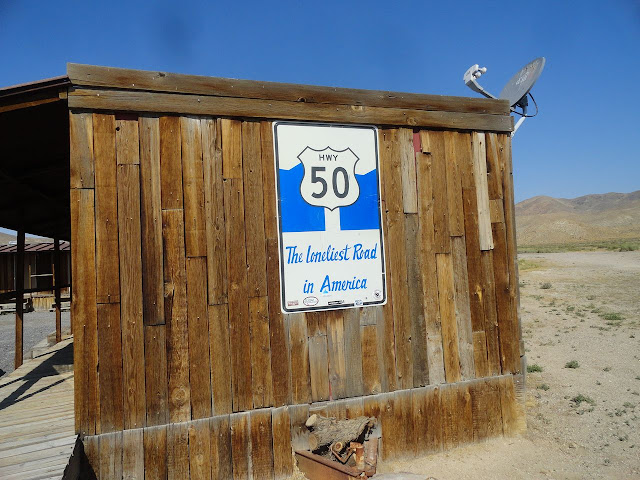 Lunch in Austin, think this is redneck country??? 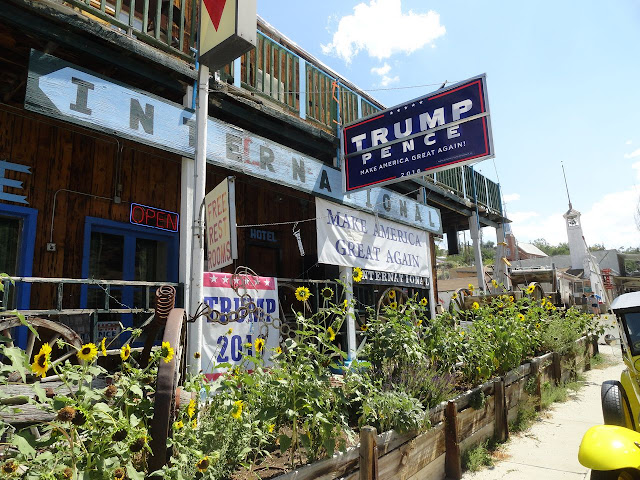 More lonely road on route 305,  not much to do, took a selfie of Pat driving. 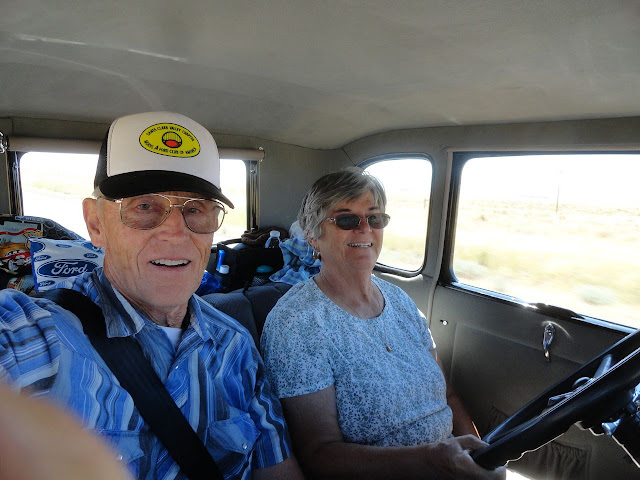 We are in Elko, thriving NV town, driven by gold and minerals.  And this is Basque country so found us a Basque restaurant to stuff our selves. 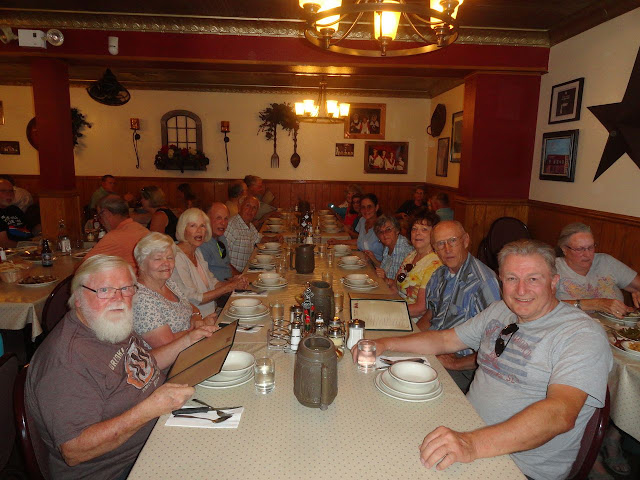 Leaving the restaurant, we were informed that we were on the edge of the redlight district.   My censor won't allow any pictures.     Internet at this motel is excrutiatingly slow, yawn. Goodnite.
Posted by Bob M. at 10:21 PM

Enjoying your comments and photos.

How fun! This group knows how to enjoy life.

In the old days we would have been with you....
John and Judy 😃