Pretty much a free day, so we were left to our own devices, which is always dangerous.  Wandered off to do some whale watching, (local term for watching the loading of iron ore ships on the other side of town at Preque Isle).  They have this huge loading station,,,, 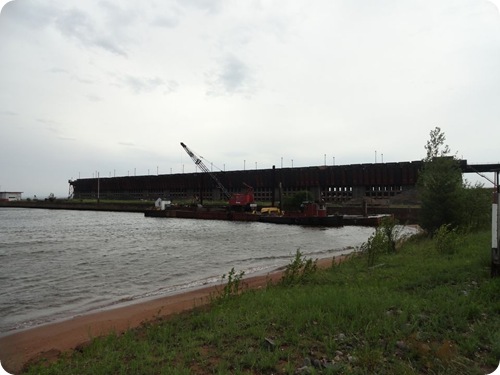 sticking out in the bay,  where iron ore ships pull up alongside and are loaded from chutes that swing down.  Just for size here is a zoom of the previous picture, notice the chutes and the rail cars full of ore waiting for a ship. 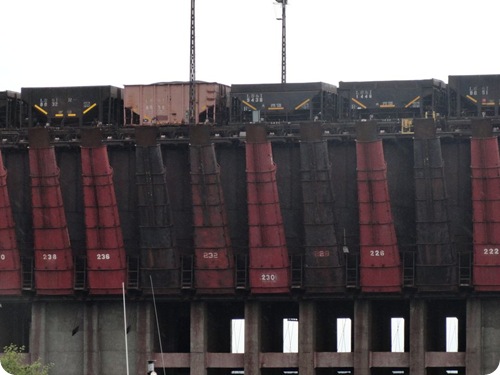 Disappointed that they were not loading anything we decided to find the Bay Point Lighthouse, which looked like about 7 or 8 miles on the map, turned out to be 30 plus at the end of a dirt road. 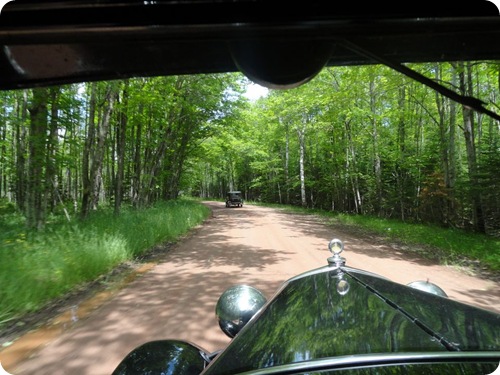 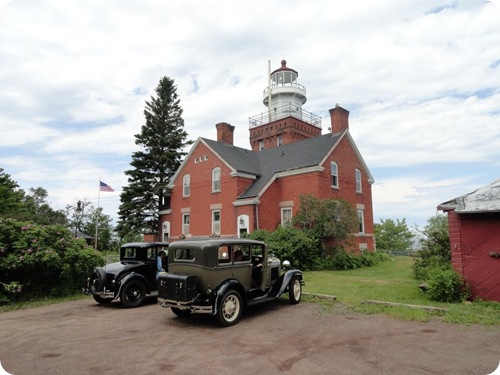 but there was a catch, always a catch…..   We walked across that lawn to look out at the lake and were swarmed by thousands of flies, it was like a grade B horror movie, Pat and Janet dashed for the cars.  I grabbed one picture of Patti’s shirt which shows just a fraction of the flies, you should have seen her legs, she wasn’t interested in holding still for a picture, as you might imagine. 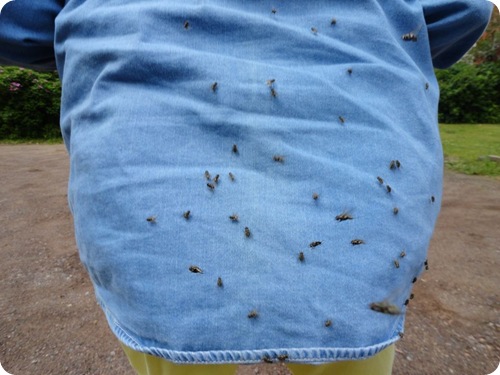 Lot of swatting, and leaped into the cars and made a quick getaway.   I think they will have a hard time selling this lighthouse,,,   maybe in the dead of winter….

Welcome party at the Superior Dome, largest wood dome in the world, 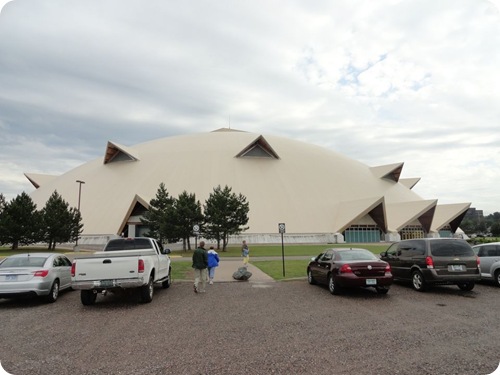 Actually got almost everyone from the Santa Clara club in one spot for a photo,,,, click on this one for a bigger one.

News flash:  Meneelys and Kafers received 25 year MAFCA pins, that was sure a surprise for us.  Christensens received a 45 year pin.   Wow!!

Finished the day off with a fine sunset…. 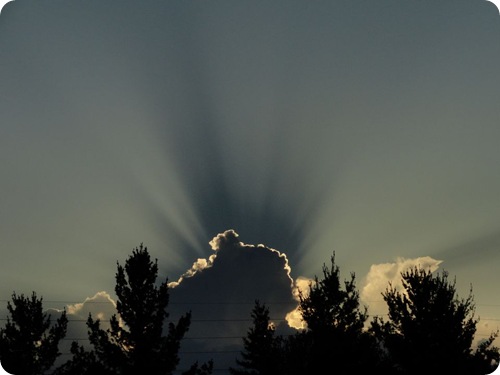 And what will tomorrow bring?

That is a nice group photo of the gang.
Don't bring any flies home with you! Gee, why were they only attracted to Patti & Janet??
-Bob & Mary

Awesome group photo - can't believe you have so many people there. So cool.

Congrats on the 25yrs (has it really been that long?).

Alrighty, have to go let the hamster out - he's hanging from his roof and is staring at me wondering why he's trapped in his cage when it's "morning" time.