Pierre, SD to Custer, WY, 258 warm miles.  We knew we were in for it when the TV predicted record 105 degree temperatures for today, and they were right.  We left earlier than normal to beat the heat, but it eventually caught up with us because we just had to stop at all the great sights.  First stop was at the Minuteman Missile Historic Site.  We wanted to see a silo but they don’t offer tours of the silos.  Did you know there are still 400 Minuteman III missiles on active status? 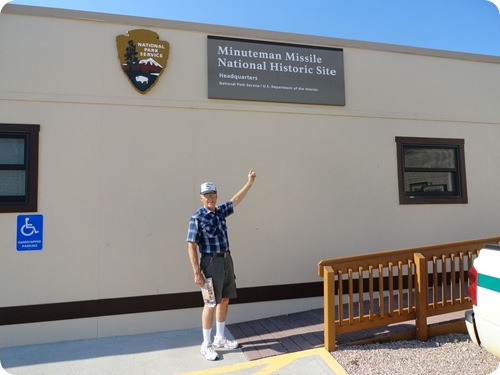 And then the Badlands, actually a very beautiful mix of erosion and grasslands,,,, 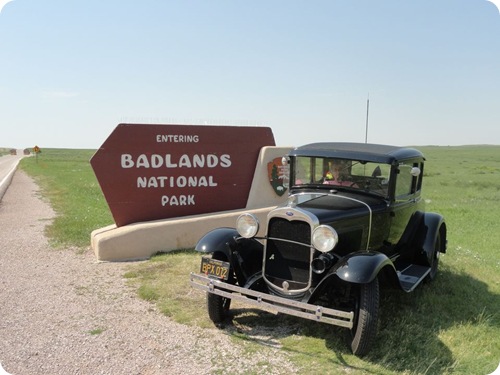 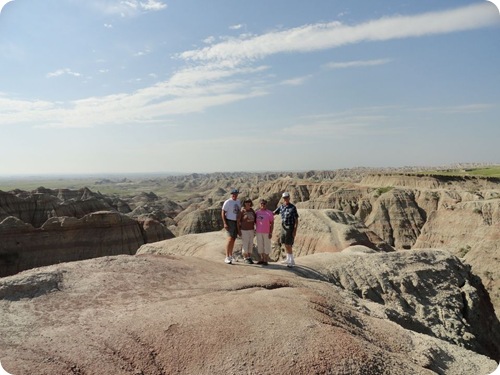 and the other cars caught us there,,,, 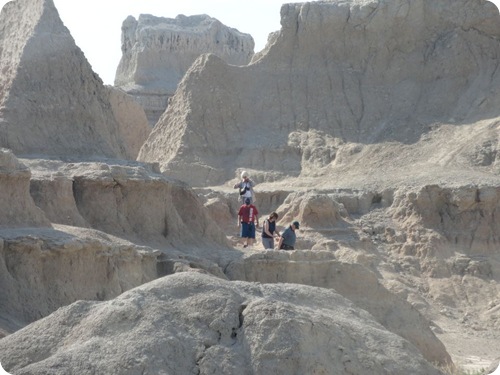 Somewhere in the badlands there is a Model A breather cap, (Bill’s),,,, 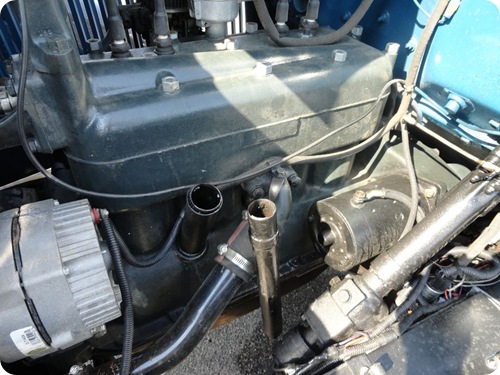 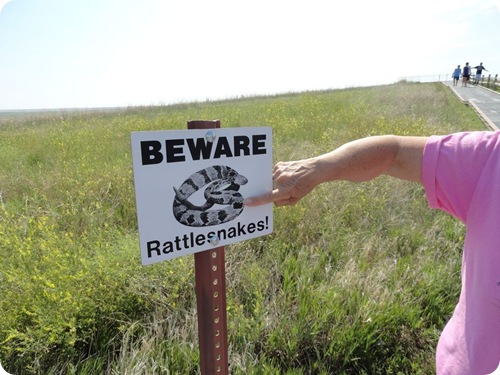 Us tourists got trapped at,,,,, 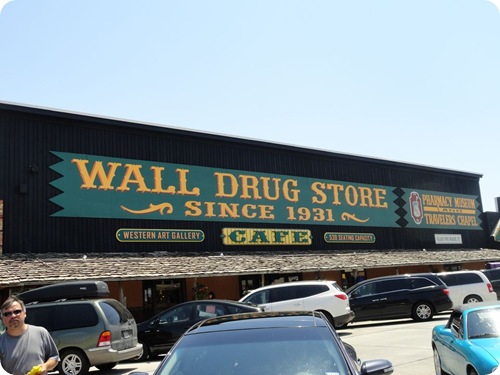 But that was okay, cause the temperature outside was approaching 100 and we took this splendid opportunity to cool off and have lunch at the famous drug store,,,, 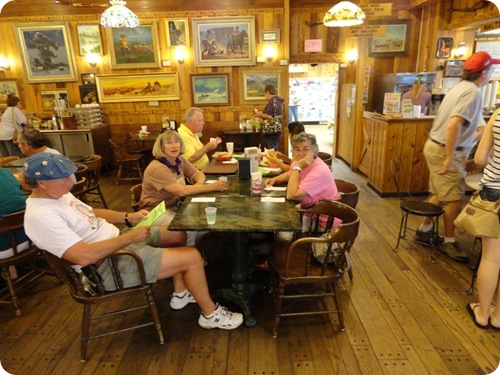 Then the temperature started to cause us problems,,, my A was the first to be struck,  just began to buck and starve with vapor lock, so I stopped under an overpass spritzed everything with water and did a wrap job on the fuel system,,,  and that worked until we got on the HILL up to Rushmore and I had to stop and double wrap it.  That did seem to do the trick.  105 degrees and 5000 feet of elevation are just tough, gas wants to boil. 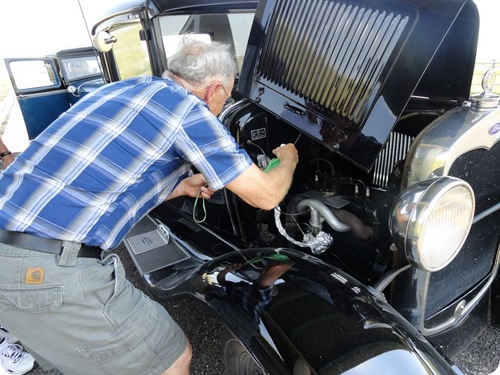 Bill did fine until he got on the HILL, and he came to a complete stop,  spritzed everything, put some foil in strategic places, and he’s okay now also. 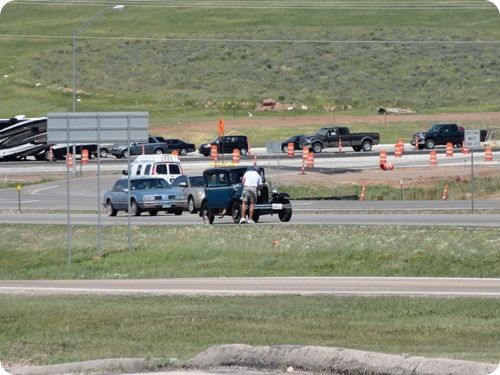 Linda to the rescue with liquids and a new box of foil,,, 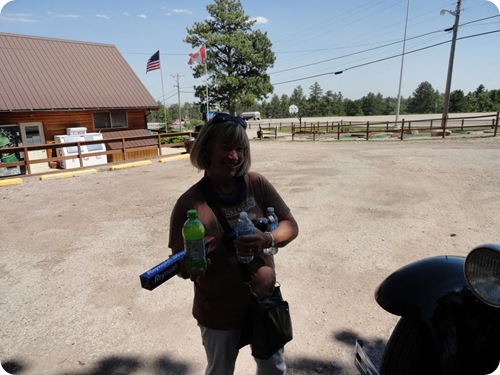 We finally got to Mount Rushmore, with just a little boiling on that last steep hill and waiting in line at the ticket booth, but compared to the vaporlock, that was minor.  Parked them in the shady parking garage  to cool down and went and enjoyed Rushmore, 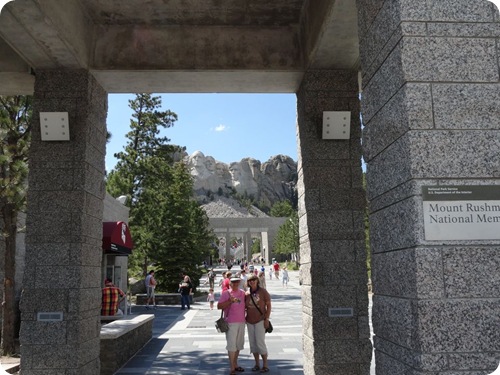 We hear that the other travelers are going back tonight for the evening show, but we just can’t make that,,,,,

You are cooling down, we are heating up. 100 degrees forecast for Kalamazoo area tomorrow. Off to the Gilmore today & places unknown. Nice to have Eric, Jana, Mason & Austin with us. The for of them are going to spend the day in a 1917 Pierce Arrow, huge car, $700,000 restoration.

Glad you got to Wahl Drug...we almost got there once, but circumstances intervened. We're virtually riding on your bumper...
J&J

Oh, those poor A's. Thank goodness you mechanics know how to make things better. Here's hoping you get cooler temps for the rest of the trip. Stay away from Colorado...it's burning up in more ways then high temperature.

YeeHaw! Well, look at it this way...it won't be getting any hotter. Enjoying your travels.
Bob & Mary

Who knew foil could be used for anything other than baking and BBQing? Glad to hear today should be cooler. Rushmore must have been amazing to see in person!

The ladies used to call me The Minuteman. Still on active duty.

Sounds like you guys had a very interesting day. Those pictures bring back a lot of memories. Have agood good tomorrow. Keep Safe
Shirley

I hope you're not bringing us a rattlesnake. We have enough!