Amarillo, TX to Oklahoma City, OK, 278 miles, Patti says wonderful miles, because even though it started out really foggy and rainy, it turned into a delightful sunny and cool day and she found souvenirs for the girls.  First stop was at some wags antidote to the Cadillac Ranch, dubbed the VW patch. 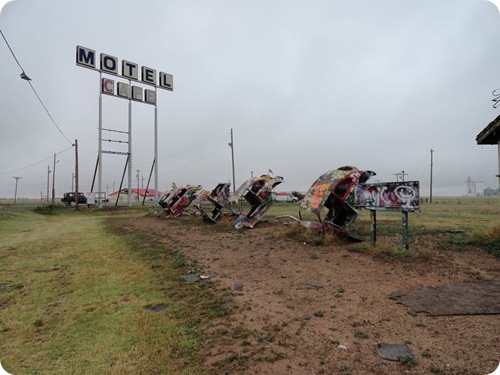 Each little town has some claim to fame.  Groom, TX has this giant cross. Look how bit the A’s look. 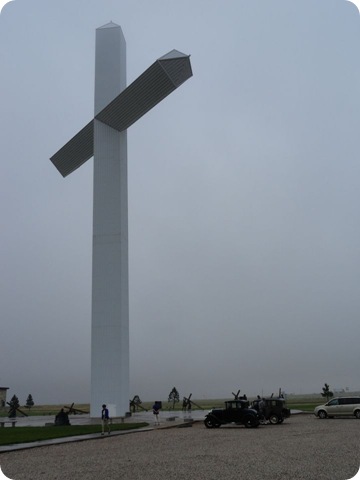 Also in Groom, some jokester made this tower lean on purpose.  We considered getting a bucket of John Deere green but thought better of it. 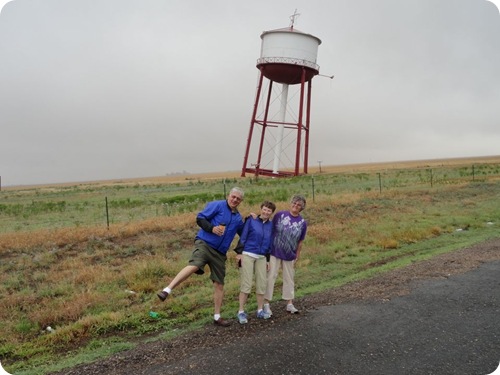 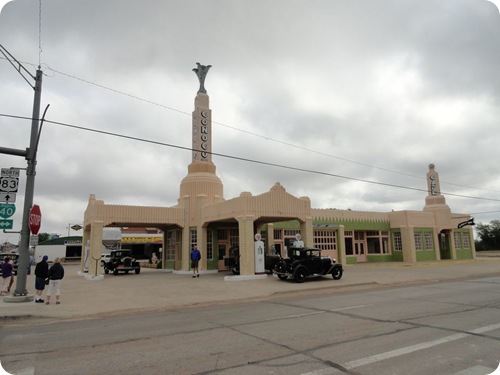 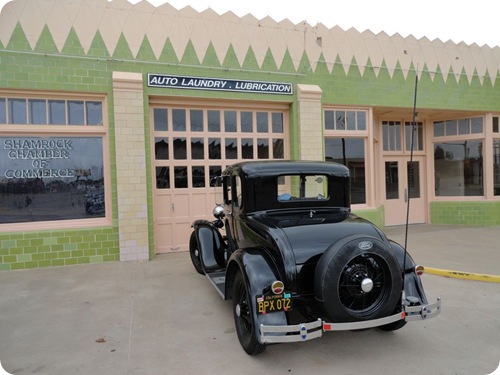 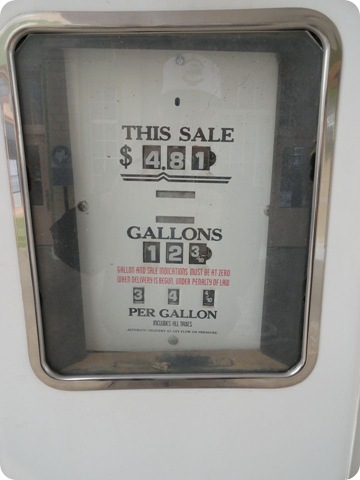 so the group plunged into repairs.  Bill Nicholson had a slightly frayed fan belt, this is slightly, isn’t it? 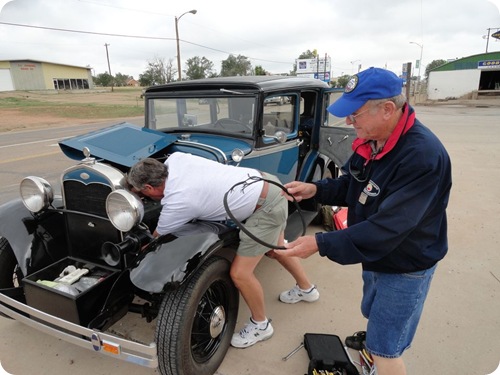 Rich and Ted both had blown out taillights after traveling in the fog for an hour with lights on.  It took longer than we planned in Shamrock, long enough that eventually we met everybody in town.  The guy in the middle is the mayor, Buck Willowby. Incidently, that is the tallest water tower in TX in the background. 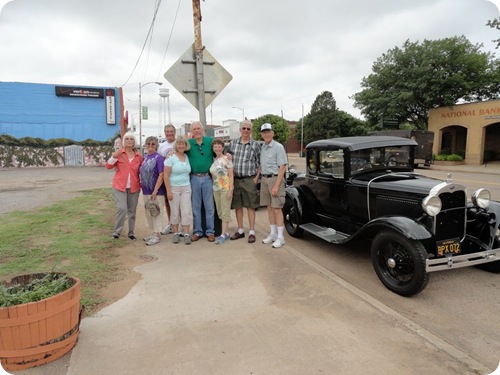 Next stop was Erick, OK at the Curiosity Shop,  where we 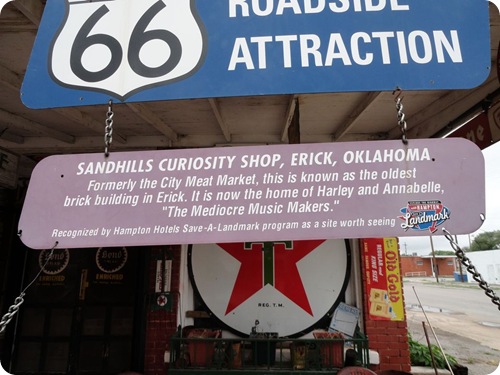 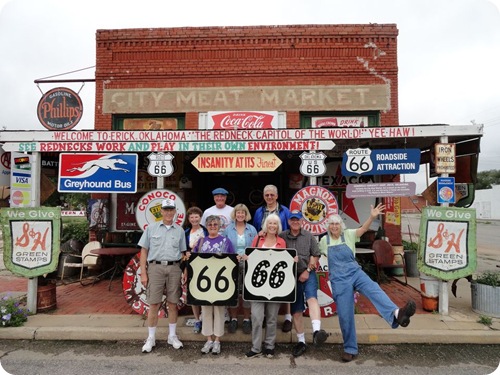 we were entertained by Harley and Annabelle, self proclaimed rednecks from OK. You can check them out on youtube. 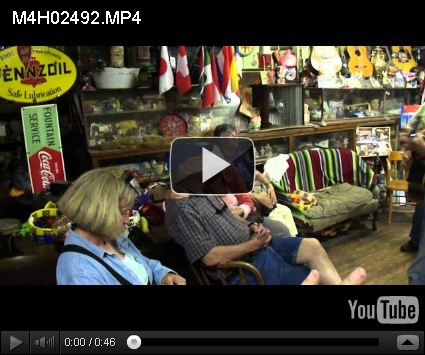 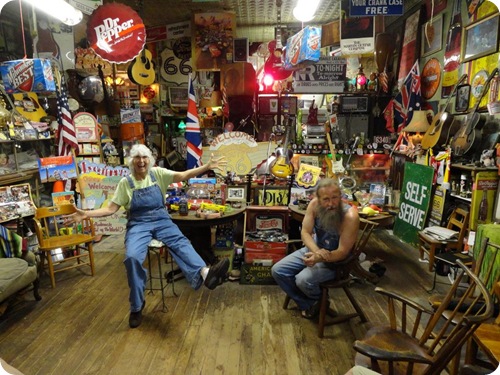 Hit a couple other places, did some hard driving and finished off the day at a little  BBQ thrown by Teds cousin in Oklahoma City. 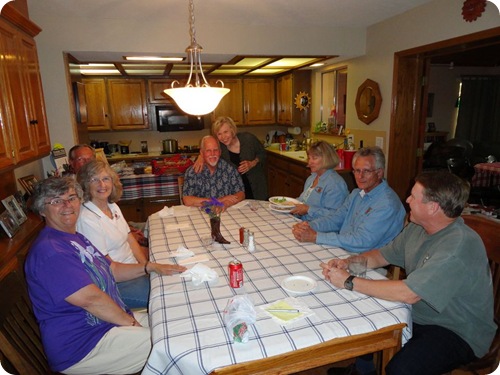 So, today was the day for fan belts. Bill ate up two and Chuck ate up one.  Also Bill lost a shock bolt.  Bill is all fixed but we have to do a disassembly on the phaeton tomorrow morning to get the belt on.  Fortunately, it is a short mileage day tomorrow.

Wonder if it's too late to catch up to y'all...we're missing the adventure.
J & J

What a great day. Loved the combination service station and chamber of commerce office. Rodg

I think Bobby may be correct!
Mary B

It's So great to see how much fun you are all having each day! But you really should stop buying your fan belts at the dollar store ; )
Sharon P

What a day!! You guys have fun even when things don't go your way.

Maybe we can get Harley & Annabelle to come and entertain at our T meeting.

Fun stuff...you guys have a good time and see some interesting things!

PS: I found you a few cute things at a garage sale today! :-)