Oklahoma City to Springfield, MO, 330 miles.  At 7:00 I went over to see if I could help Chuck replace his fan belt, but he was almost done.  Luckily he got by with  just tilting the radiator and the light bar forward in order to get the new belt in.  And Bill had a new bolt already in his shock.   So we hit the road and got onto old 66, which parallels Interstate 44 in Oklahoma, great old two lane road with lots to see.  First stop was at Pops. 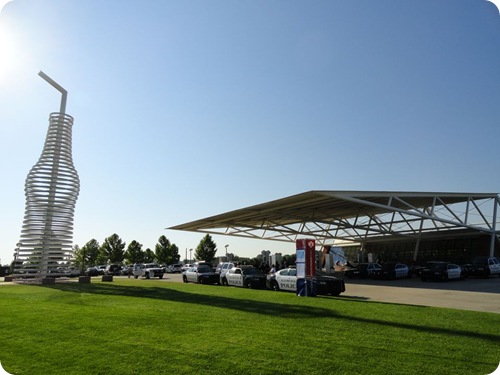 Every kind of soda pop under the sun. 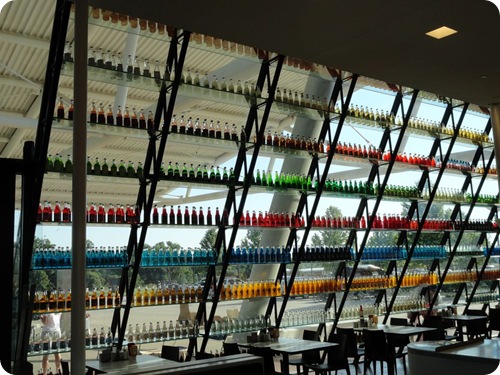 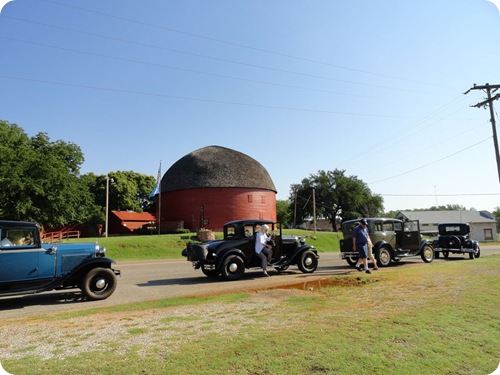 Bob always has to try out the farm machinery,  now just how does this work????? 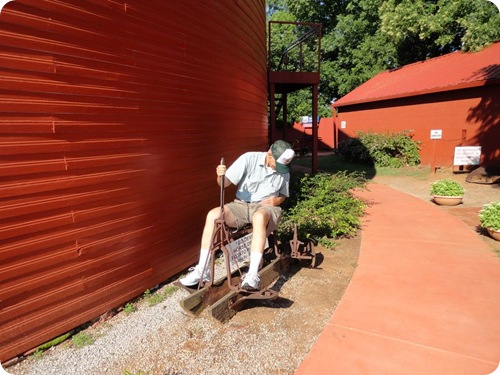 We were really enjoying this two lane road which undulated up and down over the terrain and had so little traffic. 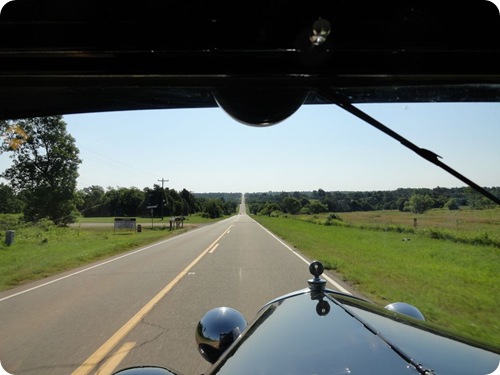 We were dilly dallying along because we were thinking that we had a two hundred mile piece of cake day,  stopped for lunch in Chandler, OK, and hit a good antique store.   And then punched up the GPS and discovered that we still had 300 miles to go instead of 100 miles and it was already 1:00!!!!  Oy yoy yoy!!  Only one thing to do, we jumped onto Interstate 44, which was not nearly so friendly,,,,,,,, 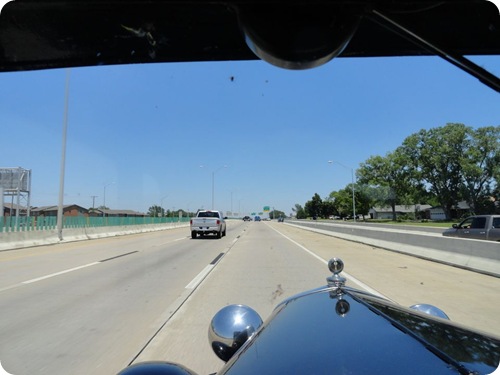 and punched out 100 miles at top speed, canceled our previous reservations and made new ones a little closer.  This did give us a little more time to play around, so back onto old 66 which took us to Baxter Springs, KS and this old gas station. 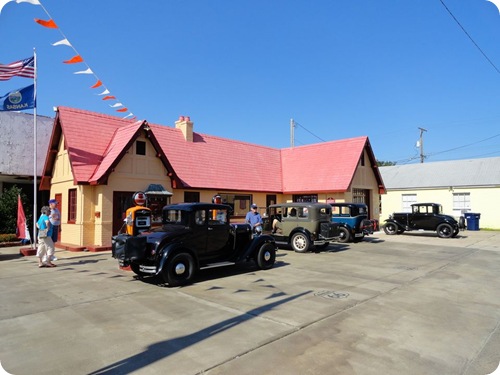 We immediately attracted some onlookers, and were trying to get some good directions because a bridge was out up ahead and our trusty GPS machines could not handle this.  Anyway, we stumbled onto Gabe, nicknamed Crazylegs, you can see why in the following picture. Notice his feet. 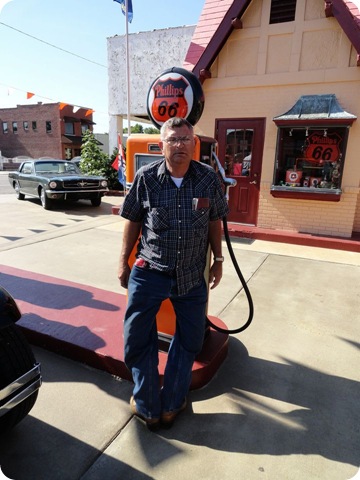 He was rattling off directions, and we were all getting a glazed look after about the 3rd turn, so finally he says, just follow me I’ll get you there on the road to Joplin. Away we went with our personal guide, first stop was at the old Marsh River Arch Bridge,,,,, 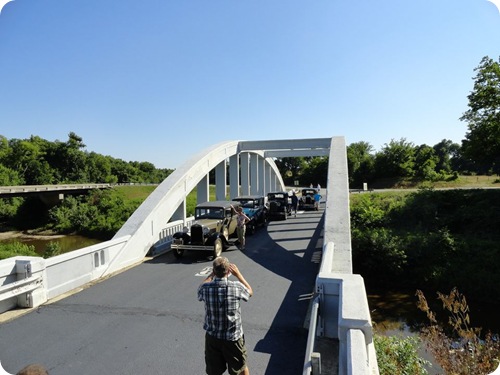 and then at the four women gas station,,,, 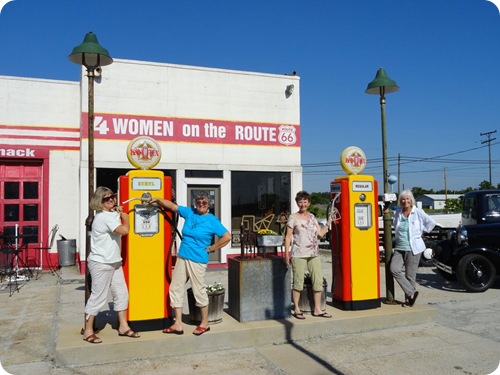 and this was where we found the Tow Mater, the inspiration for that character in the movie Cars. 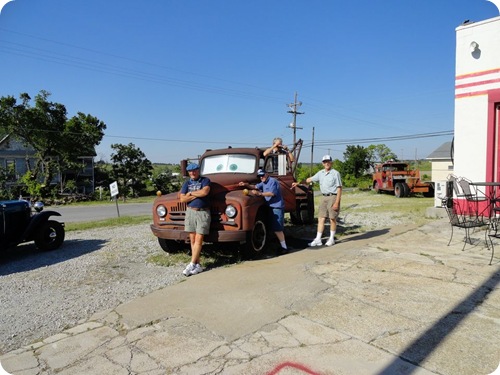 This is getting better every day. I do hope you take another route home so we don't see the same places twice! We're enjoying travelling along.
-B.& M. B.

Who gets the Edsel for the wrong GPS reading? Nice there's a secondary road to take. Keep up the good traveling and pictures. Enjoying every mile of yours.
J and J

Looks like another fun day. Those chicks at the gas station looked pretty sexy..Are those fan belts cheaper by the dozen? Great pics.
Keep safe
S.H

One of Hannah's little friends is a huge Tow Mater fan so I sent the link on to them.

Fun day. Love all the great places you're visiting!!

I look forward to each days adventures. I was getting worried about not seeing your post last night. I guess you did get in late. But better late, then never!!

I wanna be there.
John