Needles to Winslow, AZ, 284 miles.  Click on any picture for a larger version. The day was spent visiting funky places along old route 66.  Oatman was the first stop. 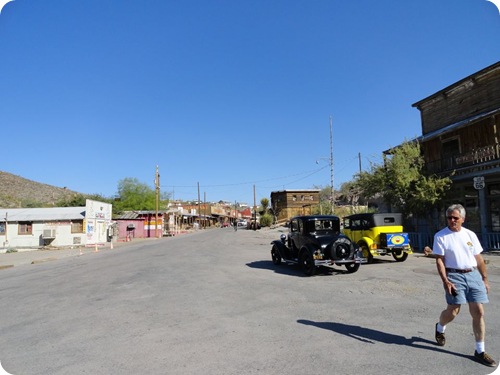 One floppy eared local burro came down to main street to check out the Model A’s.  The ladies fed him carrots and took pictures. 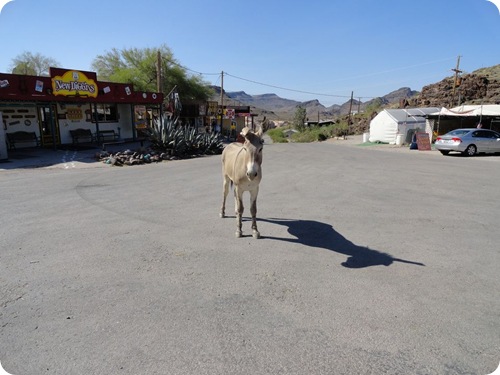 In the meantime, I had a roadside seminar on carburetors, as gas was dripping out quite rapidly.  Don’t know what it is about me and carburetors on a long trip.  Swapped out the Tillotson for another Tillotson which had a frozen needle valve and then swapped that out for a Zenith which ran like crap.  One interesting thing, a guy came out of the woodwork and was looking for someone to buy his collection of old car parts gathered up from the desert.  Took his name and number for future reference, don’t tell Pat.  On the way to Kingman had to make a turnaround u-turn at Cold Springs to look at a Model A for sale, or at least half a Model A. 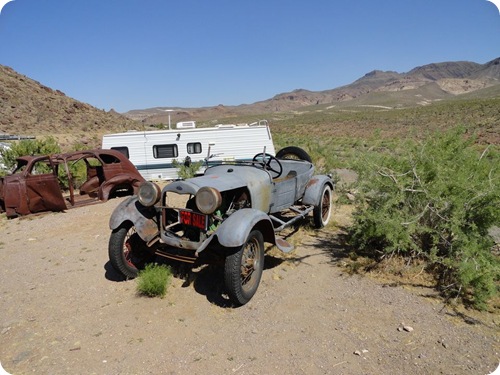 Then Meneelys high-tailed it to Seligman to meet our kids there. 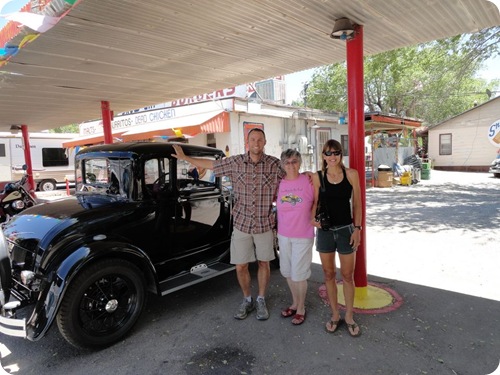 Young Bob and Jane had just spent the weekend in Flagstaff at the Barn Burner mountain bike race, in which Jane was women’s overall winner.   We had lunch of huge milkshakes and burgers in Seligman at the Snow Cap Drive-in, a local fixture for 50 plus years. 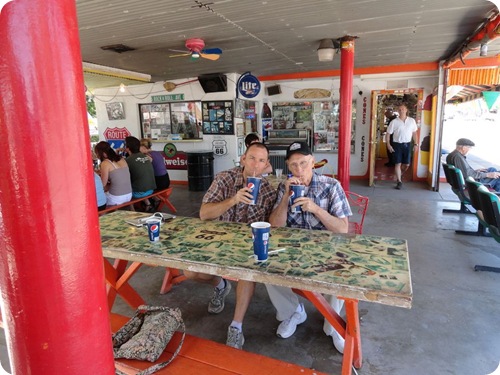 As we waited for the rest of the A group to catch up, we finally saw them coming down the street only to see them make a U-turn and go back.   Turns out Bill Nicholson ran out of gas and had to be pushed into the gas station.  Now that is cutting it close.  They finally did rejoin us at the Snow Cap Drive-in, a route 66 fixture from the 60’s. 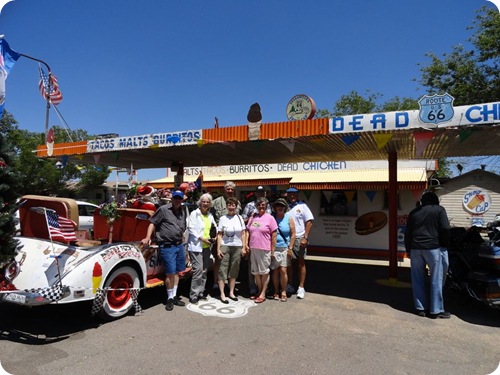 Here is the restroom at the Snow Cap. (Really, it really is!) 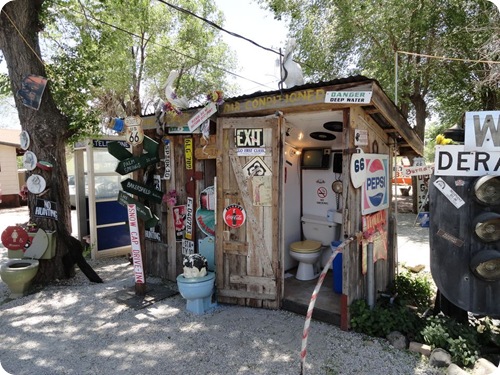 I think everyone is here in Winslow although Chuck may be still out there somewhere working on his car, heard he also had a fuel problem.  Must say that every little town is chock-a-block full of route 66 stuff, old route 66 is a much bigger tourist deal than I imagined.  And they have even put up some Burma Shave signs. 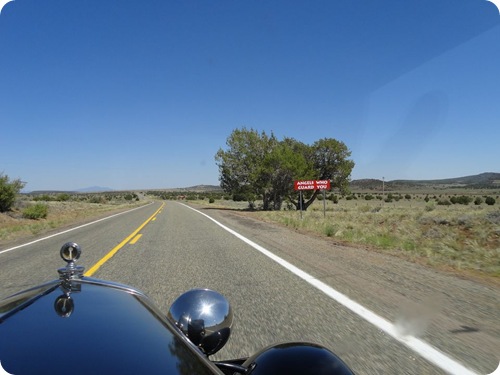 Hey Guys-
Was great to see you!!! The milkshakes were definitely worth the drive to Seligman too.
"young Bob".....I like the sound of that :)

We're glad you're still on the road. We were wondering what happened to you!
-The "older Bob" & Mary
I DON'T like the sound of that...)

Glad to hear you were back on the road. Hope you get to enjoy dinner in the Touquoise Room. Rodg

Just wanted you to know that I am reading the blog everyday. It seems like you are having a great time! Marlayna

What fun to meet up with Bobby and Jane! (Congrats on your big win Jane! Way to go!!)

Route 66 looks so interesting! I think many of us miss stuff whipping by at the speeds we do. You're taking the time to stop and enjoy. Ahhh...just as it was meant to be!

Love reading the blog !! sounds like you are all having an adventure. Bill