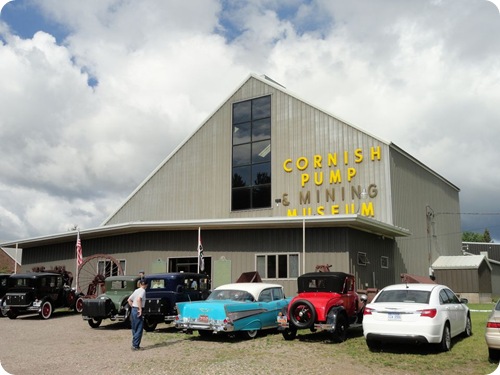 which as you might figure has maybe the worlds largest steam driven pump, 5 million gallons a day, that’s Rich on the right side,,,, 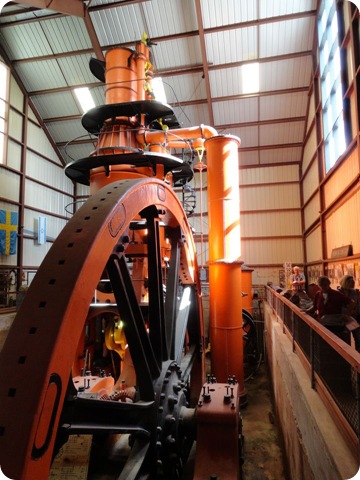 The other really interesting thing at this museum is the glider building.  During WW2, Ford built gliders in Iron Mountain, and they were used all over Europe. 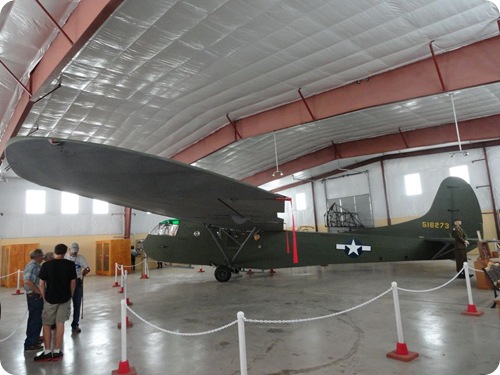 Believe it or not, this thing could carry a jeep, a howitzer and a bunch of troops.  Pretty spartan inside. 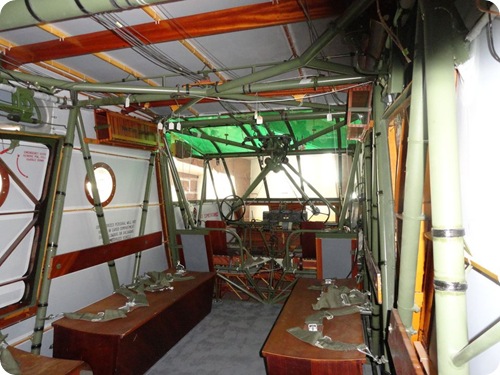 Some interesting facts,,,,,even though these are extremely interesting tours the ladies were quite excited when a rummage sale was pointed out across the street by one of the volunteers . 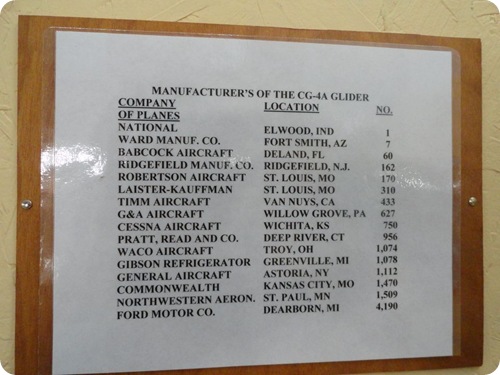 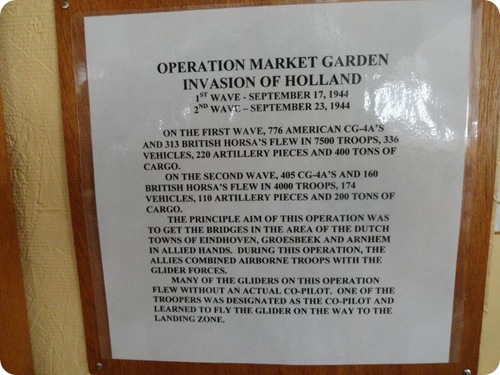 Searched out the abandoned Ford plant at Kingsford, this is where Ford built woodies,,, 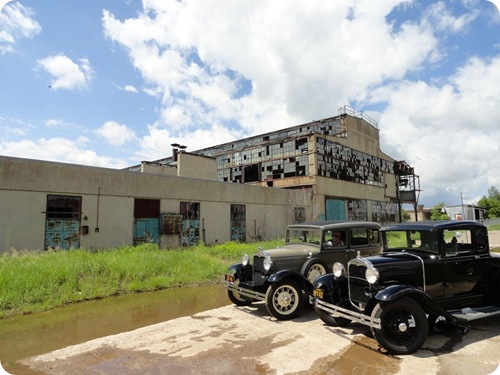 Then back to Ishpeming for a parade and pig roast.  The parade was led by the 20 millionth Ford. 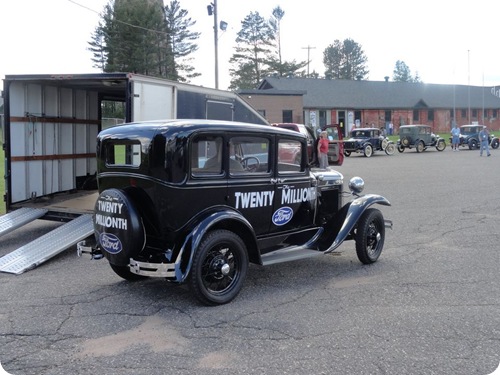 Parade looped through Ishpeming and Nauganee and back, it was fun because the parade passed itself on the way back. The townspeople loved it. 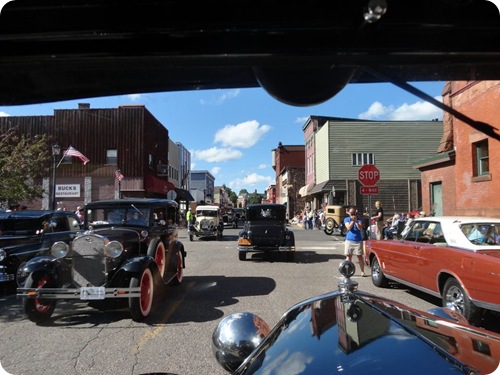 Last but not least, took a little video at the pigroast, the A’s were all in one place and spread all over this park. 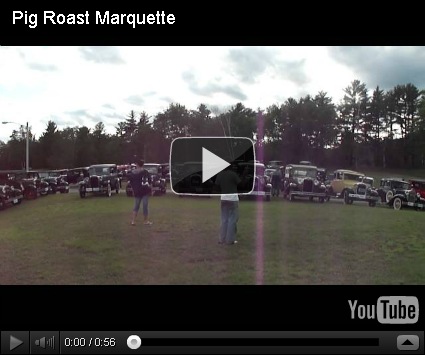 Thank goodness for the rummage sale for the ladies. I hope they got something. Although I admit the things you saw & did were very interesting. What a history lesson.

Now THAT'S a lot of Model A's! I hope you rest up for the trip home,...these daily tours sound like our "Endurance Run."(only every day)
-Bob & Mary

I sure wouldn't have to land one of those gliders if I learned to fly it on the way!